A taste of (fast) things to come

“When are we going to get decent broadband?” is the connectivity question ARTHUR GOLDSTUCK hears most often. He has a few answers. 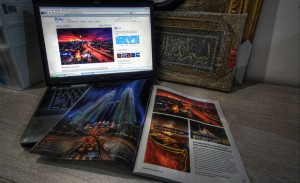 Not a day goes by that I don’t hear this question: when are we getting decent broadband in South Africa?

The answer, usually, is one that the questioner doesn’t want to hear: we already have decent broadband.

Of course, everything depends on where you live and what you can afford.  But my response is usually a further question: what speed ADSL is offered on your local exchange? And typically, the answer is: “I don’t know”.

That immediately brings up an obvious word of advice: “Find out.” That’s usually accomplished by visiting a Telkom customer centre. And there, many people with fixed lines discover that they do in fact have decent broadband; no one bothered to tell them.

The truth is, Telkom are quietly upgrading all their exchanges. Many can already offer up to 4Mbps speeds. Those at the front of the upgrade queue, however, are running at 10Mbps.

Bearing in mind that the most widely accepted definitions of broadband put it at 1 or 2Mbps, fixed line users have joined the broadband revolution – even when they don’t know about it.

Typically, Telkom offers the humorously named “Fast ADSL” at 384Kbps, “Faster ADSL” at 1Mbps, and “Fastest ADSL” at 4 or 10Mbps. If you’re on 4Mbps, and the exchange is upgraded to 10Mbps, you’re automatically upgraded without a rental increase. The ADSL rental component rises through the three tiers from R152 to R289 to R413. The question about “decent broadband”, then, really becomes the question of “affordable decent broadband”.

And no, we don’t have that yet.

For that reason, the market is watching closely what happens next. It is called LTE, which stands for Long Term Evolution, but is just a technical name to describe the next generation of mobile broadband. We will come to know it as 4G.

Right now in South Africa, you are not formally allowed to call it 4G unless it is a specific version of LTE known as LTE Advanced. The International Telecommunications Union has formally defined the standard, but in many countries, like the United States, technologies that are older and a little slower are marketed as 4G without the sky falling in on the providers.

Those are the boring aspects of 4G. The exciting part is what the user will experience. MTN is giving the market a taste of the future with the launch of a small pilot LTE network, available in the vicinity of 100 base stations erected around the Johannesburg area.

The network is accessed through a 4G USB dongle, which is just a little bulkier than one of the typical 3G modems sticking out of laptops everywhere. The version in use for the MTN LTE network is the Huawei E398, which offers a theoretical maximum download speed of 100Mbps, and an upload of 50Mbps. It is also designed to fall back on 2G and 3G networks when 4G is not available. However, during the pilot, it will only connect to LTE towers. MTN says its network will currently support up to 70Mbps, but users will more typically experience up to 40Mbps.

Does it live up to those expectations? Does it just. My average download speed on the modem, across a variety of venues, has been 28Mbps. Uploads average 18Mbps. My best speed, achieved at Melrose Arch, saw the downloaded data screaming in at 40Mbps, and the upload rising to 28Mbps. It was almost frightening, it was so unreal.

What can you do with such speeds? High-definition movies come to mind instantly. More practically, it means downloading software or updates can be near-instant. The 105MB file size of the latest version of iTunes was crunched down the airwaves in less than 30 seconds. The massive 800MB update for the iPhone and iPad operating system, iOS 5, took all of three minutes.

The sad 4G news is that it is unlikely to go commercial for at least another year. But, come 2013, our data dreams will start coming true.