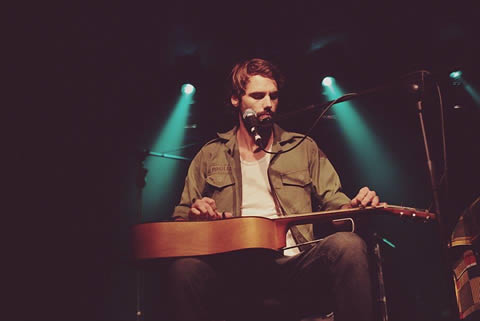 By Andy Davis. Back in 2008 Andrew James ditched his career in web design and has been resolutely plucking away at a career in music ever since. He got some attention with a colab with Gary Thomas called Cabins in the Forest, a few years back and has since gone solo. In 2010, Aron-Turest Swartz (previously of Freshlyground) introduced him to James Van Minnen, and they ended up working with Aron on their first album, Red in Tooth and Claw. We spoke to Andrew James about money, art and being a swamp folk, roots rock outfit, steeped in americana-influences while living in Vredehoek.

Andy Davis: Nice album. I hear a lot of influences on it, from John Butler Trio to Dave Matthews and beyond, but a lot of it is your own. Who are your biggest musical inspirations?

Andrew James: In my formative Years: Paul Simon, Cat Stevens, Nirvana, Pearl Jam & Nick Drake. I used to be a huge Dave Matthews fan back in the day. I loved the way he played polyrhythmic vocal melodies and guitar riffs. John Butler, Ben Harper and Xavier Rudd convinced me to start playing the lap slide and Kelly Joe Phelphs and Debashish Battacharya gave me deeper insight. Locally Micanic, Van der Want and Letcher and more recently Guy Buttery were huge inspirations to me. Then you would have to throw in some Jose Gonzalez, John Smith, Gomez, Ani Di Franco, Damien Rice, Kaki King, Iron and Wine, Jeff Buckley and Wilco for good measure.

I always felt that Cabins in the Forest was like two alleycats mewling. It often seemed like you guys were playing independently of each other, kind of trying to one-up each other. Is that an accurate assumption? Did you have a very competitive relationship with Gary Thomas? Why did you break up?

The duo was essentially two guys who both wrote songs, sang and liked to bust out on acoustic guitars – so the reason for the break up was that there wasn’t enough space for us both to fully express ourselves. I wouldn’t say it was ever a massive ego fight or really competitive but yes, I would agree that you can hear how the sonic landscape is a bit crowded when you listen to Cabins. My relationship with Gary these days is good. There was perhaps a period where we were both on a mission to go out a claim our space as solo artists but that seems to have settled now that we are both recognized. I have a lot of love and respect for the guy.

Tell me about Guy Buttery. How instrumental was he in your growth as a musician?

Guy and I met about 4 years ago. I was blown away the first time I saw him play. Guy plays fingerstyle guitar, which means he uses a thumbpick (pick attached to thumb) and his fingers to pick and strum (as opposed to a plectrum). Many fingerstyle guitar players also have long nails on their picking hand, often acrylic. At the time I was getting into open tunings and fingerstyle playing and Guy was instrumental in giving me advice and putting me onto a whole range of ridiculous, inspirational guitar players. He really helped me to raise my game as a guitar player.

Open tunings involve tuning the guitar to an open chord so that even without pressing any strings you get the chord. There is something so hypnotic about open tunings, you get such rich overtones from the instrument. Acoustic guitars just love open chords, it is what they were built for. I actually haven’t written anything in standard tuning in years. All the songs on this album are in open tunings.

This style of playing led me to the lap slide. Lap slide is what I play in the “Swansong” video. The guitar is played flat on the lap and the strings are raised 1cm off the fret board and a solid metal bar is used to slide on the strings. It also involves open tunings and heavy right hand picking technique.

When we first met you were a full time illustrator / designer, what made you go to music full time?

I have always wanted to do music full time. In a sense I have been doing it with full intention for a while but just not “full time”. It’s just the practicalities of earning a living that get in the way.

Do you make enough money from music to survive?

No, not yet. I make about half of what I need, the rest comes from freelance web design work.

How do you approach your albums? Do you have a specific process?

They are all different. I can tell you how we approached this album. I spent about 6 months writing and collecting songs. I recorded rough versions of these and then would listen to them over time and pick out the songs that really spoke to me. I originally approached James (the Steady Tiger) to work on the album as a session musician. Guy Buttery (acting as producer/engineer) and I recorded a bunch of songs to a click track and then tried to record drums and percussion to it after the fact. The result being an insipid and lifeless record.

We realized that the material had to be brought to life by gigging the songs first and that the recording had to capture the essence of live performance. The vibe that happens on that take were you were both really feeling it and not thinking at all about the results. James wanted in on the project and so the band was born. We gigged the material for 6 months and recorded it 6 months later, together in one room. The approach was to not use click tracks at all and as far as possible record everything in one take. We ended up tracking vocals separately for about half the tracks but there was alway a bedrock that was live and organic and full of “vibe”.

We also don’t have any bass guitar so we actually had my guitar plugged into an extra bass amp. We ended up mixing the signals in post and getting some incredible bottom end out of the acoustic guitars.

Were you trying to achieve anything specific with this. Is there a theme?

Not so much a theme. Maybe a vision. We wanted to marry craft and songwriting with the nuance of improvisation and layered guitar sound and textures. I use a loop station to do this live and everything we put on the album is reflective of what we do live (excepting the odd backing vocal, shaker or cello here and there). We also choose to not use bass guitar and this left a space for us to stretch what we were doing with our instruments. All the songs on this album are composed in open tunings and i often carry the bass lines in the guitar playing. 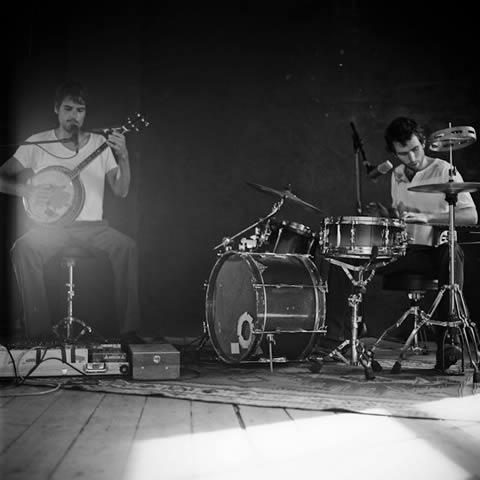 Would you describe this as particularly African or South African music. If so what typifies that?

Not stylistically. James uses darbouka, cajon, udu and frame drum which is a mixture of North African, Spanish and Middle Eastern percussion instruments. I am influenced by Americans, Australians and Indians in my guitar playing so it really is a complete mixture of global sounds. I do believes that the stories are authentic, and in that, there is something African and South African. As far as possible I try to retain a South African singing accent when singing but also believe there is a neutral singing accent that just works and there is nothing wrong with that.

A lot of South African music takes it’s cues from international trends. Which means invariably our music is typified as a weaker version of stronger originals from elsewhere. Do you agree?

I agree that there is a fair amount of weak SA music but I don’t think taking cues from international trends is the problem. We live in a global village. Musicians world over take their cues from international trends. I think it is our market and industry that doesn’t foster enough inspiration, competition, infrastructure etc. This is what results in music that lacks authenticity. Complete originality doesn’t exist there is only authenticity in terms of how you interpret your influences and express them. “It’s not where you take things from but where you take them to,” to quote Jean-Luc Goddard.

Do you think South African musicians need to engage with the culture and traditions from this place – or is it OK to just be influenced by international trends?

It is a nuanced subject. I don’t think you need to play maskandi or sing about apartheid to be authentic as a SA musician. I believe people can smell a fake a mile off so it doesn’t matter if your musical influence is american rock bands as long as you are being authentic in your stories and how you express yourself through that genre. If your songwriting is coming from your head it will sound mimicked and second rate, If you are coming from an authentic place then your stories will have a “South African” feel to them. They will be true to you and your life and people will resonate with that.

I try to get out the way of myself and when I do it comes through effortlessly. This however is easier said than done.

Are you happy with this album? Is this the pinnacle of your musical career or just a milestone along the path?

I am very happy with this album. It is the first album I can actually say that about, so yes, it’s a pinnacle of sorts but I intend to do many more albums and want to always grow and explore as an artist. So I am hoping that the pinnacle is still some way in the future. I might hope that this is a seminal album. 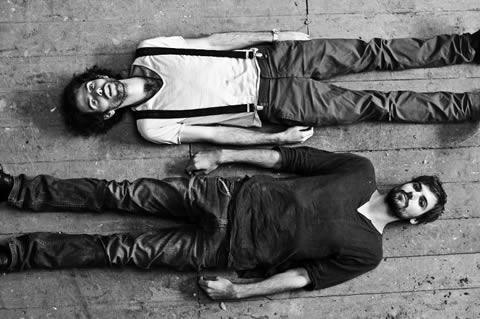 Tell me about Aron Turest-Swartz (formerly of Freshlyground). He produced Larry Joe which was kind of a mainstream South African acoustic pop and R&B album. Now he’s just done yours. Are you a pop project? What did he bring to the production?

Aron produced an album for a local band called Red Earth & Rust which was what sold me on his creativity. Larry Joe may be pop but going back to what I was saying earlier, it’s incredibly authentic and Aron has an ability for recognizing this in others and bringing it out of them. He is an incredibly facilitator. You see, I don’t think our album needed the kind of production that a pop album needs. All the creativity was already there, it mostly needed someone to act as a midwife to the “birth”. Aron was instrumental in keeping a constant vision and intention for the album. He was able to create a space for us to express the songs as honestly and organically as possible.

Is there anything else you want to tell me about this record?

The album was partially crowd funded. We raised R40 000 by pre-selling album on indiegogo.com. We decided that we wanted to hire a producer and an amazing studio and we asked for the help and our friends and fans responded.

– Download half the album here for free, gratis and Mahala.

Reprinted from Mahala with permission.