Modise Makhene on how the Great Recession changed ad land

Modise Makhene, CEO of JWT South Africa, says the singing by protesters in front of the JWT Cape Town office at 30 Keerom Street makes a familiar sound-track, what with its offices situated right across from the Western Cape High Court. The chanting and singing of the well-behaved crowd drifting into the offices on the Velocity building’s third floor is a reminder that ad land can’t afford to cocoon itself from the broader society – here ordinary South Africans are literally reminding them of their daily struggles on an agency’s doorstep. 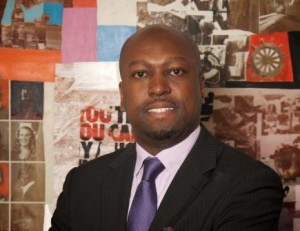 The number of agencies headquartered in the city CBD has been increasing, especially with the arrival of new and smaller start-ups, and it’s good to know Cape Town’s creative heart beats here, rather than in its ever increasingly sprawling suburbs.

Makhene says the Great Recession has brought great change to the advertising industry, forcing agencies to adapt to new business realities or die. Suddenly there is no place to hide, neither for the agency nor the client, resulting in more robust and hopefully honest discussions between the two.

That said, Makhene believes that, as an emerging market, the recession’s dynamics here differ from what is being seen in developed economies such as Europe and the US, whose economies are experiencing continued woe, while emerging economies are seeing an uptick in client.

The uptake of digital offerings, including online and mobile (already well-established in developed markets), is helping drive growth in marketing and media spend, and demand is seeing JWT investing in digital resources.

While a digital division sits with the rest of the creative team, forcing conversation on a strategic level, creatives throughout the agency are increasingly being sent on digital courses to force understanding of this environment beyond the digital team and throughout the agency.

Makhene says at the moment around 7-10% of budgets are going to digital platforms, 40% are going into activations and the remainder into what was traditionally considered above-the-line. Not very long ago, ATL’s share of advertising budgets at JWT was closer to 70%, he says.

Makhene believes the culture of inquisitiveness at his agency helped it adapt and allowed it to embrace the changes sweeping the advertising industry. As consumers become more informed, and thus more powerful, their ability to rebel against brands and brand messages becomes an important factor in how future brands will be developed, he says.

Media neutrality, Makhene admits, is often something more talked about than actually implemented at many SA agencies, but he insists that changing consumer behaviour, coupled with more critical clients, makes it a non-negotiable. “Clients are suspicious if agencies present a campaign primarily driven by TV advertising,” says Makhene, “and they are suspicious with good reason.”

At JWT the creative, digital and strategy teams are co-located and forced to engage on a day-to-day basis, which helps breaks down internal siloed thinking, says Makhene. It forces a culture change and pulls the focus away from a single advertising medium.

Growth at JWT will be driven by growing the scope of work done for existing clients and, says Makhene, as those robust conversations with clients lead to greater trust, it also leads to more work and better budgets, especially if clients are convinced they will see ROI.

JWT is also benefitting from work via its global network, especially in the Middle Eastern and African (MEA) region, thanks to shared case studies, information sharing and work done for sister agencies.

Makhene says WPP (the group that also owns JWT) is set to announce a major investment into expanding its African business outside South Africa. A new CEO is set to be announced soon for a new division that will look at investments, as well as how assets are currently deployed across African markets outside SA. It will fall directly under JWT MEA.

JWT South Africa remains the primary centre in sub-Saharan Africa and will continue to feed work into affiliate offices.

The new business unit will aim to optimise output throughout JWT’s African affiliates and place them on the same quality level as the agency in SA. Makhene wouldn’t reveal the size of the war chest for the unit until it has been formally announced.

Another influence of the Great Recession is a steep decline in staff churn, as poaching levels fall and staff members stick to what job security they have.

While JWT didn’t retrench staff because of the recession, it did put a hiring freeze in place during the worst of it. At the same time, it decided to refurbish its offices to improve the physical working environment of staff. JWT SA employs around 160 people in Cape Town and Johannesburg.

The stable staff base meant more listening, more engagement and a better spirit inside the agency, and that spirit endures, says Makhene.

A greater sense of collaboration between the Cape Town and Jozi offices has been established to encourage the effective use of resources through-out the broader agency. The JWT SA team is one team with one culture across the offices, says Makhene.

Makhene describes his management style as one aimed at liberating and empowering staff – something he sees as essential in such a creative work environment. He doesn’t like drama or office politics and believes in agile and quick but calculated decision-making.

Makhene says JWT will be ramping up participation in local and international advertising award shows. It has been a strategic investment over the past two years and is one that is set to continue. This year, the JWT SA group ranked 16th in the official Loeries ranking lists of winning Creative Circle members while, as individual agencies (and Creative Circle members), its Cape-Town office ranked 23rd and Johannesburg office ranked 25th.

Makhene started in marketing as an intern at Coca-Cola headquarters in the US after studying business and marketing at the University of Iowa and completing a management MBA at Howard University. Back in SA he worked for Tiger Brands before acquiring an interest in a small B2B agency. He headed Primedia@Home for two years as MD before joining JWT SA in his current position.