Now for a no-nonsense DoC?

The Department of Communications (DoC) was upended today when President Jacob Zuma announced his Cabinet reshuffle, with both Minister Roy Padayachie and his deputy hopping Ministries. But their replacements are both no-nonsense women, writes ARTHUR GOLDSTUCK. 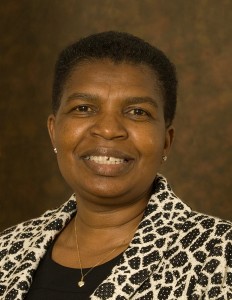 When President Jacob Zuma, ahead of today’s cabinet reshuffle, cast around for a new team to run the Department of Communications, he could have done worse than run a Google search on “non-nonsense” and “women”.

That’s what he has given the Department – and the industry – in new Minister of Communications Dina Pule and Deputy minister Stella Tembisa Ndabeni.

When Pule was initially appointed deputy minister of communications under then-Minister Siphiwe Nyanda, this analyst’s comment was that she had a reputation for her no-nonsense methods and her intolerance of mismanagement.

“This can only bode well for a more active approach towards the decision-making processes in both the Department and in the regulator, Icasa,” was the conclusion at the time.

Unfortunately, Nyanda had other ideas, running the Department like a personal fiefdom, among other attempting to fire Mamodupi Mohlala, who was subsequently appointed national consumer commissioner, while Nyanda himself was fired. In the October 2010 cabinet reshuffle, which saw Padayachie replacing Nyanda and Obed Bapela step into Pule’s job, Pule was given the post of Deputy Minister in The Presidency for Performance Monitoring and Evaluation. Ironically, Bapela has now replaced her in that position.

The new deputy minister, a Member of Parliament since is something of an unknown quantity, but seems to be cut from the same cloth as Pule. On her Facebook profile, she describes herself as “a no nonsense person who likes mingling with different people.

It will be a source of comfort to many in the industry that she is a keen Facebook user – with more than 2860 friends. Earlier this year she was appointed as whip to the portfolio committee on communications, suggesting she is familiar with the debates around the industry along with the language of the industry.

Her predecessor, Bapela, made a spectacular gaffe when he called for legislation to give authorities access to encrypted BlackBerry messages – despite the fact that current legislation already allows such access and that BlackBerry maker research in Motion had gone on record to confirm they would cooperate with law enforcement officials. That he now replaces Pule suggests that the Performance Monitoring and Evaluation position is a role used to groom inexperienced candidates for future ministerial positions. In other words, we haven’t seen the last of Bapela.

The DoC also finds itself with a strong administrative team, headed up by Director General Rosey Sekese. She has shown a deep commitment to transforming the Department into an effective organisation. If she gels with the new ministerial team, it may well make for an extraordinarily effective team.

The biggest shock of the reshuffle, however, was the loss of Padayachie to the Public Service and Administration portfolio. He has served the Department of Communications as both deputy minister (2004-2009) and minister (2010-11), and was regarded as the most knowledgeable minister to occupy that post in more than a decade. He was the first cabinet minister of the 21st century to acknowledge the shortcomings of broadband policy and to begin putting a new vision in place.

However, for some, his words did not seem to translate effectively into action.

The ongoing delay in digital terrestrial television migration as well as the lack of movement on auctioning off unused radio spectrum have been a source of both frustration and bemusement. The political considerations around these processes seem to have got in the way of having a focus on the end-goal.

Padayachie‘s reputation as an industry-insider may well have counted against him as he was required to crack the whip on companies and executives who regarded him as a friend. It is unlikely Pule will have such qualms. Backed by the equally no-nonsense attitude and online-savvy of Ndabeni, she may well be the best shot the DoC has yet had at moving South African communications into the 21st century.

* Arthur Goldstuck heads up the World Wide Worx (www.worldwideworx.com) market research organisation and is editor-in-chief of Gadget. Follow him on Twitter on @art2gee. Reprinted from Gadget.