Idea Bounty crowdsources creative ideas. Organisations put out a pitch, thousands of creative minds from around the globe conceptualise possible campaigns, Idea Bounty shifts through the deluge and places the best ideas before their client. Client picks, creative get anything 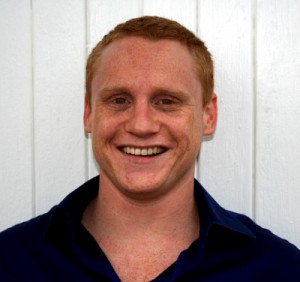 Brands that have pitched for creative ideas via Idea Bounty include Unilever, Vodafone, Levi’s, Red Bull, Capitec and the Financial Times.

The concept originated from a discussion between Stokes and his London CEO Nic Ray into how crowd sourcing can be leveraged by the creative industry. They sat on it for two years unable to figure out how to execute the idea. On one side Idea Bounty needs to be able to guarantee that clients won’t be able to utilise the IP from non-winning entries, while ensuring that the client properly owns the IP of the winning pitch and which they pay for.

On average a single pitch generates 25 000 ideas for the Idea Bounty team to work through. Although most Bounties are once’ offs the group is starting to see clients return on a regular basis. Unilever has done three Bounties already. In the UK market, which generates most of the Idea Bounty business, pitches are driven by agencies keen to access thousands of creative minds across the globe (less than half the creative database comes from SA).

Talking about the creative engaged with Idea Bounty – Stokes say around 500 creatives consistently submit ideas on every brief, and of those a clear handful consistently tops the list when it comes to great ideas. Expect an Idea Bounty leader board listing its top creative contributors in the near future.

Stokes is currently negotiating an outside stake holding in Idea Bounty which will see operations move to London. He also has a ‘heavy-hitter’ CEO in waiting that will jump start the business once a deal is signed.

The talks, says Stokes, is at an advanced stage, and is taking place with a large FMCG multi-nationals’ venture capital arm. The valuation, hints Stokes happily, is quite substantial.

Reprinted from the September issue of AdVantage magazine.