Less and more are relative 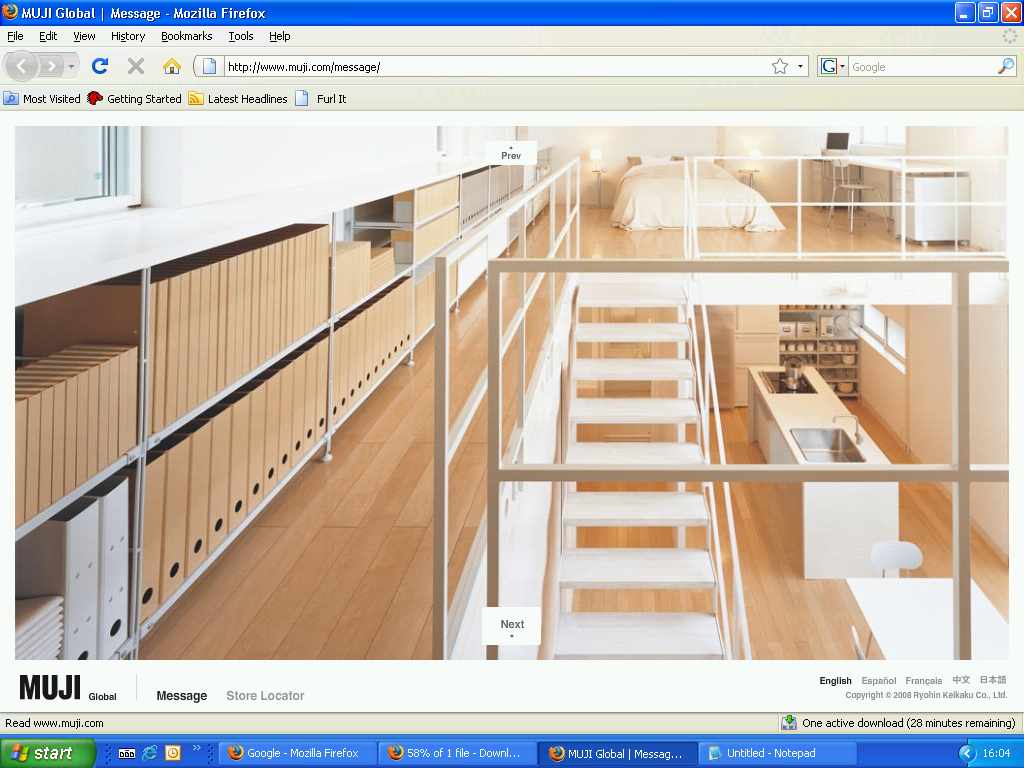 Today we have a guest blog by Olivier Schildt, Creative Director at REX, on Muji, an aspirational brand that went for less, and won.

As the economic downturn leads to budget cuts, particularly in the area of marketing and design, smart companies are asking how they can get the most out of their branding buck. It’s not just a matter of trying to cut costs; they realise that during difficult times it’s more important than ever to ensure that their brand stands out from its competitors. But in an environment that’s flooded with brands jostling for the same piece of the consumer attention pie, achieving this is not easy.

In a snap survey in which creatives were asked how they would differentiate a brand against a background of sameness, many of them fell back on words and phrases like ‘innovate’, ‘think out the box’, ‘go left field’ and ‘create something entirely new’ – but what exactly do these things mean and how can they inform a brand strategy that truly sets a product or company apart?

I’d like to propose that an answer by way of an example. When Japanase store, Muji, launched its philosophy of ‘no brand quality goods’ it wasn’t necessarily breaking new ground. (After all, the same concept has been done here in South Africa with Pick ‘n Pay No Name Brands).  But somehow the simple, anonymous understated look caught people’s attention. The question is why. When did plain wood and brown paper become vogue? Is it simply because Muji, an aspirational brand did it, or because what they were doing was so different from what was out there at the time that people couldn’t help but notice it?

I’d argue for the latter. It’s not so much what Muji did from a design point of view as what they didn’t do. In other words, their brand concept worked because it considered what was out there (clutter) and, given this, what would stand out (minimalism). The point relates back to two things we already know. Firstly, brands don’t exist in a vacuum. They are more or less eye-catching, innovative, conspicuous relative to other brands. Secondly, its a simple business truth that if you want to set yourself apart from your competitors you’d better make sure you know what those competitors are doing.

In other words, smart branding and design takes into consideration what’s already out there – and then does something different. Because it’s relative, it’s also constantly evolving. To get back to the Muji example, it won’t necessarily always be the case of ‘less is more’. Muji’s plain wood and brown paper would have receded into obscurity if the market was flooded with minimalism. Under those circumstances, heavily worked and intricate design would have stood out.

So design is not about following trends or being different for the sake of it – it’s rather about recognising what’s out there and developing an understanding of the experience that this ‘whole’ creates for the consumer. And then doing something strategically other. When brands accomplish this, they breathe a breath of fresh air into the market that makes everyone turn in the direction of the breeze.

Of course, this is not a new concept. But perhaps its one of which we need to remind ourselves as consumer fatigue grows, customer attention span decreases and businesses demand a greater return on their branding investment.