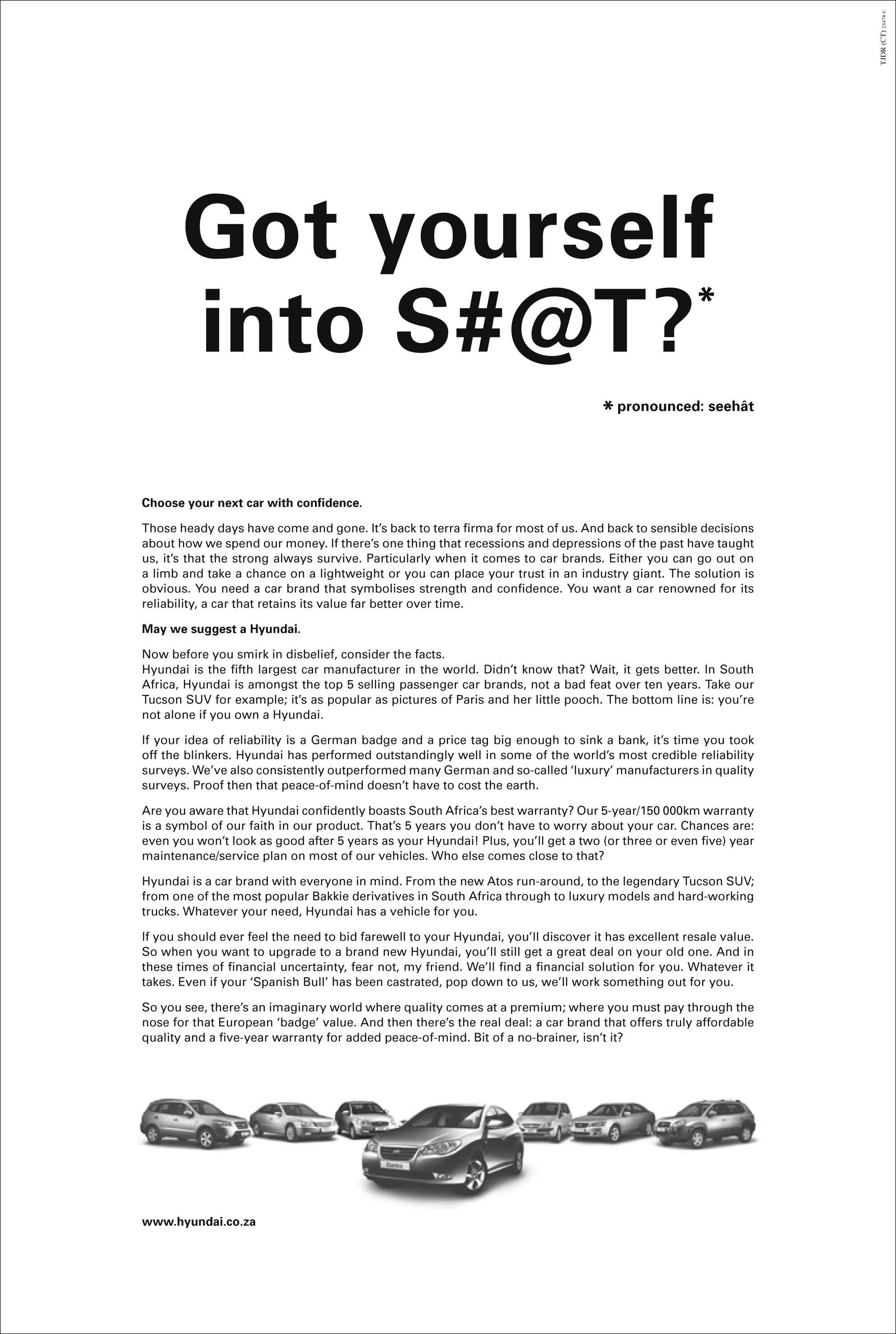 Volkswagen SA recently announced that they would cease sales of their SEAT vehicles in South Africa by the end of 2008. Agency Jupiter Drawing Room Cape Town and its client Hyundai saw the gap and came up with this cheeky ad which appeals to former owners of the SEAT to consider purchasing a Hyundai instead.

The ad’s headline reads: “Got yourself into sh#@t?” Below this it says: “*pronounced seehât.”