by Carey Finn (@carey_finn) In a move that will strengthen Publicis Machine’s positioning as a creatively led agency, former group executive creative director, Gareth McPherson, has been appointed as the new managing director, filling the shoes of Neal Farrell. McPherson has also taken on the role of chief creative officer, and plans to use a design-led approach to drive the agency forward.

McPherson has been a core part of the creative team since the agency’s inception as Machine in 2012, playing — as one of the founding partners — a key role in the industry recognition gained over the years. Named as AdReview’s Breakthrough Agency of the Year in 2013 and MarkLives’ One to Watch for South Africa for 2015 and 2014, the agency has made a name for itself in South Africa, placing among the top local agencies at Cannes. 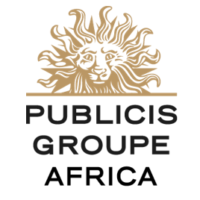 “Gareth’s creative expertise and insight has been instrumental in positioning Publicis Machine as one of the country’s leading integrated communications agencies, making this an easy decision,” says John Dixon, Publicis Groupe Africa CEO. “I am confident that he is the right [person], at the right time, to take this agency to the next level.”

McPherson, who picked up the reins in December 2018, is, for his part, ready to take on the challenge. “Over six years, we’ve positioned ourselves as one of the agencies to be reckoned with, and we now find ourselves rubbing shoulders with the big, industry-leading agencies,” he says. “Our agency has always been built on creativity. It isn’t something we pull out of the workflow chart at stage four to add some colour to a client presentation. We employ creative thinking at every level.”

He says that creative solutions, regardless of the medium, are Publicis Machine’s key product, and what clients ultimately craved: “What clients are wanting is efficiency, agility and delivery, all underpinned with great work. I think that, coming from a creative, channel-agnostic background, I can add value from a solutions point of view.”

He adds that he would be bringing a strong design lens to production, emphasising work that “looked good” and would “come to life,” irrespective of the format and platform.

With the intention of bolstering the agency’s ability to provide creative solutions, McPherson has made several strategic hires in recent months. These include Sarah Browning-de Villiers in the role of chief content officer; Amanda Alves. who heads up digital; Bernadette Marais as head PR strategist and Ruddy Gatare as strategist. Moagi Bodibe remains the agency’s chief strategy officer in Johannesburg.

Having a team of strong leaders on which to rely is essential to fulfilling his dual role, says McPherson: “It’s not about an individual; it’s about a team. Leadership isn’t about managing people — it’s about supporting your employees.” He adds that ensuring the agency has the right skill-sets and people on projects is the secret to its success.

Meshing creativity with what might be termed the business side of things is something McPherson says he’s been familiar with since the early days of Machine; he is well aware of the potential impact that creative decisions could have — positive or negative — on an agency as a whole. He says that the support offered by the broader Publicis group in areas such as talent and finance makes it easier for him to fulfill his double responsibilities. Another key source of assistance is having former CEO and founder, Adrian Hewlett, who stepped down at the beginning of 2018, on call for consulting in a non-executive capacity.

When it comes to goals, McPherson says that he hopes Publicis Machine would break back into the accolades scene after an all-Publicis awards sitout in 2017/2018. “I really feel like this is going to be a good year to get great work back onto the scene,” he says. “Overlay that with the talent we’ve brought in, and our ambition and drive, and I think we’ll succeed.” Going for gold would mean extra value for the agency’s clients, he says.

Recent areas of focus include Graham Beck Enterprises, which appointed the agency late last year, and corporate communications for Pernod Ricard. As part of the latter, over the 2018 festive season, Publicis Machine rolled out a campaign promoting responsible drinking.

Another key project that the agency is working on is the upcoming launch of the retail stores of bespoke sustainable luggage brand, Sealand, across SA. “And there are more in the pipeline,” he says, “so watch this space.”

Carey Finn (@carey_finn) is a writer and editor with over a decade and a half of industry experience, having covered everything from ethical sushi in Japan to the technicalities of roofing, agriculture, medical stuff and more. She’s also taught English and journalism, and dabbled in various other communications ventures along the way, including risk reporting. She is a contributing writer to MarkLives.com.