by Herman Manson (@marklives) Daniel Ting Chong, a graduate of Design Indaba’s Emerging Creatives platform, is behind the event’s creative campaign this year. We chat to him about the campaign, his design process and the best advice he would give a young designer today. 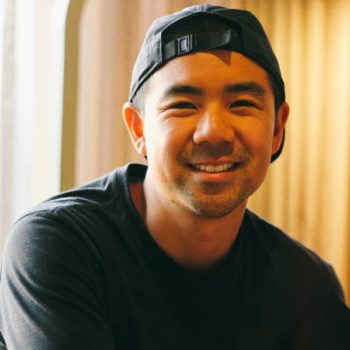 Explain the concept behind the Design Indaba 2019 campaign?
Daniel Ting Chong: I intended to stay true to the overarching conference theme of “What can AI do for you?” by creating a brand identity that was also created by a rudimentary approach to mimic AI. I felt that the concept was strong but also fun in its approach. We created a system: a set of rules that would apply to us and computers. A way for us to combine, to try something new and practise creativity together. There are 13 created shapes in four colours that the computer selects through a script. We add physics to the shapes and have no idea on what the final composition will be as it depends on environmental parameters around the shapes and where it may bounce and fall on the layout.

Each execution is completely different, which extends the identity into something unexpected and modular. The organic nature of the falling shapes leaning on one another is intended to communicate the concept of a support structure. Each shape represents us as humans relying on each other and highlights the fact that, across all disciplines of design, we can help each other to create the unimaginable. The computer also assigns a sound for every shape it selects, resulting in an intriguing play of notes distinct to each layout. The more shapes there are, the more intricate the sound design. The copy for the identity is also selected by the computer. I worked with Paul White to develop a document of words from which the script selects, which is utilised for banners, social media posts and print executions.

You’ve talked about the campaign being simple by design. Is it what happens when you take human emotion out of the design equation and leave it all to AI?
DTC: The campaign is simple in its appearance by utilising geometric shapes and a singular typographic family but by no means simple in thought and the mechanics that put it together. I have noticed various visual interpretations of what the ‘future of design’ looks like or if AI had an identity and it always feels similar, by most approaches having an arrangement of gradient colours and delicate typography. There’s nothing wrong with this approach at all; however, I wanted the campaign to appear simple as the concept would be easier to communicate. Each shape represents us as humans relying on each other and highlights the fact that, across all disciplines of design, we can help each other to create the unimaginable.

Do you think as a tool that AI, in its current phase of development, has been overhyped?
DTC: AI has been tipped as the fourth industrial revolution and being in this unknown phase does lend itself to people having numerous conversations about where it’s going, and what can and can’t be done ethically with it. I don’t think it has been overhyped but is rather on the tip of everyone’s tongue. 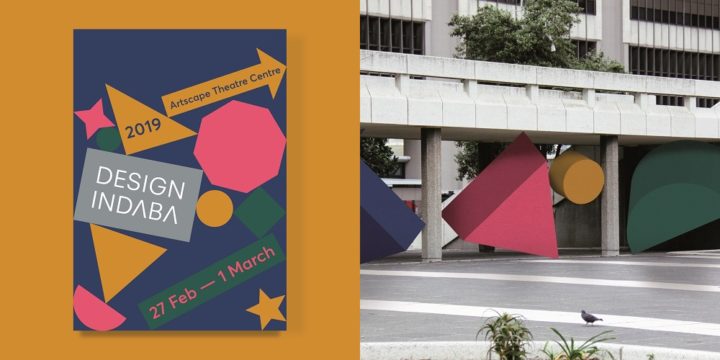 How will you bring the campaign into Design Indaba’s physical space at Artscape?
DTC: For the different signage executions, we are using recycled materials like Xanita board and producing them at monumental scales to make an impact but to also work fundamentally for legibility purposes. Artscape is incredibly big and we’re looking at smart ways to communicate the campaign concept but be able to reuse the elements after the conference is complete for other purposes.

This is the most-important phase for me as, when design lives outside of a computer screen, it has this tangibility that can make and break a campaign. We want to immerse the delegates in this concept but also bring a sense of fun and taking the concept home with them.

You have a long history with Design Indaba. Tell us about your experience as part of Design Indaba’s Emerging Creatives programme back in 2008.
DTC: The Emerging Creatives platform is prolific for networking and is one of the biggest platforms whereby upcoming designers can get noticed. One of the most-valuable things I took from the programme was that it validated what I do and that I could create a business out of my career. It confirmed my belief that what I was doing felt right and made me feel excited about design.

How do you usually approach new projects? What is the process?
DTC: I have a few meetings with the client to discuss the deliverables of the project so I can put together an accurate cost-estimate. Once everything has been agreed upon, I meet up with the client and find out a bit more information about them and what they want to achieve from the project and the reason for it existing, too. This helps distil their thoughts, motivations and what story they would want to communicate. In my approach, I always research into categories that will build a strong foundation for ideas to lean on. Then do I only approach the visual side of the project.

I put my head down and get to work for a few weeks to develop a cohesive presentation and present one direction (if it’s brand-identity based). After the presentation, I wait for the client’s feedback and make changes, if need be. Thereafter I can move forward with the next phase of the project, which is generally brand rollout and converting the presentation deliverables into tangible items.

Something many designers would want to know is how do you drum up new paid projects and commissions?
DTC: I don’t really partake in exhibitions anymore. I used to collaborate with my studio mate, Jordan Metcalf, where we would take interest in new production methods and apply that in an exhibition context, yet I now spend most of my time doing client-based work and making the time to do self-motivated experiments week to week, which then influences prospective paid projects. I also don’t think there is much of difference between paid projects and commissions, as you’re being requested to apply your skill and mind to answer a specific deliverable.

The best advice you could give a young designer today would be?
DTC: Don’t worry about finding your style or having the fear that you might not ever have one. Keep making and failing without hesitation; it’s the best thing you can do. Explore and fun by using different tools, learn how to use design software but also work with your hands to experiment making things outside of a digital space. All these elements help contribute to your knowledge as a designer and definitely don’t be quick to Google Search or go onto Pinterest to find a resolved idea; that’s too easy and you won’t grow as a designer as you need to solve it yourself. Take the time to understand basic fundamentals of design and then choose whether you want to use them or break them completely.