by Mike Sharman (@mikesharman) Less than a fortnight into the New Year and brands are elbowing their way to the fore and dominating conversations across the local Twittersphere. We’ve had the delivery driver who put the “D” in Mr D, Food (/Rat) Lover’s Market, the Woolies/Ubuntu Baby Carrier debacle and now the #VWDriveDry initiative that’s creating a social-media stir of epic proportions.

If you’ve not been exposed to the campaign, this case-study video will bring you up to speed:

The campaign centred on rapper Nomuzi Mabena, known as Moozlie, and her involvement in an apparent car accident while live-streaming on social media. The video of the accident quickly went viral and fans; the general public and the media struggled to ascertain news.

Her PR team declined to comment on media queries as to her wellbeing; Cosmo was told, “We are waiting for information. Her phone is off which is quite concerning.” Other media outlets, including The Juice, were also left hanging for half a day. “Triggered”, “shook”, “extra” and “a lot” are some of the millenialisms being thrown around in an attempt to articulate the audience’s reaction to this unbranded-branded content stunt.

The campaign has certainly achieved an objective of creating talkability and is one of the most-polarising local campaigns I can remember over the past 12 months.

To put it into context with an apples vs apples ‘industry’/topic comparison, in December 2018, AWARE and RTMC used a mockumentary tactic to launch a drive-through liquor store on the side of a major road of Johannesburg’s affluent Bryanston suburb. There was some social media chatter, which culminated in a media/influencer launch comprising all the usual ‘drinking and driving is bad, mkay’ messaging you would expect from such a campaign. It had the creativity but lacked the ability to keep the goldfish-memory country captivated for more than a few hours post-reveal. Also, most social-media commentary doubted the validity of this premise and smelt a campaign rat (not the Food Lover’s variety, mind you) prior to the reveal.

When tasked with the brief of developing this opinion piece, I was given free rein to be as cutthroat as my creative writing heart desired. However, it irks me when ‘ad people’ criticise or form opinions of work without stopping to question or understand the layers that combine to complete a campaign onion. I’ve also been fortunate to work on drinking-and-driving campaigns in the past and have an inkling of the challenges that exist to move the needle when it comes to South Africa’s zero-f*cks, lawlessness mentality in terms of abiding by the laws of responsible driving.

So, I reached out to Candice Mullins, director and co-founder of Bonfire Media, the agency responsible for this piece of work, to interrogate brief, objectives, and research behind campaign development, as well as the choice to use Moozlie as the influencer-star of this narrative (who has subsequently had her fair share of shade thrown her way with the trending #RoastNomuzi topic).

Based on this conversation, research of the Twitter interactions and my own dissection of the interviews that have been aired since the reveal, these are my views.

Great storytelling has peaks and troughs, and this piece of communication was more than just a one-hit, live Insta-wonder. There were bread crumbs scattered across Moozlie’s profile from the start of December that, in retrospect, were such lovely touches.

I love this Boomerang, in particular, from 6 December 2018, that is complete with the symbolism that glamorises drinking and driving:

I don’t usually post Boomerangs on my timeline but this one is so good, I couldn’t resist😍🔥 Ereng Vrrr-Pah Mo Ngwaneng?🤑 #MonateHaoFeli💃🏽

Interestingly, the audience had little to say about Moozlie’s transgressions during December, such as drinking and driving, and her tips to avoid roadblocks. It is this aspect of the campaign that encapsulates the problems facing our society. We are quick to cry foul when we are duped by a marketing stunt but aren’t willing to call someone out when they’re promoting potential life-threatening behaviour. This is the nature of the sex, drugs and rock n’ roll influencer lifestyle that we wish to offer up to the ’Gram gods in exchange for hearts and a digital dopamine fix.

This was the most-irresponsible component of the campaign and, as much as the spokespeople wish to defend the need for prolonging the reveal in order to maximise engagement, the team pushed the envelope too far. This is where the campaign falls over. Timing is critical in determining stunt success or failure. Timing toyed with people’s emotions. The audience was tricked with a fake death carrot.

In response to my tweet about this campaign, Dean Oelschig, founder of Halo suggests: “A fine but definitive line between brave and stupid. This wasn’t brave.”

A fine but definitive line between brave and stupid. This wasn’t brave.

I much prefer the way a 10-second delay was used with this campaign from Israel that hacked YouTube to deliver its message:

Statistics show that road accidents are most prevalent among 25-34 year olds in SA and there have been an average 14 000 road accident fatalities per year for the past three years. One thing is certain: this campaign leverages the most-appropriate channel to talk to that audience.

We may only hope that the conversation this campaign is forcing people to have — negatively or positively — convinces a fair amount of the 8 000+ d*ckheads, who kill behind the wheel after ‘just a few drinks’, to opt for a designated driver of some description in 2019. 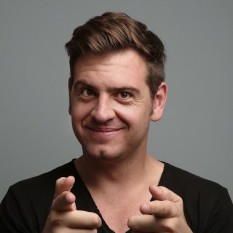 Mike Sharman (@mikesharman) is co-founder of Retroviral, an award-winning creative digital agency that has made more brands ‘go viral’ than any other agency in Africa.