by Herman Manson (@marklives) Today, we announce the Jozi winner of our new Agency Diversity & Transformation award. Instead of only naming the agency here, we invited it to share with us what agency diversity and transformation means to it — the business, its people and its clients.

During the course of 2017, this agency, in the minds of its regional peers, made the most-significant contribution to agency diversity and transformation in the City of Johannesburg. While many of our voters would have focused on BBBEE as a primary criteria informing their votes, a positive contribution to gender and LGBTQI diversity would have come into play in some votes.

Last week we revealed the Cape Town winner and, before that, we revealed the most-admired agencies and agency leaders in South Africa’s primary ad markets of Cape Town and Johannesburg, as well as nationally, over several weeks. 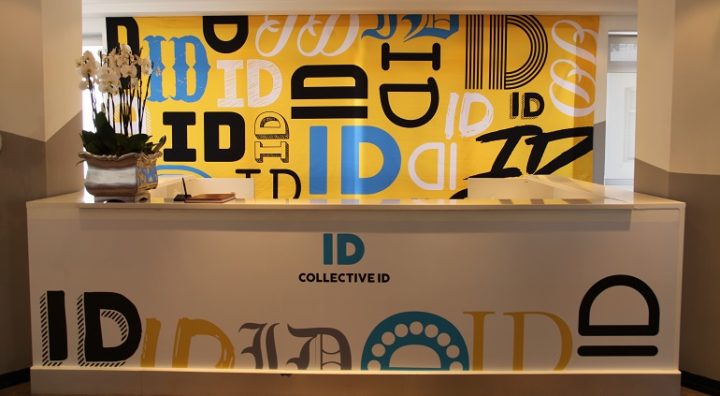 by Qingqile Mdlulwa, Sharon Bergmann, Brenda Khumalo & John Davenport (@CollectiveID_SA) Formerly known as Ireland/Davenport, our transformation journey began some years ago through the implementation of a robust transformation strategy. We wanted to comply with the Marketing Advertising and Communications BBBEE Charter and, better still, achieve a Level BEE 1 score. Consequently, in April 2017, our black ownership had grown from 21.5% to 52.60%; and, in October 2017, we renamed ourselves Collective ID in October, appointed new managing partners, Brenda Khumalo and Qingqile ‘Wingwing’ Mdlulwa, and achieved a Level 1 BBBEE rating.

In line with our objectives, Khumalo was identified as a future leader, given the chance to spread her wings, and then offered the opportunity to come back and lead the team. A former group account director with Collective ID, she’d left the agency in 2015 to pursue opportunities at Ogilvy & Mather South Africa and TBWA\Hunt Lascaris before returning to Collective ID in March 2017 as client service director. She has since been promoted to managing director, with a focus on leading and growing a dynamic and diverse team of young creative professionals. We believe her journey is an example of what can happen as a result of good mentorship and sound investment in talent.

Mdlulwa, our executive creative director, believes that, to stay competitive, businesses should perpetually transform and innovate. Global research has shown that non-homogeneous, culturally diverse teams are simply smarter. Nowhere is that more pertinent than in a creative environment. Working with people who are different from you challenges and may even shift your regular way of thinking, enabling you to learn. That is the approach we embrace at Collective ID.

John Davenport, our executive director and co-founder, has always recognised the need for diversity within the slow-transforming advertising industry. Diversity fuels the future — the recent debacles with Dove and H&M speak directly to what happens when there is lack of diversity. The world is a melting-pot of cultures; we need sufficient awareness and understanding of different viewpoints in order to connect effectively with a wide range of people. We invest a lot of time and energy into mitigating against having cultural blind spots within the agency environment, and on behalf of our clients.

A common complaint in the ad industry is that it’s tough to find young black talent. The reality is that they are right in front of us. All we need to do is to look within our own agencies and make the commitment to grow our people. And it’s not a case of ‘any black person will do’. Approaching diversity as a box-ticking exercise is a sure way to fail; we have inculcated it within our strategy and it forms a firm part of our recruitment practices.

We give preference to talented previously disadvantaged Individuals, and encourages an inclusive culture with an emphasis on employing people based on their fit and form a strong part of the collective.

Although time is a scarce resource in the agency world, mentorship and training remain key focuses in the success of our transformation strategy. We recognise that mentorship works only when real amounts of time are set aside for meaningful interaction with juniors in order to help them grow.

Among our most exciting initiatives is our incubator project, which has been set up to offer guidance to young black-owned agencies. It’s a relationship that has seen Book of Swag, a team of youth culture insight specialists, be incubated by the agency for four years and, as a result, grow its head count from three to nine.

Approximately three years ago, several agencies were looking to employ the Book of Swag team but they didn’t want jobs; they wanted their own business. This provided a wonderful opportunity for us to partner with a team of young talented black creatives that bring their own skill sets to the table, and to help them to achieve their business goals. It’s a different way of looking at empowerment and building sustainable dreams, and we want to encourage other established agencies to do the same.