by Herman Manson (@marklives) Over the last few weeks, we revealed the most-admired agencies and agency leaders in South Africa’s primary ad markets of Cape Town and Johannesburg, as well as nationally. Today, we announce the Cape Town winner of our new Agency Diversity & Transformation award.

During the course of 2017, this agency, in the minds of its regional peers, made the most-significant contribution to agency diversity and transformation in the city of Cape Town. While many of our voters would have focused on BBBEE as a primary criteria informing their votes, a positive contribution to gender and LGBTQI diversity would have come into play in some votes.

Instead of only naming the agency here, we invited it to share with us what agency diversity and transformation means to it — the business, its people and its clients. 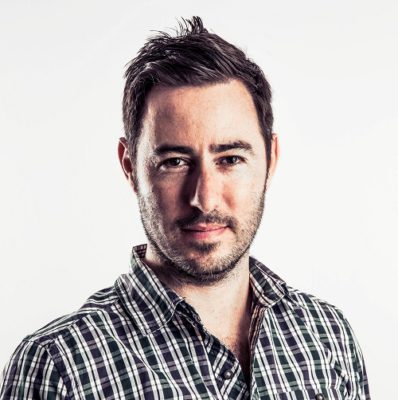 by Luca Gallarelli (@Gallarelli) The question of diversity in our industry has always perplexed me. More specifically, I’m perplexed by why it should be a question at all. Shouldn’t diversity be something that we consider an absolute non-negotiable?

Diversity in world views, experience, race, gender, sexual orientation, place of origin and skill sets all contribute to creating an environment in which creativity and innovative thinking can thrive. A lack of diversity leads to sameness — which is the very enemy of creativity. Uniformity also leads to a lack of the kind of inherent tension which is a powerful generator of original thought.

So, we should never be in a position where diversity is something that is forced on agencies, because the very nature of what we do relies so fundamentally in embracing diversity. Yet that’s where we find ourselves. Somehow, too many of us have fallen into the obvious trap of surrounding ourselves with those who are similar to us — they look like us, dress like us, talk like us, laugh at our jokes and agree with everything we do and say. And, in an environment where there are so many fast-moving and pressurised parts, it’s too easy to avoid anything which takes time to develop or might, in our minds, involve changing or challenging the comfortable way we work.

I doubt there’s anyone in the South African industry who doesn’t see this problem for what it is but we all have different ways of trying to respond.

At Ogilvy, we believe we have internalised diversity as a fundamental part of who we are and what we need to do. We get that more diversity in our midst will test us, push us, broaden our world views and make us more successful. We must better reflect the astonishingly diverse country we work in, if we are to realise our fullest potential as an agency and as individuals, and to produce advertising that is world-class in its thinking and fundamentally South African in its expression.

We are constantly wrestling with how we can achieve this desired diversity in a better and more-deliberate way. We cannot leave it as an organic process.

We started with how we recruit. We do not buy the argument that there isn’t enough diverse talent in the country. Nor do we accept that our industry holds diminishing appeal. There are plenty of gifted people out there who would love to be part of our business but, all too often, we’re looking for the same people in the same places. And we also raid each other almost as a default.

We should actively be seeking alternate sources of talent, starting with a far wider geographical net that takes in Port Elizabeth, East London and Durban, and universities in the North West, Grahamstown and Limpopo. At Ogilvy, our O25 programme actively does just that — actively seeking out young superstars from right across the country. After putting around 200 applicants through a rigorous selection process, we bring 25 into our agency every year in an organised, salaried and structured internship programme.

Its success has been staggering. More than 70% have been placed at Ogilvy, following the completion of their year, and virtually all of the rest have fulfilled careers within the industry at large.

But recruiting is only one step. What matters just as much is affording everyone the opportunity to fully impact the culture of the agency and the environment in which we operate. To push us forward, everyone needs to be bringing their full selves to work and believing they can contribute and advance on their own terms. Achieving that is a more-complex, and constantly evolving, process which we are engaged with in many macro and micro ways.

The fact that we have three strong offices in three major centres in South Africa is another opportunity for Ogilvy. Staff mobility across the three campuses is being rolled out more aggressively this year. This provides an opportunity for our staff to experience different people, markets, clients and brands.

So, are we where we want to be on diversity? No. Are we satisfied with our progress? Moderately. Are we settling for what we have? Never.

We fundamentally believe in the power and opportunity of diversity, rather than viewing it as some kind of regulatory imperative, so we see this challenge is a key part of the DNA of good agency management in South Africa.