Big Q: Can ad agencies take on the consultancies?

by MarkLives (@marklives) Large consulting and technology firms such as IBM, Deloitte and Accenture have moved definitively into the digital-marketing-and-communications space ad agencies once hoped to dominate themselves. In the UK, IBM iX, Accenture Interactive, BAE Systems and Deloitte Digital UK already rank in the top five interactive agencies based on revenue; Accenture Interactive, part of Accenture Digital, was named the world’s largest digital agency network by AdAge last year.

What may the broader agency and marketing community learn from the rise of non-traditional firms now operating in the advertising agency space? What processes and practices are giving these firms an edge, and to what would the rise of these players be attributed, in spite of the best integration efforts by the traditional agency networks? We asked a panel of key industry executives for their take. First up is Jerry Mpufane of the M&C Saatchi JHB Group of Companies. 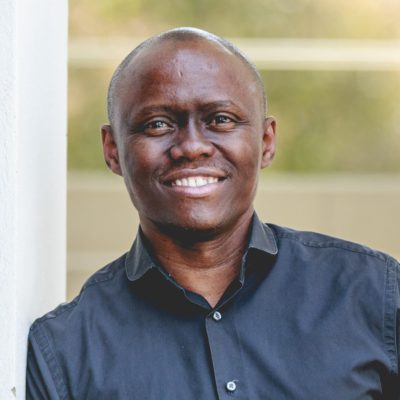 Jerry Mpufane has more than 20 years’ experience in brand marketing, and has held executive-level positions in both agency and the corporate sector. He joined M&C Saatchi Abel during 2014 and is the chairman of the M&C Saatchi JHB Group of Companies; vice-chair of the Association for Communication and Advertising (ACA); a Loerie Awards board member; and a judge for Bookmarks, Loeries and PRISMs.

The influential advertising industry bible, Ad Age, publishes an annual report which highlights some interesting facts about what’s happening in ad world. To quote its 2016 report, “agencies are hiring, their stocks have been climbing and revenue is rising as digital drives growth across the spectrum of disciplines.”

The average organisation out there is transforming, led by the need to digitise the multiplicity of touchpoints to suit the modern era. This era is characterised by a highly mobile consumer and, to keep up, organisations have to relook their go-to-market channels, transform and bring them in line with the modern era of digitisation.

Business process engineering, where the traditional management consultants dominate, represents a broader gambit of consumer touchpoints which have to be digitised in order to bring the average organisation into the modern era.

The need to transform the vast array of business processes also means that the chief information officer (CIO)’s budget has grown exponentially in order to respond to the needs of the modern digital era. This is an area of spend traditionally dominated by the management consultants. Business processes range from security systems to enterprise systems, going all the way to information repository and storage. The evolution of the traditional management consultant into a more digitally savvy partner to the CIO has led to a change in their business model.

Back to the top agency rankings, access to the CIO’s budget makes all the difference, and is behind the large revenues claimed by the management consultants. Communication, where most ad agencies dominate, is only but one of the business processes which are transforming rapidly because of the advent of the digital era. Communication channels, however, represent a small part of the broader organisational consumer touchpoints.

What does this mean for the ad agency?

Data across various markets shows that the budgets traditionally held by the chief marketing officer (CMO), the ad agency’s historical client, continue to grow. They will grow specifically in the touchpoint environments which are digitised, and evidence points to the need for even more aggressive marketing in a highly competitive marketplace.

My belief is that agencies must focus on their core strength — being that of fostering meaningful consumer engagement through storytelling. The strength of the ad agencies as a supplier partner to brands has never been their size but their ability to connect with consumers through brilliant ideas based on great consumer insight.

Hollywood is a great example here. The big studios — many owned by the listed industrial behemoths — may claim to have the big budgets. They invariably have a big influence on the distribution of entertainment content. The backbone of this industry, however, is the creatives. Content makes the world go around in the movie world, but there is no content without the thriving, mostly small and independent, creative shops.

Working closer and closer together

What is exciting is that the CIO and CMO are working closer and closer together. This does mean that the client organisation will not be seeking an either/or solution for partnerships. The two key skills — inherent in the ad agency and the management consultant — will function in a complimentary manner to deliver a solution for the client organisation. The consultants will bring their business-process management experience and, combined with the ad agency’s ability to develop resonant big ideas, the consumer’s experience of the brand will be greatly enhanced.

Data drives the digital world. But ideas drive the connection between brand and the consumer. The complimentary skills of the management consultant and the ad agency are essential to create an integrated and interdependent touchpoint matrix for the client organisation.

The digital era has brought about a lot of complexity and an insurmountable multiplicity of touchpoints. Pepsico’s global CMO, Brad Jakeman, says his marketing mix has transformed from having to make four big ads to producing 4 000 films every year, all this happening because of the advent of digital.

Creativity is needed everywhere, and that’s the good news for the ad industry. Content is king; interesting content even more so.