by Marguerite Coetzee. Who’d have thought, at the start of this new year and decade, that there’d be a resurgence of past political movements, socially fuelled structural violence, a health pandemic of crippling proportions and economic collapse?

I had a little bird
its name was Enza.
I opened up the window
And in-flew-Enza

Who could have known, when we shouted “Happy New Year!” as 2019 transitioned into 2020, what would be in store for us?

Experts claimed we’d had a prosperous decade, far more fair and fruitful than 30 years ago (listen to Steven Pinker here), and populations the world over anticipated a return to 1920s fashion, music, and art. The Roaring Twenties were considered a ‘Golden Age’ because of the economic boom that followed the end of World War I and the Spanish flu. These factors, among others, contributed to a global socio-political paradigm shift. Were we crazy to anticipate a positive trajectory for the 2020s? Were we foolish to think we could get the gains without the pain?

In 1921, German-born American artist, JC Leyendecker, created an illustration for the Saturday Evening Post’s New Year’s Eve edition (for 1922). It was one of a series that spanned 40 years but what makes this one particularly interesting today is its relevance 100 years later. It depicts Baby New Year throwing salt on the dove of peace.

In various contexts, the dove symbolises innocence, renewal of life, the end of war, deliverance, forgiveness, and peace. But why the salt? To prevent the dove of peace from flying away, of course!

He went to catch a dicky bird,
And thought he could not fail,
Because he had a little salt,
To put upon its tail.

There’s a nursery rhyme that dates back to at least the 17th century. This, in turn, is believed to be derived from a folktale that states you can catch a bird by putting salt on its tail. The reason for this is: a) the salt startles the bird, b) the salt interferes with the bird’s ability to fly away, c) there are magical properties in salt that cast a spell over the bird, or d) if you’re close enough to pour salt on a bird’s tail, you’re probably close enough to catch it anyway. On a metaphorical level, salting a bird’s tale is an analogy or idiom for immobilising people.

South African audiences would be familiar with the iconic local salt brand, Cerebos, and its illustration of a child chasing a chicken, trying to pour salt on it. While the slogan “see how it runs” would seem to refer to the chicken running away, it in fact refers to the chemist who mixed calcium phosphate with salt, giving it free-flowing properties. It’s the salt that runs.

Epidemiologists and medical anthropologists would be familiar with the term “syndemic”. By definition, it’s the result of multiple epidemics or disease clusters. It’s the interaction of these diseases and the contributing factors (particularly social, environmental, and economic) and conditions (namely poverty, stress, and structural violence) that worsen the burden of disease. A typical biomedical approach would isolate a disease or pandemic, and then study and treat it as a distinct entity — not connected to anything and independent of context. A systemic approach explores a phenomenon in context and in relation to surrounding phenomena.

A business is a living, evolving ecosystem. The challenges it faces aren’t isolated nor static. At present, no business exists apart from the current health crisis (covid-19), economic crises (2008 and 2020), or social crises (gender-based violence [GBV] and racial discrimination [#BlackLivesMatter]). Every business should be aware of the context in which it operates, and the influence it has to shape what unfolds.

Think and plan beyond today. Ritual and routine will get us through uncertainty but it’s not sustainable. The old world is dead, and a new order is emerging. What story do you want told of your business or brand during these times? What contribution will you make to the new world? 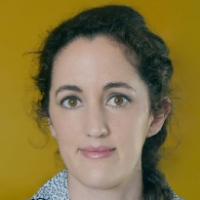 Marguerite Coetzee is an anthropologist, artist and futurist who provides research and insight services through Omniology. Curiosity explores the hidden and obscure histories, stories, and experiences of things in South Africa.