by Richard Lord. During August 2020, the South African economy continued to open up as we dropped to level 2 lockdown mid-month. With many more South Africans were back at work, back at school and on the roads, media consumption figures responding accordingly.

What the president had to say was still very important to South Africans, with his most-recent address to the nation on Saturday 15 August attracting a total TV audience of 6 838 396 viewers. We saw 5.6m LSM 4–7 viewers and 1.2m LSM 8–10 viewers tuning in. This was enough to put the president’s latest speech in the top five most-watched shows among both audience segments.

For the main market, however, we saw no change in the top three programmes (unsurprisingly), with Uzalo, Generations: The Legacy, and Skeem Saam holding firm.

Scandal remained the only show on e.tv in the top 10 in August with Rhythm City dropping from no. 7 in July down to no. 11. The other e.tv favourite, Imbewu, was in spot no. 12 for August. This means that the SABC was completely dominant in providing the main market’s favourite TV shows, with SABC 1 claiming seven of the top 10 shows and SABC 2 a further two. In fact, if we look at the top 20 shows, the SABC accounted for 17 of those shows.

As per the trend we’ve been following since May, when the hard lockdown slowly started easing month by month, August saw a continued decline in total audience among the top three shows as more and more people returned to work.

The SABC wasn’t quite so dominant within the high-income segment as it’d been in previous months, however, with only five out of the top 10 shows, compared to seven in July.

Rhythm City on e.tv returned to the top 10, as did Imbewu, which we haven’t seen in the top 10 for some time (we have to go all the way back to March for the last time Imbewu made the list).

Interestingly, though, high-income audiences aren’t declining in the same way that we’re seeing in the main market. The average show for the top 10 attracted 805 803 viewers in August vs 767 169 in July. That’s an increase of 5% month on month. When we compare this with the main market, there’s a 1.2% decrease. Why this might be, I’m not sure. Perhaps more people in the main market are by necessity returning to work, spending more time commuting, and therefore have less time to watch TV? One can only hypothesise.

Fish where the fish actually are

For those new to this monthly analysis, you might be wondering where M-Net shows rank on the list. Its best-performing show in August among LSM 8–10 was the Sunday night movie, Angel Has Fallen. This ranked in 51st place and generated an LSM 8–10 audience of 264 519 viewers. The second-best show on M-Net was Carte Blanche, in position no. 75, with an average audience of 203 557 viewers.

This once again highlights the importance of using data in order to make media-buying decisions. It’s important to fish where the fish actually are, and not where we think the fish are! Despite the lower audiences of individual shows, M-Net and DStv can offer great value, nevertheless, when bought as part of a package deal. DStv packages are massively discounted, offer loads of spots, and can assist in increasing the frequency of your TV campaigns and, of course, can offer much tighter targeting, reduced wastage, and provide relevant environments for your ads to appear in. So, while you might not see a lot of DStv programmes in the top 10, they certainly can be very worthwhile including in your plans. 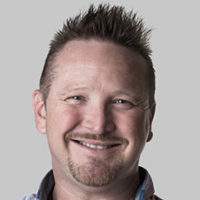