by Martin MacGregor (@MartMacG) The media landscape in 2020 has been a bit like one of those snow globes you see around Christmas time — shaken vigorously and then most of the year for the waiting for the snow to settle. Fortunately, a picture is now starting to form. Parts of the landscape have been changed forever; some have gone back to looking the same; and there is still a lot of snow about.

Here are some of the headlines:

Deep news lives behind a paywall

The paywall has started to work for quality news outlets such as The New York Times and The Wall Street Journal, with subscriptions showing massive increases since March. Locally, News24 is doing the same and time will tell if there’s enough quality there to pay for. The good news is that the era of journalists funded by advertising could be over — with the big caveat that there must be perceived quality.

There is a volume market for breaking news

The reality is that most people skim the surface when it comes to news. Twitter’s growth this year has reinforced that, driven by a huge thirst for news in 2020. News outlets that live off news headline clickbait are thriving but the backlash against fake news will bite eventually.

Influencers are the new magazine editors

The idea of a magazine printed on actual paper is already feeling like a DVD or VHS tape. The coronavirus killed off the magazine dinosaur but, waiting in the wings, were a host of influencers ready to be the new magazine editors of every possible passion point. Take just the cooking trend, where, in South Africa, Zola Nene, Chef Nti, The Lazy Makoti and Cooking with Zanele all have over 100 000 Instagram followers.

Advertising and streaming are not complimentary

Let’s be honest: the thing we love most about streaming is the lack of ads. Every streaming service has been designed to maximise viewer enjoyment, which definitely means no interruption. There’s no opportunity for advertising here and brands need to play elsewhere. Broadcast TV still has a long potential advertising tail with data access limited in certain markets but, like magazines, all good things eventually come to an end.

The best place to capture an audience is live — and sport remains the biggest live opportunity for advertisers. The lack of live sport has actually highlighted this, with the limited return driving record audiences. In the UK, the Man City/Southampton game that decided the Premier League (in an empty stadium!) attracted the biggest Premier League audience ever. SuperSport has seen this opportunity and the recent addition of two ESPN channels and renaming of its sport channels SS Rugby, SS Cricket and so on reinforce this.

The global take off of TikTok has really shown that the platforms that win are the ones which not only meet a need but also make the consumer experience as easy as possible. TikTok is winning because personal content creation is a big thing — and creating it on the platform takes minimum effort for maximum impact.

What’s for sure is that a whole lot more will become apparent in the next few weeks and months. What an exciting time to be in the media industry. Keep watching that snow globe! 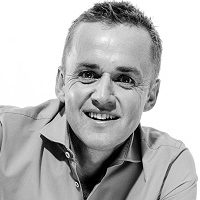 Martin MacGregor (@MartMacG) has been managing director of Connect, the M&C Saatchi media agency with offices in Johannesburg and Cape Town, since 2012. He has spent 22 years in the industry, having previously worked at Ogilvy and been MD of Nota Bene (now Wavemaker) in Cape Town. Martin contributes the regular “Media Redefined” column, in which he challenges norms in the media space, to MarkLives.com.