by Sasha Kupritz. As the adage goes, “the public relations industry does a terrible job of public relations” couldn’t be more relevant today than ever before; we’re like the skilled cobbler who doesn’t fix her own shoes. PR just hasn’t stood up for itself and said, “Folks, we’re not a nice-to-have; we’re an effective tool for brands with purpose which want authentic visibility.”

As PR communicators, we’re now spreading messages across traditional and digital media channels. The definition of traditional PR, or earned media, is any mention or conversation about your brand that comes voluntarily from others. Digital PR (owned) is used to increase brand awareness through online methods which include “paid-for” coverage.

Digital is nothing new to PR practitioners; without giving away my age, digital has been around for as long as my career. Twenty-first century PR must implement a multipronged approach that takes PR into the realms of online visibility and makes it a much-needed disruptive tool to have as it reaches fresh online eyeballs.

While early public relations practitioners such as Edward L Bernays and Ivy Lee would most likely to be shocked to find that PR today describes itself as mere “communicators”, they didn’t operate in a world where communication platforms outside of traditional media (broadcast and print) are valuable currency for a brand. Also, don’t knock “communicator”; it’s a lovely word implying to speak eloquently, originating from the Latin word communis, meaning communality or sharing — exactly what we currently need more of.

The official description for PR, according to the Public Relations Society of America, is a rather vague one: “A strategic communication process that builds mutually beneficial relationships between organisations and their publics [sic].” This was when people read printed material and watched television. Today, although the “public” has evolved to include everyone online, traditional PR can still target niche markets and be super-personalised, and still be agile enough to translate its communications into the social media marketplace.

Old-school PR would have considered communication to only be one aspect of the far-broader role — but then who could have predicted something like Facebook, which has the power to influence global markets and the election results in the so-called free world? The difference between social media spend and PR reach boils down to this: great PR has integrity and it involves deep-dive communications sharing insights on businesses, which I hope we’ll never lose.

You can’t partition traditional or digital PR off in their own little corners of the world. All content generated, either owned or through earned media, should be part of the entire communications plan of a client. America’s Ivy Lee was a prominent columnist for The New York Times before entering the corporate world; he famously stated that content must never be disguised as editorial. How relevant is it today when many young marketers don’t know the difference between content and editorial?

As the godmother of PR, Helen Woodward, said in 1938, “Advertising is what you pay for; publicity is what you pray for.” PR needs to embrace the multiple tools and multiple channels at our fingertips and claim our part of the creative industry, rather than elusively existing as a marketing tool, a nice-to-have, rather than necessity.

If you can reimagine PR as a specialist creative service, it shouldn’t surprise you that, in 2009, Cannes Lions created a PR category. Perhaps creativity doesn’t make you think of PR in SA… The question is do creative people exist in the PR industry? Are there any PR creative leads in South African PR agencies? In 2019, the Cannes Lion PR category received its lowest amount of entries; the theory is that new categories such as “Integrated Communications” have diluted traditional PR’s description. What’s an integrated comms campaign without PR?

Native advertising, brand awareness, reputation management — these are all part of the PR’s industry toolbox. Traditional is still the riskiest; there are no guarantees your ‘story’ will be picked up and published. But any one in PR worth their salt will have a contact list; growing media relationships is the one skill which hasn’t changed in 100 years.

Covid-19 has created a decline in ATL advertising campaigns, with organisations realising that running successful campaigns depends on deploying PR to create, manage and refresh their ever-present online brands.

A friend recently reminded me not to worry about the rather elusive reputation PR has at the moment, saying “PR is older than prostitution.” I had to laugh. I’m confident that the visibility of the PR industry will rise again because it’s so effective. I’m not so sure about prostitution, though. 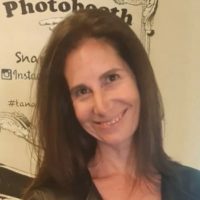 Sasha Kupritz is the founder of Tenacity PR. She is an award-winning public relations specialist with 20 years’ experience.