Volkswagen SA hasn’t only talked the talk but walked the walk in this exceptional ad that speaks to what the people need to keep moving through this year. It was also one of the first brands in South Africa to shoot with the new social distancing regulations in place, with entirely remote pre- and post-production.

Drive Local is a major part of VW’s plan to assist local people and businesses taking strain during the novel coronavirus pandemic. At the same time as creating this ad to encourage supporting local, the Volkswagen chairperson set up a temporary covid-19 medical facility with 4 000 beds, as well as organising VW Germany to donate R100m to the cause in South Africa.

Meredith Kelly, Volkswagen Passenger head of marketing, told MarkLives that the shoot in Darling in the Western Cape caused substantial excitement among the locals: “In many ways, it mirrored the actual advert as people were excited to see some activity returning to their town.” 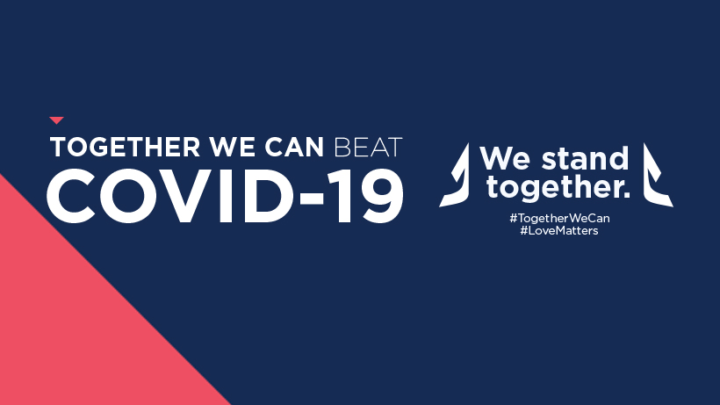 Caretakers and breadwinners are feeling an enormous amount of responsibility and may, therefore, find it difficult to speak up about their mental health struggles — according to a recent South African Depression and Anxiety Group survey, 40% of respondents said that depression has been the main challenge since physical distancing rules were put in place. In response, Metropolitan has stepped up to start stigma-free conversations on mental health issues to help those struggling.

Each week for five weeks during June and July 2020, Metropolitan has been using radio, print, and digital media to have an open dialogue with those in our country who, according to Llewellyn Allen, Metropolitan head of marketing, “feel that they are in some way responsible for others”.

Various SA motivators and radio personalities (including Musa Mthombeni, Malibonge Xaba, Hector Mathebe, Keabetswe Jan, Lehlohonolo Thoabala and Abongile Mangala) have been sharing stories from a personal perspective, and listeners are invited to weigh in on what the words mean to them and how they relate to their personal narratives. The topics range from education to motherhood and everything in between. Concrete and actionable advice has also been offered.

This is a campaign that highlights and celebrates women’s empowerment in a series of ads honouring five extraordinary women who’ve made uplifting, impactful, and lasting changes in their communities.

Shameema Maloon, Ackermans advertising manager, told MarkLives, “During this difficult and uncertain time, people want to hear positive and ‘feel-good’ stories. We wanted to create a campaign which is relevant, centres around the same sentiments, while also speaking to the Ackermans’ brand values.”

Adds Chris Smith, 99c creative director, “We wanted to change the conversation around the power and possibility of women, to amplify their voices.”

While this idea was conceived before covid-19, the intent was to give recognition, respect and admiration to the women who deserve it — women who’ve for so long put others above themselves and have acted so selflessly that it was past time to put them in the spotlight and celebrate what they often do with no recognition outside of their immediate communities — and this is timeless.

We’ve come to expect light-hearted hilarity from King Price and, once again, the insurance company and Freckle have delivered.

While we all wait for travel bans to be lifted, it’s fun to imagine it would be as simple as hopping in our cars and heading for the nearest border; we also all know someone who just doesn’t understand how much things have changed and is taking a while to figure this out.

This glorious idea for King Price was inspired because Bennie Fourie and Bouwer Bosch of Freckle Creative Agency were actually stopped at a lockdown roadblock. According to Freckle, the two set up a writers’ room to work on concepts, asking what misunderstandings could arise from this situation and playing around with phrases such as “Ma’am, you’re hot” and the possible confusion caused. The ad was almost finished when Fourie had a lightbulb moment for the final joke and so the “permit” angle came to life to round out this hilarious ad.

Taking a pre-covid-19 ad and adapting it to make it relevant for now, when we wear masks everywhere we go and try to understand muffled voices, is genius. This ad also gets top marks because it was easily achievable through remote work; none of the people involved in this new version ever had to be in the same room.

This ad promotes safe shopping behaviour while making us laugh. The brilliant idea came to life when Tops at Spar suddenly had to find a way to encourage physical distancing in-store, when buying alcohol had become legal again under level-three lockdown restrictions. To create something new out of what’d worked in the past and make it silly, hilarious, and hopeful is also an achievement in itself.

Who are Kyle de Waal and Morgan Botha? We are two young-at-heart millennials trying with all our might to break the mould of the stereotypical ‘all millennials are the same…’ because — after all — we’re all just people. Together with the editors of MarkLives.com, we enjoy finding ads worth watching and talking about, and then showcasing them here in our new monthly MarkLives column, #AdChamps.