by Charlie Mathews (@CharlesLeeZA) As the world watched ordinary Americans courageously face off a Trumpian display of violent, systematic racism backed by police brutality, Nike made an ad.

“For once, Don’t Do It. Don’t pretend there’s not a problem in America,” stark white type on a black screen petitions in the commercial. The advertisement is part of the brand’s broad support for the Black Lives Matter movement (#BlackLivesMatter)and follows riots and protests in cities across US, after the violent death of George Floyd at the hands of that country’s police. Floyd’s appeals for mercy and his last agonising moments went viral and have galvanised protests in support of racial justice. As US cities burned, human rights leader Martin Luther King III, quoted his father, the late Martin Luther King Jr, who said: “A riot is the language of the unheard.”

These words come from an arresting speech by King Jr that was made to a predominantly white audience some two years after the Harlem Race Riots of the mid-1960s: “Let me say as I’ve always said, and I will always continue to say, that riots are socially destructive and self-defeating… But in the final analysis, a riot is the language of the unheard,” said the revered minister and civil rights leader in a speech he called “The Other America”, delivered at Stanford University in 1967. The words are as relevant now as they ever have been.

In past years, Nike’s support for racial injustice has won the brand praise. But Nike and other brands drew condemnation from The Atlantic, which on 3 June 2020 headlined an article on the commercial response to social justice in the US like this: “Brands Have Nothing Real to Say About Racism“.

In a well-researched piece that reveals how little brands are doing to bring about deep, structural change that delivers meaningful and material benefit to black lives, Amanda Mull takes aim at corporate America. “Many large companies in the US might feel comfortable invoking the Black Lives Matter movement when there’s little else appropriate for them to say, or acknowledging that racism exists when it’s all anyone’s talking about,” she writes. “But in describing those things as mysterious, intractable phenomena, they pull a neat little sleight of hand. These brands set themselves outside the systems they serve, marveling at the country’s racism as though it’s an invisible pathogen for which no one is responsible, and therefore one that no one can meaningfully address.”

Mull posits that brands, and by implication their agencies, use a templated approach to collective human crisis. That they address the challenge with copy and marketing concepts, instead of doing the hard work that change requires. And then there’s the problem that Nike’s executives are all white — something advertising can’t hide. This is despite black talent such as Caster Semenya, Colin Kaepernick, Michael Jordan and Serena Williams having built the brand and business. 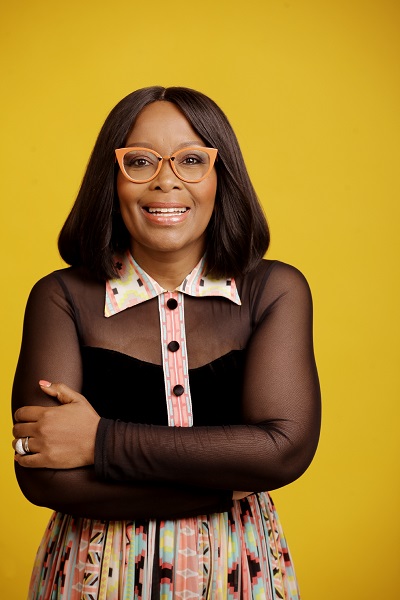 In Johannesburg, Mathe Okaba, Association for Communication and Advertising South Africa (ACA) CEO, speaks about the huge job that the local industry has yet to do, at a time when the South African economy is largely denuded. Now the communications sector has to deal with transformation — both digital and structural — at the same time as it wrestles with survival during and post-covid-19.

“Research clearly shows that transformed businesses are more resilient, creative and fare much better than untransformed companies or sectors. This begs the question, why after all these years is the industry so untransformed?” asks Okaba. When she first entered the industry post-apartheid, she says, business was wholly untransformed. “The heads of the business were all white boys. No disrespect to them. All these white boys having a good time playing golf together. Not having to share their social spaces; not having to share their monetary rewards.”

When asked about this intransigence, Okaba says: “It is a latent fear that nobody wants to recognise or to talk about,” says the industry head who has been calling the captains of industry to the table to talk about COVID and the future of the industry.

“I understand that change is hard, that it is difficult, but we must survive,” says Okaba, who believes that diversity and equality is innovation in and of itself. “We need to talk, all of us.” She believes that holding conversations, tackling challenges head on and empathy are key factors in tackling SA’s transformation project properly.

Banishing race from enterprise and putting action to increasing diversity and inclusivity is one of multiple social challenges brands and agencies alike must tackle. A massive shift in the business landscape was signalled in August last year, when 200 of the world’s top corporate leaders assembled to discuss the other great shift in capitalism. In what amounted to a ‘mea culpa’, the executives declared that the era of the shareholder was dead. After their meeting, the capitalist cohort did an about turn and rejected Milton Friedman’s philosophy that businesses exist purely to make a profit. The New York Times reported last year that the leaders broke “decades of long-held corporate orthodoxy” to make a statement on “the purpose of a corporation”. This argued that companies should not put the interests of shareholders first but also invest in employees, protect the environment, and deal fairly and ethically with suppliers.

Despite all the good intent from the titans of business, no mention was made of the huge gap between the salaries of the corporate chiefs present and their workers. “The highest-paid 100 chief executives make 254 times the salary of an employee receiving the median pay at their company,” The New York Times wrote.

Only two days ago, on Tuesday, 9 June 2020, news broke that over 600 black advertising professionals representing every major agency in the US were squaring up to the industry to demand change. AdWeek reports that, in the wake of the murders of Floyd, Breonna Taylor, Ahmaud Arbery “and countless other Black men and women both known and unknown has forced formerly ‘apolitical’ brands and advertising agencies to reflect on how they should respond to the racism pandemic, both internally and externally. Many participated in #BlackOutTuesday, several have opened their purses and donated millions to causes committed to addressing injustice and police abolition… But Black advertising professionals want more than symbolism and one-off actions.”

But how does an industry get moving meaningfully? For Mathe, it begins with courageous conversations. Ultimately, though, transformation starts with a willingness to adapt; it starts with the political will to transform.

So, for those politically willing, here’s help from MIT Sloan School of Management, which offers a pragmatic lens for addressing transformation. At the height of digital transformation, MIT Sloan identified that innovation drives the very adaptability that enables change. Encouragingly, the research clearly shows transformation offers a real competitive edge.

Below is a summary of useful practices and attitudes from the MIT Sloan study. Ultimately, transformers transform by embarking on a journey of radical change — one that’s relentless, that embraces risk and that has no end. The journey is heroic but rewarded with gifts, such as fortitude, collaboration, resilience and strength.

Post covid-10, the communication sector’s challenge is to quickly adapt to a rapidly changing new reality. As Darwin showed, adaptability is key to survival.