by Emma King (@emmainsa) Reputations are often made or ruined during times of crisis, and this novel coronavirus pandemic has served to expose the true colours of some brands — and some people. I believe the perception we form during this time will stick with us long after the initial chaos has abated. Who’s inspired you and/or what lessons have you learnt? Have any led you to considering implementing any changes in your business or ways of working in the long term? Florence de Vries, Luanne Slingerland and I respond. 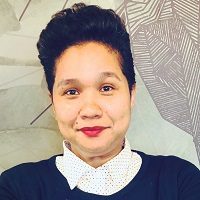 The extent to which a significant proportion of the South African media has further damaged fragile citizen trust with subjective sources, framing devices, headlines and article positioning underscored by biased social media activity has piqued my interest these past few months.

In my career as a communications professional, I assumed that the media’s social responsibility toward its citizenry is a well-understood aspect of its role as a fundamental pillar of a democratic society. What I’ve witnessed, thus far, is a promotion of narratives that leave citizens with little room to outmanoeuvre the ‘us’ vs ‘them’ school of reasoning. This is exacerbated by governmental decisions that led to the closure of hundreds of businesses, affecting thousands of jobs, which also partially gave rise to the simplistic life vs jobs dichotomy.

The lack of focus of our publications is illustrated in the many column inches of cigarette and rotisserie-chicken elucidation when we’re still uninformed about how the average citizen can assist the national effort. What I surmise from this is that some media houses are set up to be antagonistic while others — such as the Mail & Guardian, with its relatively diverse leadership over time — have been able to demonstrate some level of balance.

Here, I read stories about the innovation of small businesses, and presentations of the various models informing decisions such as the reopening of schools. It’s possible to hold the powers that be accountable, without further privileging an already well-resourced citizenry by being a watchdog that looks after their interests.

We won’t emerge from this pandemic with the media we once knew. What we need are journalists with less historical baggage to give us a genuine sense of where we’re going by fulfilling a duty premised on understanding their role in a post-pandemic society. 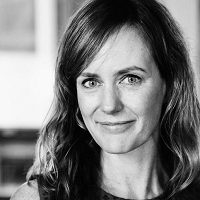 I’ve always been aware of Woodstock Brewery and its craft beers, but have only been to the establishment once or twice, so I can’t say I’m an expert on its offering or the brand in general. When we went into lockdown, Andre Viljoen, the owner of the brewery, and his team repurposed the site and converted it into a soup kitchen, using their brewing equipment to prepare 20 000 meals, six days a week.

The logistics and project management behind this wouldn’t have been for the faint of heart. It feels as if it happened overnight to me but it took weeks to pull it together.

There were calls for donations for ingredients and then, when all the ingredients started coming in, it did another call for more volunteers to assist with prepping the vegetables as they couldn’t keep up. It even set up a donation page on Howler for anyone who wants to assist. Through the media — and some great PR — it’s managed to tell its story and raise awareness around how many people are going hungry during lockdown. It’s been amazing to watch this grow and to see other breweries in different areas come onboard to make soup to assist their communities too.

This is true inspiration — the brewery took what it had, did some thinking and made some changes.

Sometimes we just need to stop for a second and look at what we have access to. We might not be able to solve every problem immediately — or even on our own. During this time, we need to be open to collaborating, and often changing the goal we were initially working toward will yield a better and more fulfilling result.

I’m not a beer drinker but will definitely support the Woodstock Brewery where I can, going forward. 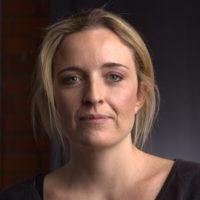 All the world loves a villain, and never more so when we are in the midst of a global pandemic, it seems. The early days of the pandemic (how long ago they seem now), when we were all still so excited about banana bread and Zoom calls, seem naively simple now. How we all jumped up and down and called McDonald’s out when it released an image of its logo separated to illustrate how we should stay apart. How we all laid into small business that we thought were ‘taking advantage’ of the crisis by starting to sell toilet paper, or hand sanitiser, or whatever.

But things are that much more complex now. We’ve suddenly seen the very real, and very devastating, impact this is having on our country. I suspect there are few people who would judge a business that does anything it can to ‘pivot’ its offering to survive.

At the time of writing this, we’re in the midst of the biggest anti-racism protests of our lifetimes, and this, too, starts to put things in perceptive. Who cares if a business profits by stocking up on items that are low in supply when there’re people being killed just for walking down the street (or sitting in their own homes) by the very people who’re supposed to protect them?

I imagine that this will be the defining learning for us as brand custodians and business leaders from these times — that it’s not about what you say or about the cute social media post you did, but really about the way that you act, and the values you have, and the way that you treat people. Because, at the end of the day, that’s what matters and what people remember.

When we get out the other side of this crazy time that we are in now (sooner rather than later, and in one piece, rather than many, I hope), we’ll be looking at a pretty stark landscape. We’ll have a decreased spending power and be much more careful about who and where we spend it with. We’ll have memories of those who acted with care and compassion — and those who didn’t. And the business and brands that have survived to see another day will be those who had these values as a core part of their business from day one, rather than those who tried to develop a ‘reputation-building’ campaign to ride this crisis out.

Emma King (@EmmainSA) is the founder and managing director of The Friday Street Club (@TheFridayStClub). She specialises in communications strategy, consumer and brand marketing and PR, corporate comms, crisis and issues management, and writing. Emma contributes the resurrected column, “#TheInterlocker”, in which she picks a PR/comms-related subject and invites other marketers and PRs to discuss, to MarkLives.com.