by Skhumbuzo “SK” Tuswa (@SkhumbuzoTuswa) The rainbow nation — a beautiful image. The multicoloured flag. South Africans from all walks of life coming together, sharing stories about themselves over beers. All of them suddenly realising that, you know what, we really aren’t that different — race is a simple matter of your skin’s melanin content, nothing more, and our nation really is ‘[hashtag] stronger together’. Look, ntwana, that’s not reality, no matter how many ads they show you with that storyline.

As ad people, I would expect us to be the first to recognise the difference between a scripted commercial and reality. Twenty-six years into democracy, we refuse to leave the set and see our country for what it really is. Surely this attitude can only have a disastrous effect on future generations of talent in our industry?

The labour industry hates black people — let’s talk about that

If it weren’t for black economic empowerment (BEE), I know for a fact I’d be struggling to participate in the creative economy. No university degree. No copywriting qualification whatsoever. English isn’t even my mother tongue. At my first job interview, my portfolio was basically a Soundcloud link with rap music that I’ve since deleted off the internet. Any other potential boss might have shown me the door, there and then, but I was lucky enough to get my mixtape in front of an ECD who loved working with creatives from non-traditional backgrounds.

Fast-forward about five years, said ECD is leading a respected agency and I’m working somewhere else. I’d been working as a writer at this other agency for a while but I was on a council that oversaw major diversity initiatives in the company. That is when I started learning about BEE, and that many companies get tax incentives for recruiting young, black talent. After digesting information about the many ways a company could go about its ‘BEE strategy’, I fully realised that, if it weren’t for policies like BEE, the industry would want nothing to do with me.

‘We just need you to prove yourself one more time’

An ex-colleague told me an interesting story relating to the hiring process for black creatives vs other races (mainly white). He told me how he, as an exco member, had seen interview panels make black creatives jump through hoops to prove that they know what they and their awards lists say they know. Their white counterparts, however, would sometimes get hired for the same role simply because they’re old mates with the hiring ECD.

Personally, I’ve been told point-blank at an interview to differentiate between work I’d done as part of a team and work that I conceptualised and made individually. This happened because my interviewer was convinced I couldn’t possibly have thought of and rolled out an idea that went on to do really well. It’s as if, even when you’re good, you’re just not good enough.

Redressing the injustices of the past is an issue that’s not only complex but costly, too. Take a quick look at the economics of agencies and you’ll see why transformation is so stubbornly slow, and stubbornly low. The industry is made up of private companies which aren’t subject to very extensive scrutiny when it comes to their labour practices. They can hire whoever they want, according to whatever criteria they choose, and pay that person whatever both parties are willing to agree on. Free market, akere?

An agency I worked at had its HR department gather data on existing employees’ remuneration data. The idea was to test the theory that there’s a strong correlation between one’s race and how much they earn, regardless of seniority. The results were visualised as a bar graph. The highest earners in the business were white, followed by coloured employees, then Indian. The tiniest bar was that of the business’ lowest earners — its black employees — who far outnumbered any other race at the agency.

The same agency had a BEE share scheme that was set up to pay dividends to black employees at the company. The idea behind it was to recognise the financial burden black employees today are under, and how this comes as a direct result of generations of people in their communities being outlawed from participating in their country’s own economy. It was about using financial instruments to relieve people’s financial burdens. As well-intentioned as the initiative was, many beneficiaries felt dehumanised by it.

While I can’t blame my colleagues for seeing things that way, I think we should shift the conversation to something more important. BEE and similar policies were designed out of necessity, because agencies and other companies are only willing to get on the road to transformation under one condition — which is that they’re dragged kicking and screaming. Until their stance changes, phambili nge-BEE, phambili!

While we have your attention: Please would you consider taking out a MarkLives membership to help finance our operations? The covid-19 pandemic is having a huge impact on society and industry. With your support, either as a once-off or monthly contribution, we can continue our coverage of its impact on our industry. 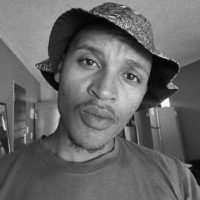 — Sign up now for the MarkLives newsletter, including Ramify.biz headlines, emailed every Monday, Wednesday and Friday! Become a MarkLives Member, too.

One reply on “Bathong. Can we stop being so weird about BEE?”