by Kirsten Dewar. Brands must embrace transparency and ethics in a post-Cambridge Analytica world.

September 2019 saw the world’s biggest social media platform, Facebook, launch a dating site in the US. Announcing the move on its newsroom, the social media giant wrote that it was “giving people the ability to integrate their Instagram posts directly into their Facebook Dating profile and giving people the ability to add Instagram followers to their Secret Crush lists, in addition to Facebook friends.”

As the news dropped, the big question the media and marketers were asking was whether the world was ready to trust Facebook with its love secrets after the massive Cambridge Analytica trust breach that broke early in 2018. The Washington Post headlined its dating-service story: “Facebook wants to find you a soulmate. Will users trust the company with its secret?”

The Facebook/Cambridge Analytica data scandal was undoubtedly the story of 2018, and it was a pivotal moment for data marketers. Yes, data had been taken from social networks before but never in such a cynical, manipulative way for such a dreadful political end. Everyone remembers Cambridge Analytica as the rogue which harvested people’s personal data from Facebook without getting permission, done in the name of political advertising gain, and the nett result was Brexit, and Donald Trump — a leadership that has proved disastrous by any standard.

As Fast Company writes this September in a story headlined “Before Trump, Cambridge Analytica’s parent built weapons for war”: “Revelations of dirty tricks and illicitly-harvested Facebook profiles turned Cambridge Analytica into a global symbol for the dark side of big data. Its actual impact on the insurgent victories of Trump and Brexit, however, remains one of many mysteries surrounding the disgraced political consultancy. Cambridge’s sophisticated-sounding electioneering tactics seemed to rely as much upon hype and marketing whimsy as they did upon behavioural science, Facebook ads, and murky pools of data.”

How has this crime affected marketers and brands? Humans once readily gave marketers their data, but all this has changed. In a post-Cambridge Analytica world, people have rightly become reluctant to hand over their data. Because of this ethics, transparency and trust are the new governors of data.

Emerging research shows that Facebook has clearly been hurt by the Cambridge Analytica outrage. A recent survey by Brand Keys, reported in Marketing Dive, shows that the world’s biggest social network is haemorrhaging brand loyalty. “Facebook saw a steep drop in brand loyalty to 24th place this year from 8th place in 2018, contrasting Twitter’s jump to 11th place from 23rd,” the report on this survey reads.

And what about the marketers? Basically, we’re seeing two types of reactions from brands and the consulting companies that guide them. The first has seen marketers keep their heads down and continue as if it were business as usual. This is a disastrous response because it doesn’t acknowledge consumer sentiment. We all know that ignoring consumer problems isn’t a valid response; at best, it is just a delaying or avoidance tactic. If there’s only one thing you take away from this column, let it be this — the future of marketing is all about listening to, and acting on, consumer sentiment — not ignoring it.

What marketers need to do is to look to themselves and to work with brands to build better marketing tools, ethics and practices going forward. The Cambridge Analytica breach has been a wakeup call for marketing. Those who hear it and reform will survive and will likely thrive in a future where marketing is more open, transparent and personalised — a future that serves humans better.

Brands which hide or who don’t embrace the move toward more-ethical data standards will further damage marketing, and will, like Facebook, see a massive fall off of brand loyalty.

The future is all about trust and transparency — a place where data practices are ethical, open and where humans have more control over their personal information and how it is used. 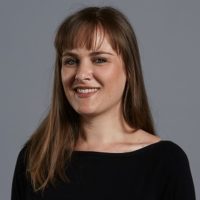 Kirsten Dewar started her career in data and research, before moving into technology, which took her to Platinum Seed; today, she is the managing director of the digital specialist company. She contributes the monthly MarkLives column, Always Learning, which aims to teach marketers more about digital marketing, from how to conquer Facebook’s algorithms to what LinkedIn’s new company pages mean for B2B brands.