An Accountant in Adland: The greatest storyline ever told [S2 E1]

by Siwe Thusi (@Siwe_Thusi) “Laaaaa la lalala la lalalaaa…. Laaaaa la lala la lalaaaa…” OK, if you didn’t pick up my attempt to sound out the theme song of Game of Thrones (GoT), it’s either I’m really bad at it or your post-traumatic stress is alive and well. But bear with me for about 800 words, give or take.

I love series. In most of the stories told today by the writers at Netflix or Showmax, art imitates life, and we all know that ilife yi’moooooooovie mfwethu.

Even though I have watched a few more series after GoT, I realised recently that nothing has gripped me quite as much as GoT did. I must confess, though, that I only started season one in February 2019; I was part of that group who jumped on the train with a two-month binge-watching strategy. A lot was packed into such a short space of time but rather that than the pain of a nine-year tease.

DISCLAIMER: Before you continue, what you’re about to read is packed with spoilers if you haven’t watch GOT — so be warned. Right, let’s continue.

The beauty of a plot twist

My life has had a lot of plot twists (if you’ve ever had the course of your life change dramatically, you’ve had at least one, too). A plot twist is really just the storytelling equivalent of an insight manifesting itself. It’s the reveal of something you didn’t see coming, that thing that was bubbling under the surface all this time.

Then there is dramatic irony. Dramatic irony is unfair because it gives us, as viewers, more context than the characters themselves. Much like real life does.

One of the first memorable plot twists in the storyline was the Red Wedding. Preceding that was the fact that the Starks were actually winning the war. No one was expecting the bloodbath that happened. What was very prevalent in GoT, especially in the earlier seasons, was don’t back anyone. The biggest takeout that the writers got right was twofold: “don’t believe in/back anyone” and “don’t have any expectations”.

This is interesting, because screenwriters/series writers usually want you to fall in love with a certain character or dark horse. For the first time in my recollection, a team of writers was set on intentionally doing the opposite.

Something that stood out about the writers and their writing is that women are in the fore, unlike your Lord of the Rings and Harry Potter, which were both very male-dominated. A Game of Thrones, the first book in the series, A Song of Ice and Fire, was first published in 1996 by George RR Martin, a man. He must have been thinking differently even way back then. It was reincarnated as the TV series Game of Thrones in 2011, by David Benioff and DB Weiss, a team of male writers. I think craft-wise, the biggest plot twist was that the whole story was carried by women. They all wrote from the leading thought of: How do you take the femininity of a woman and make it rise above everything?

To watch the journey of Daenerys/Khaleesi evolve into her father, the Mad King, was a plot twist that became painful, because you were hoping that she wouldn’t become like her father. Again, expectation. Similarly, she became who she became because of an unconditional love for someone.

The expression of love in GoT is what drives people to do crazy things to the brink of insanity or to uphold your family name.

Other plot twists: John Snow was the only person to die and rise again. Theon Greyjoy (my favourite) was the catalyst needed for the Night King’s distraction and demise. Tyrion Lannister was the master of alliance. Bran Stark was the rightful heir to the throne at the end, and no one ever saw that coming. In fact, the whole 44.2m-strong viewer jury is still out when it comes to Bran. *rolls eyes*

Plot twists are ultimately insights that change the course of storylines.

What was also quite striking about GoT was surnames — personal branding. The character surnames were what connected and divided the Seven Kingdoms. If you were a Lannister, if you were a Greyjoy, a Stark… you were expected to act in a certain way and stand for your name.

It’s much like the Trump surname is something bad now but the plot twist here is that Trump was a good surname once. A surname seen as aspirant in black hoods wanting “Trump money”. And a surname that hung out with rappers. How did the affinity to the Trump name change? It was changed by its context and everything that’s happened in between.

For me, strategy is storytelling.

In a piece by Martin Weigel, he suggests that, without conflict, friction, tension, danger, there’s no such thing as (or need for) strategy. Further, he references the words of the military historian, Prof Lawrence Freedman: “Strategy only comes into being when there is a sense of actual or imminent instability, a changing context that induces a sense of conflict… Strategy therefore starts with an existing state of affairs and only gains meaning by an awareness of how, for better or worse, it could be different.”

This is embodied in a state of “jeopardy” that exists in all storylines.

At its core, a storyline is this:

Reflection (where we are today), ambition (the tomorrow we could have), jeopardy (the challenge we must overcome), hope (the insight that gives us a way through) and finally solution (the idea that unlocks the way through).

What GoT brilliantly did was to also make us understand the user journey, and how characters developed over a nine-year period. That’s a total of 115 hours/6900 minutes/414 000 seconds of average viewing time (the accountant brain has just had a Tourette’s moment).

The really interesting thing about thinking about life in this way is that it allows room for our own individual reflections to occur:

And whose movie or series am I in, anyway? 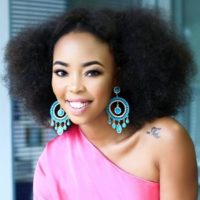 Siwelile Thusi (@Siwe_Thusi) is a qualified South African chartered-accountant-turned-creative-strategist who’s just joined M&C Saatchi Abel from FCB Joburg. She is also a working photographer and writer. Since mid-2015, she’s been in strategic planning, working on some of South Africa’s big brands in different categories and industries in the ATL and digital spaces. She contributes the monthly column “An Accountant in Adland” — exploring where, when and how the two ‘disciplines’ overlap… and why they should! — to MarkLives.com.