The myth of originality

by Yatish Narsi (@yatishnarsi) The 2019 Loeries are now officially behind us and, as always, the debate lingers for a while. Which work deserved a little more or, indeed, a lot less? All awards are subjective and, in some ways, you can argue this is part of the magic. Which work is scam work, which agencies clearly target work for awards or just simply which work was gooood but not Grand Prix? Judging this year, however, did leave me with new questions and debates to chew on.

Originality is an interesting one and the is first thing you are encouraged to ask when judging. Is this new, fresh, exciting and original? Has this been done before? Answering this depends on two things.

There’s work that’s a blatant rip-off — someone trying to pass of someone else’s work as their own original idea — and this is something we can universally agree on as terrible. Then there’s work that arrives at a similar answer to a similar problem, where you have no knowledge this has actually been done before. This is regrettable — annoying for the entrant but part of being a creative. Lastly, you have truly original work. Or do you?

Everything is a remix. Not only is this a bold claim but also a fascinating online documentary (link below) that is well worth watching. In it, Kirby Ferguson, essentially aims to debunks the myth of creativity and originality, arguing that everything we create involves three simple steps: copy, transform and combine. He demonstrates this process in creation across ‘originals’ from music to movies and popular culture, breaking these creations down in the little samples of all the works they drew from. Bob Dylan, Led Zeppelin, George Lucas and Steve Jobs are all explored in his study. The idea is not to expose them but rather to challenge the myth of creation — to challenge the idea that copying is bad when it’s fundamental to how we learn and in fact how we create.

Folk artist, Woodie Guthrie, once commented regarding copying melodies, “The words are the important thing. Don’t worry about the tunes. Take a tune, sing high when they sing low, sing fast when they sing slow, and you’ve got a new tune.”

“If I have seen further it is by standing on the shoulders of giants,” Sir Isaac Newton once remarked.

“Good artists copy; great artists steal,” Pablo Picasso is widely quoted as saying, and no doubt there are countless other versions of that sentiment, each remixed by the original author of that comment.

Even my title is a remix of Malcolm Gladwell’s Creation Myth, a 2011 piece he did for The New Yorker on Apple, Xerox and how we innovate.

I don’t think we should be asking ourselves: Has this been done before? It has! Rather, we should think about three things that Ferguson argued Led Zeppelin didn’t do.

In an age where access to ideas is so incredibly abundant, we should celebrate this dark secret of how we all create. We are inspired by the work of others; we learn through observation and emulation. Let’s get off our high horse of originality, enjoy all the incredible work that has come before us and remix all these samples into new amazing work that will inspire others to keep remixing.

My last point concerning this challenge is that it’s not even the real challenge going forward. With the rise of artificial intelligence (AI), and machine-learning based creative systems (which, by the way, supercharge the idea of copy, transform and combine) the real question for the awards shows of the future is going to be less “Is this original?” and more “Was this done by a person, an actual human being?” Or do we have a category for AI to enter? Better yet, when do we pit people against machine?

Good luck with that one. 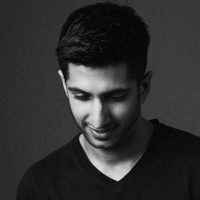 Yatish Narsi (@yatishnarsi) is an architect, partner and chief experience officer at Grid Worldwide. He has spent 13 years designing and developing solutions for brands across multiple categories, including apparel, QSR, FMCG, telecoms, banking, and workplace. His cross-discipline background in architecture, design, and experience has helped him develop a unique understanding of human-centred design, operational design, and brand and strategy.