#SPOTLIGHT: Adland, we need to talk

by Tarryn Pickup (@tarrynpickup) “I have heard bad things about that agency, like, not a cool place if you are interning and you are a girl.”

During a lecture to third-year students at XYZ School, trying to teach them the principles of branding, communication and marketing, they spent nearly the entire lecture teaching me that gender bias is still alive and kicking in certain agencies, and that is why they will be very careful of which agencies they apply to intern in.

How is this still the conversation in 2019? How is it that these young women, on the precipice of starting their careers, are preoccupied with navigating the minefield of not which is the best, most-respected agency to work for, but which is the best agency not to feel the effects of gender bias, toxic masculinity, sexism and harassment? How is it that these young women, instead of feeling the thrill and shiver of starting their first job, are feeling discouraged and outraged by the knowledge that their voice will be ignored or drowned out, purely because of their gender?

And the fodder for this lesson is not just hearsay, whispers or rumour; it is based on the experiences of former third-year students who had served their annual internships and had passed on the warning to the next wave of lambs about to be sent into the industry.

When this is the conversation happening in a lecture hall filled with future talent, adland, you know that now, more than ever, there needs to be a shout-it-out-from-the-rooftop conversation around sexism, policies, culture and wellness in advertising.

This conversation is not yet tired, not yet boring because, even though adland continues to push and make inroads in raising the profile of females within the industry and, in some instances, we have made great changes, the tales persist. I challenge you to find a woman who doesn’t have a tale to tell — some tales will be worse than others — but each has a tale, nonetheless.

And if you are one of the agencies guilty of perpetuating these harmful biases and behaviours, just know you have been named and shamed, and the students know who you are. Your future people, the lifeblood of your business, are ‘woke’ to the culture that your agency continues to allow.

This conversation with the third-years led me to reflect on one such example of how an agency can choose to deal or not deal with issues facing women in advertising. A while ago, an intern approached me to say that her interaction with an external colleague not only made her feel uncomfortable but that she was receiving unsolicited communication past working hours and had heard that the individual was making claims about their relationship. She was unsure what to do. Does she ignore it and just get the job done? Does she confront him? Does she report him? Does she ask to be removed from the job? She said she was worried, as she didn’t want to put the task at risk and possibly lose her internship if she didn’t continue and complete the job.

The first thing I did was to commend her on her bravery and integrity in approaching me and I assured her that her confidence in me would not be misplaced. As a mentor, and a woman in advertising, I made no bones about escalating the issue to our CEO, who, to his absolute credit, never once questioned the young woman’s concern and immediately put a halt to the situation in line with our HR policy. The intern was immediately taken off the task, not as a punishment but as a way to remove her from an unacceptable situation. The offender was confronted and informed that this was not how we, as an agency, do business and the business relationship was terminated.

In that moment, I realised the importance of allies. These young women are worried about losing their jobs, jeopardising the future of their careers; they feel small and disempowered. In the context of an increasingly competitive industry, there are still too many men who leverage their seniority and masculinity in manipulating situations, which is why these young women and men need mentors and leaders — male or female — who are willing to be a voice for those who feel that they are voiceless. Don’t be someone who just fobs off inappropriate comments, biases or behaviours with some choice language that diffuses the situation but does little to prevent it from happening again in the future.

Listen up, adland, women in this industry need allies. Allies need to be found in the strong women who hold positions of power in their agency, and the industry at large needs to act as fearless beacons of courage and integrity for our fellow advertising sisters. We need to stand in solidarity.

Allies need to be found in all HR personal. It is up to these allies to set the tone clearly during orientation days for new starts in an agency:

Swiftly deal with offenders and allow for fair and thorough investigations on claims.

Finally, agency leaders need to become allies, because the leaders determine the culture and culture determines behaviour. So, make sure you review your HR policies, stand up to unacceptable behaviour, have an open-door policy and regularly have open communication around the behaviour not being tolerated. Make your stance on the issue not just known but felt.

Allies need to push for open dialogue and more-robust policies within your agency. Most importantly, adland, start calling out the perpetrators; start heeding warnings; start reeducating and rehabilitating. Let us be the change we want to see.

We would like to hear your story and use our platform to create change in our industry. Please email us at ourstories@marklives.com 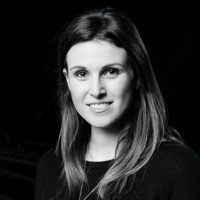