by Cathy Dippnall (@eish_its_Cathy) As workplace culture democratises and modernises, bullies who were once admired (or feared) are now looked upon as distasteful predators. Reformation, however, is slow in some countries, South Africa included, both in the private and public sector.

I’m sure there’s not one person among us who hasn’t come across harassment in the workplace, whether it is an annoying co-worker making snide remarks or a boss who vents their frustration or inadequacies on a hapless employee. A survey I conducted about harassment in the workplace, interestingly, had only female respondents, though. Are men too embarrassed or see it as a weakness to admit to being bullied?

Louise* (names have been changed to protect privacy) commented about a friend she was chatting to about the merits of agency life, who remarked that “agencies are excellent at juicing all the creativity out of their juniors.”

“I thought it was such a visceral and accurate description. In my first agency, at one point, I had eight months experience, 12 clients to service, and no support (up or down). I was paid a pittance and I cried in the bathroom for six weeks, only to be told I was mentally unstable when I eventually asked for help. And let’s not talk about the manager I had who grabbed me between the legs and said: ‘Hey, vetkoek (fat cake).’ I learnt hard and fast, and walked away with amazing connections, but I paid a heavy price in confidence which took me nearly a decade to overcome,” she says.

Louise said the PR agency owner had impractical expectations and would get snide and cold if you asked for help or slipped up, and you were expected to work nights, weekends, public holidays, with no regard to personal commitments or recompense. “I think she genuinely felt she was doing us a favour — that we owed her because she created a job for us, and we were getting wonderful experience.”

Bronwyn* comments that patriarchy still thrives, and she was bullied to the point that she felt she was worthless and did not want to be a journalist anymore.

She says the editor and copy editor (who also happened to be friends) saw a soft spot in her personality and were like sharks, knowing how to push her buttons and took pleasure in her pain: “They verbally and mentally abused me, humiliating me in front of my colleagues, and criticised me when I was trying to learn from my mistakes.” Suffice to say, Bronwyn survived and learnt from the ordeal, the two men eventually left, and she is now the editor of the magazine they once ruled.

Nao* worked for six years almost exclusively for an exploitative and abusive boss in the medico-legal industry. “I am happy to report that I ended the cycle and I am now a freelancer, and I still do work for him, but it is now on my terms.”

Sexism is still rife, too. As Alyce* remarked, her superior not only threatened to ‘klap’ (hit) her at a board meeting but also called her a “little girl”.

In a country where patriarchy still rules, it is no surprise that chauvinism exists, but employees have become more empowered to speak up about sexual harassment in the workplace after several Hollywood actresses came out and accused film directors of sexual harassment and rape. Soon after the #MeToo movement evolved across social media, it spread rapidly, becoming a voice for victims of sexual abuse from all sectors of society.

The creative industry has its share of toxic relationships and ruthless account executives, and it’s not unusual to hear that “it goes with the territory”. Friends or colleagues who join forces and start new businesses may become overwhelmed and demoralised if one of them gangs up on the other. It’s worse still, if the gang leader has the support of other team members, who, even if they don’t agree, are complicit with their silence. Mental and verbal abuse eventually leads to a breakdown of trust in the business relationship and friendship, with the ‘victim or victims’ being cast out, or feeling forced to exit the business for their own wellbeing.

Fame and fortune led to an award-winning game studio losing its top IT developers, as it lost its original identity and became a toxic environment to work in.

Telltale Games, a small video game studio suddenly came to fame in 2012 after winning Spike Video Game Awards’ game of the year with The Walking Dead, beating popular games from large studios that needed hundreds of developers and cost millions of dollars to make. At that time, Telltale was a studio with under 100 people. It was an important moment for Telltale as awards piled up, as the studio had previously been in a shaky financial position. Within a few years, they had tripled their developers as they delivered engaging narrative experiences with games such as Batman, Game of Thrones and Guardians of the Galaxy.

But success changed the culture of the company dramatically. What was once a small tightknit group, who valued their shared knowledge and friendship, changed as unfamiliar staff trickled in and top management became less involved in the day-to-day operations, leaving developers to do their own thing. The studio became impersonal and as a former programmer and designer, Andrew Langley, said, “you could walk around the office and hardly recognised anyone anymore.”

Once Sean Vanaman and Jake Rodkin, the project leads and co-creators of The Walking Dead dramatically left the studio in the wake of success, before completing season 2, it was predictable that Telltale would face more problems as it surged ahead, causing more and more of its best talent to leave the studio due to poor communication and the inability to transition from a small indie mentality to one more fitting for its size.

Unfortunately, in 2017, the ‘bubble burst’ and Telltale announced it was shedding about a quarter of its developers. Although it came as a shock to the industry, insiders said it was inevitable with the culture that had developed over the years of overworking staff, creative inertia, and toxic management styles.

In conservative Japan, companies are taking steps to manage the problem of workplace harassment and bullying, with power harassment prevention education.

The term “power harassment” was coined in Japan to explain workplace harassment and bullying from superiors (or colleagues), ranging from mild irritation and annoyance to serious abuses, which could involve forced activity beyond the boundaries of the job description (and where the superior may retaliate against the complainant), psychological abuse and bullying.

Yasuko Okada, owner and chair of Tokyo-based consultancy company, Cuore C3 Co, not only coined the term but started a “power harassment behaviour therapy programme” for clients’ companies to try and educate nightmare bosses on how to treat junior employees. “I received requests from clients wanting to rectify the behavior of otherwise competent, but abusive employees by making them realise that they are wrong, as punishing them did not entirely resolve conflict situations.” Okada adds that “bad boss” training may even improve the atmosphere in the workplace, if companies are serious about combating abuse.

Despite proactive measures to nip bullying, verbal, and sexual abuse ‘in the bud’ in the workplace, according to the South African Labour Guide, the number of complaints they receive is increasing. Like the respondents to my survey, many complaints are about rudeness or swearing from their superiors, managers or directors, being reprimanded in an abusive way in the presence of other employees and, in extreme cases, physical abuse such as slapping or pushing.

Sexual harassment is a serious offense, and it’s more common than one would imagine. Many cases still go unreported as victims are afraid that reporting it will cause repercussions or negative consequences to them.

Whatever the type, harassment should be reported to senior management or the HR department. It’s important to have a paper trail: keep a log of events and hard copies of any letters, emails or messages sent or received in connection with the complaint. You will need these as proof and to substantiate your claim at a disciplinary hearing, or if you must resort to the Commission for Conciliation, Mediation and Arbitration (CCMA) to resolve the matter.

Here are some useful websites for further information: 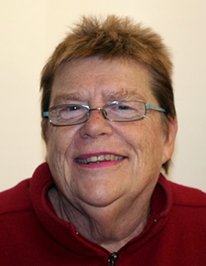 Cathy Dippnall (@eish_its_Cathy) is a writer, editor and researcher and has owned her communications business, Eish Expressions, for over a decade. Prior to that, she was a journalist for community and national newspaper groups, as well as working in the hospitality, medical and accounting industries. She has covered a multitude of topics, from current affairs, business, food, agriculture, education, transport, the build industry, travel, tourism, archaeology and much more. She is a contributing writer to MarkLives.com.