When everyone’s an expert, it’s smarter to say “I don’t know”

by Jason Stewart (@HaveYouHeard_SA) In a world flooded with irrelevant information, clarity is priceless. Credibility, authority and trust are the new valuable commodities, and the new source of power. However, identifying just who to trust, who’s an authority and who has credibility is not that easy.

Today, everyone seems to be an expert or professes expertise… even in areas in which they have no right to make those claims. Plus it’s crazy that we — society at large — don’t critically interrogate this so-called expertise. We read and hear it, and fail to acknowledge that it’s impossible for one person to be an expert in everything. Even crazier is that we — the supposedly well-educated, worldly and sophisticated marketing industry — don’t call out our own fake experts. And they do exist, be it in our own offices, those of our clients or those of our industry associations and educational bodies.

In the boardroom, the pressure is always on to have the answer. Status is given to the person who can give the quickest reply in the most-confident way. But how much time is wasted running down the wrong avenues? How much money is spent invested in the wrong idea? We all have countless personal examples from our past experience, of knowing we were headed in the wrong direction because someone didn’t say “I don’t know”.

Why do we do it? Simply, most of us have inbuilt subservience to hierarchy and, whether fake or not, we follow experts. Especially if they’re paid more than us and have the ability to fire us.

Admitting “I don’t know” is not a sign of weakness. Instead, it’s healthier for all if we’re able to admit that we don’t know as it allows space for curiosity and investigation, rather than spreading possibly damaging falsehoods. When everyone’s an expert, it’s smarter to say “I don’t know” — especially to a colleague, a boss and a client.

It took a while for me to learn that lesson after entering this industry. But now “I don’t know, but I will find out” serves me much better than professing fake expertise in full confidence on the back of knowledge ‘borrowed’ from one of the industry sites or a Netflix documentary.

The problem with regurgitating information recalled from somewhere is that it ignores both the complexity and context of the problem. Complexity ensures there are multiple layers, angles and conflicting facts bundled into a single situation that holds a thousand different variables, lies and truths to wade through. Context of the situation or time period may be as impactful as night and day, right or wrong.

So, if our intention is for the search of truth and for a solution to the problem, we need to embrace “I don’t know” so that we create the space for curiosity to flourish and for an honest investigate of the facts. The challenge comes in holding back all our uninformed sub-par opinions, and it’s difficult indeed. Next time someone asks for your opinion, try admitting that you really don’t have any idea. Feel that internal friction of your self-esteem having to swallow some pride, as well as the discomfort from those around you questioning your sudden unattractive humility. You’re not supposed to “not know”. But it can be liberating and stops the cycle of spreading falsehoods.

The more we start embracing “I don’t know”, the more we’ll be able to search out the credible sources of information we can trust, and the more space we can allow for the real experts to show up. We need to actively declutter the world of the fake expert and it starts with us.

So, if you asked me for my opinion on finding the truth, the true facts and the right solutions, I would have to say, “I don’t really know.” 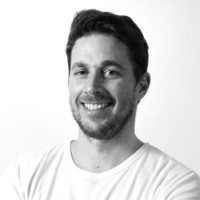 Jason Stewart is a co-founder of HaveYouHeard (@HaveYouHeard_SA). When not driving the agency forward, he is concentrated on insights and innovation by seeking out the answers to two questions — why and what next.