#AgencyLeaders2018: Women of the Year

by Herman Manson (@marklives) Today we reveal, as part of our annual Agency Leaders poll, our women of the year, as voted for by South Africa’s leading agency executives — a brand-new category.

The truth is that the vast majority of senior agency executives in SA are male and the vast majority of men participating in our poll tend to nominate other men. Our challenge to them, and the women executives voting in our annual poll, was to give serious thought to the women who play a pivotal role in our industry, whom they admire, and who should be recognised and celebrated for their contributions to our industry.

Female executives aren’t competing on a level playing field; we hope that the profile generated by this part of our poll will contribute some small part to evening that out. Until we achieve gender parity at senior management level, and in those invited to participate in our poll, Women of the Year will play a role in punching out the glass ceiling women should not be subjected to in the first place.

Every year since 2012, MarkLives has been polling South Africa’s top ad agency leaders to find out what they think of their competitors, whom they see as effective managers and great creative leaders, and where they believe their future competition is likely to come from. The first week we ran our Cape Town results, the second week our Joburg results, and last week our South African results. This week, we run our remaining categories. 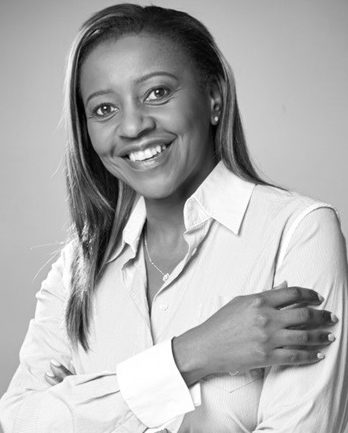 It was towards the end of October 2007 that a single mom of two took on a journey that began with her working alone in her study at home and has resulted in her building SA’s most-recognised independent 100% black female-owned creative agency. She is Monalisa Zwambila (@monalisa_zwam). This is her story.

Born to a family of entrepreneurs, Zwambila grew up understanding the merits of hard work plus the challenges of owning a business, although her own lessons were still to come.

She worked for Old Mutual and Edgars in the early 1990s, joined jazz band, Basadi, and launched a recording and production studio before moving into PR. She worked for a few agencies but only really found her feet when she started working at The Communications Firm. After seven years of dedicated service, she was promoted to managing director. But all good things come to end and, soon after, Zwambila decided to leave under challenging circumstances, having not seen eye-to-eye with its owners.

So, in 2007, she found herself at a crossroads, with an enticing offering from Standard Bank and the innate desire to start something of her own. She chose the latter.

Coming up with a business name is never easy. For Zwambila, a riverbed is where communities are built and where they grow from; it’s the channel where your water flows and ends up in the ocean. “I wanted to create an agency that became a channel for our clients,” she says.

The journey of an entrepreneur is never easy. Zwambila’s experience in the industry stood her in good stead for understanding the sector she was working in. However, it was only after six months that she landed her first job, a small internal BTL job for SuperSport.

Looking back, she’s grateful for the quiet time as she was really able to crystallise her thinking regarding the agency she wanted to create, and a lot of what she developed back then still stands. The SuperSport job led to work from Microsoft and, a short 10 months after launching Riverbed, Zwambila needed to start hiring a team.

Although any business owner will tell you that getting the right people in your team is paramount when you’re starting to grow, sometimes you just need people who can get the work done. Zwambila recalls she made some hiring mistakes but learnt a lot of lessons along the way. When recruiting now, she likes to use her agency culture as a compass. “Our agency values are very important to me as a leader and something I look for and interrogate in the people I bring into the business,” she says, adding that integrity, ambition, and passion are three core prerequisites.

There is often the perception of an independent agency and owner-managed business being smaller in potential than existing shops with bigger, sexier accounts. Because of this, she initially struggled to bring in a strong creative lead who could partner with her and tag-team the growth of the agency; it took a while. It was in 2014 that the proverbial snowball really started to roll for Zwambila, with the very serendipitous opportunity to acquire what was then Chillibush Communications and absorb not only its existing staff complement but also its entire client roster, including the likes of iWYZE, Old Mutual, and Unisa. Riverbed grew overnight.

There was the expected staff churn but the upside was that Riverbed soon began making it onto formidable pitch lists. Speaking on the acquisition, Zwambila says: “We had a more-compelling story to share with the market and could now begin to articulate what Riverbed was all about.”

When asked for her insights into creating a business from scratch, not only as a “solopreneur” or single mom but as a young black women, she admits that it was an extremely challenging journey and, although the industry is evolving, it’s still dominated by white men. This is a narrative she’d like to have her hand at changing. Considering 90% of the country is black with black women holding the majority of household purchase decisions, it’s easy to see why.

Everyone who works at Riverbed understands their role in changing the narrative. Zwambila would, however, like to see more black female creative leaders, than only business owners. The two go hand-in-hand in this industry and she believes we need both. “My journey hopefully opens up the opportunities for other black women to take the lead,” she says.

Here she is inspired by the poet Maya Angelou: “Each time a woman stands up for herself, without knowing it possibly, without claiming it, she stands up for all women.”

Be the best version

As a woman, business owner, friend, and mother, Zwambila has experienced all the challenges women have to overcome, and then some. As Riverbed continues to grow, it’s important for her to create the right environment where her female staff may be successful as moms and career-driven women at the same time. She is striving to create an environment where everyone can be the best version of who they want to be.

“I want to build an independent agency that is admired and respected, and that leaves a legacy of an agency able to disrupt the environment and prove women can come in and lead the space,” she says. Zwambila aims to build a purpose-driven agency run on three core pillars that herald great work — creating an environment of excellence, recognising and rewarding excellence internally, and showing that doing good for the community can really make a difference. She calls this the agency’s Greater Good Philosophy, one built on the aim to constantly strive and work towards greatness.

When sharing her advice to young leaders of the future, Zwambila stands firm in how she feels about believing in yourself and your potential. “You need to go into something with unending resolve and belief, and have a clear vision for the goals you set for yourself. It gives you a clarity of vision of what you want to deliver on. Also, always be clear on what the opportunities in the market are,” she says. Her book recommendation for anyone growing or just starting their careers? “Good to Great” by Jim Collins.

On what 2019 holds for her agency, Zwambila confesses that, over the last 12–18 months, she’s received numerous calls for acquisition from large multinationals. While it’s always a great feeling to be desired, it’s not something she’s interested in currently.

“It made me realise my focus needs to be on building a really great agency that creates relevant work that responds to what our clients want and delivers to what consumers need. I want us to be seen as a beacon of excellence across transformation, ideas, growth etc, while still doing good,” she adds.

Her three-year plan? To build Riverbed into one of the top three most-admired independent agencies in the country. 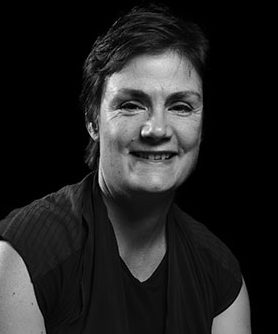 Please offer us a brief overview of your career (we think it would come best from you)?
Fran Luckin: [I am] the CCO of Grey Africa in Johannesburg. Previous gigs have included being CCO of Quirk (now Mirum) South Africa, executive creative director of Ogilvy Johannesburg, and, quite a few years ago, creative director at TBWA\Hunt\Lascaris.

[I have] judged many international and South African creative awards shows (including One Show, the Clio Awards, D&AD and three stints judging Cannes Lions, one as Print and Outdoor jury president). [I have won] a few awards, but [believe my] most significant achievement may be that, after 20-odd years in advertising, [I am] still more or less sane.

[I have] an MBA from the Berlin School of Creative Leadership, and served three years as chair of the academic board of the Red & Yellow School of Advertising.

In [my] spare time, [I play] the bass guitar with staggering ineptitude.

On what it takes to work in advertising:
FL: A sense of humour. Openness to change. Persistence.

On what it takes to be an ECD:
FL: Patience. Empathy. Resilience. The ability to leave your ego at the door (particularly in this age of integration and media proliferation, where we have to collaborate more and more with other agencies).

Best advice for young people looking to enter the industry:
FL: Choose the agency you work for based on who the leadership is and whether they’re going to be available to mentor you and teach you. Don’t get into the trap of taking your lifestyle up a notch with each salary increase. It can become a trap and leave you having to work for money, instead of being free to do fun things like a year off and pursue an interesting side project.

One thing you would change about work life in advertising:
FL: I wish I could reverse the trend away from retainer to project-based work. Not being able to do anything unless it’s a billable hour means we’re quite limited in how much value we can add. The benefit of having retainer-based business is that it gives agencies the freedom to invest time thinking about our clients’ business, above and beyond the briefs we get. It gives us freedom to take initiative without having to wait for a brief.

A recent piece/s of work you are most proud of: (please include a link to the creative)
FL: Duracell’s “Times Change, Power Still Doesn’t.” This is the follow-up to our 2017 campaign and I think it’s even funnier. 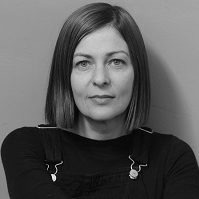 One Response to “#AgencyLeaders2018: Women of the Year”