by Ndumiso Ndlela (@ndundlela) If anyone has mastered the art of very-effective earned-media strategy, Kanye West is right up there with the greatest marketing minds of our time. And a rather powerful creative force in music and fashion depending on your taste, too. But you can’t argue with the man’s ability to attract as much attention to himself with minimal effect but maximum reach.

Earned media may be described as the attention and coverage your brand gets that fulfills two requirements: one being that you don’t pay for it (that’s paid media) and the second being a result of your deliberate promotional strategy (like endorsing a racist then getting your wife with her 60m followers to join the conversation to form your defence force) until you have TV networks, online media publications, fake news sites and independent bloggers writing about and sharing your tweets.

Kanye returned to Twitter after an 11-month absence and hasn’t stopped Tweeting since (or “ranting wildly”, as Fox News described it). Ye’s Twitter fingers are showing no signs of slowing down, from the Yeezy fashion line, where you can’t really tell if it’s the final product or not, to his daughter, North, from Coachella to several pro-Donald Trump tweets that included an image of Mr West wearing that infamous red cap made popular by the reality star American president. Such on-brand Kanye behavior has become less shocking if you’ve been following Yeezy the last couple of years — actually, ever since that Taylor Swift awards-show incident.

There is a genius to the madness. Love or hate him, people are talking and retweeting. A Wikipedia description describes the man who gave us cult classics, such as “My Beautiful Dark Twisted Fantasy” or “Late Registration”, as a “rapper, singer, songwriter, record producer, entrepreneur and fashion designer”. So, he’s a businessman who’s also here to move product and to make sure that every “Ye Season” is bigger and more memorable than ever. In between sending love to his “brother” Donald Trump, the product pushes and upcoming music drops get a mention. All he has to do is be peak Kanye to get the people going. The headlines really make themselves.

Ticks all the boxes

If controversy makes headlines, what is Brand Kanye without controversy? Although there’ve been some quotable gems in his tweet-stream-of-consciousness book, many of his fans (and possibly a new legion of Republican voters) have been following reports that he’s working on his eighth studio album, his first since 2016’s The Life of Pablo. Supported by Instagram posts showing several of his collaborators (Travis Scott, Kid Cudi, and the Dream), the anticipation is growing at a rapid rate. Including producing upcoming albums of industry heavyweights like Nas and Pusha T, Kim K’s baby daddy has drawn so much attention to himself — with just a stream of daily tweets. It’s hard to not look forward to what the man is cooking in the studio as he sets the twitterverse ablaze.

Kanye ticks all the boxes of a strong earned-media strategy, such as understanding that growth comes from market penetration and fresh consistency is key to keeping the brand top of mind. His most-masterful stroke? Making culturally relevant content the centre of his campaign approach, and having key influencers in Donald and Kim playing along.

With over 200 tweets since his return and no signs of slowing down, Kanye West fatigue is a real thing and you might find yourself following and unfollowing, depending on your tolerance levels of a complete ego-maniac. But, even if you choose to block everything Kanye on social media, someone is talking about the earned-media king as his content is so disruptive. 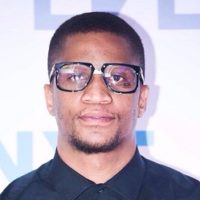 Ndumiso Ndlela (@ndundlela) is a storyteller at heart, a lover of cinema, an inspiring documentary filmmaker and a digital content creator. As head of digital for DNA Brand Architects, his passion is to help brands navigate the digital landscape and creating ground-breaking, innovative and award-winning content.