How drones are influencing media & entertainment

by Jono O’Connell. Just as the IT revolution is reengineering how businesses operate, so, too, are drones drastically altering the events, media, video and filmmaking industries. They are here to stay and, like it or not, this emerging technology is unleashing new possibilities and opportunities for private and commercial use.

I don’t say this just because I am in the industry; drones really are surging in popularity and totally reshaping industries. If you don’t want to take my word for it, then refer to the figures in the PwC global report on the commercial applications of drone technology — May 2016. The value of drone-powered solutions to all applicable industries has been pegged at a staggering US$127bn dollars and, as someone in the industry who sees their value, it’s exciting to note that the media and entertainment sector is right in the crosshairs of this shift, with a possible impact projected at almost US$9bn.

Due to the dynamic filmmaking capability of drones, directors have increasingly and specifically been writing scripts for shots that use drones. Why? Because drone shots have a unique capability of romance; they take the viewer on a journey that evokes emotions few other methods of filmmaking can. By being able to offer an anamorphic lens option, this emotion may further be amplified.

When it comes to the shoot, where you would normally need moving platforms and rigging to shoot aerial and high-angle shots, with the application of drones, this constraint may, in some cases, be removed, although shots within 50m of people, buildings and public roads would be precluded, due to local drone regulations. This doesn’t apply to operators who have obtained an exemption from the South African Civil Aviation Authority (SACAA) and listed it in their operational specifications.

When it comes to benefits, drones also have the potential to improve production times — but only if the operator is highly skilled and has all the legal approvals to operate a drone in a particular place — which, in turn, may pass on cost savings. If you don’t know what you’re doing, you may end up negatively impacting the budget. The bottom line is further impacted by drones being able to move effectively and in a controlled manor, and that one drone may replace two or three outmoded solutions. Thanks to technological advances, you may now attach the same camera you would use for stills onto a heavier weight-bearing drone.

So, even though drone technology is evolving and improving, great results are largely dependent on the pilot, camera operator, operating conditions and clear communication between team members. Directors and creatives are constantly seeking to push boundaries to create sensational and intriguing content. Achieving these results in a safe, professional and reliable manner must be the holy grail.

If you’ve never used drones in a production environment and feel compelled to introduce the new technology, be warned. The South African Aviation Legislation, Part 101, pertaining to the use of drones, is considered to be among the most-stringent in the world. Flying drones for commercial purposes in South Africa requires very serious considerations from legal and logistical standpoints, as well as performance limitations. So get your paperwork in place.

Outside the production environment, drones are making waves in the sporting and events industry. A great example of this is the hugely popular FPV drone racing, which is a big spectator sport that has a lot of money behind it. Spectators watch the first person view (FPV) feeds of drone pilots as they navigate tight sequences, going go head to head through exciting neon-lit race courses. The pilots compete for serious prize money when it comes to international competitions, such as the World Drone Prix.

Drones are impacting life as we know it in so many ways, from social and recreational use to how we produce ads and films, compete for sports titles and even get medicine into the hands of those in war torn countries — not forgetting managing the rhino-poaching crisis and keeping track of this endangered species. Drones are now part of life and, who knows, maybe we will soon see drone highways? Farfetched thinking? Perhaps not. 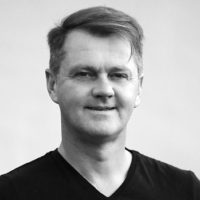 Jonathan O’Connell is owner of Timeslice Cinematography, a specialist high-end feature film and TVC drone operator. He was a speaker at the recent media and entertainment trade show, Mediatech Africa.