Ad of the Week: Banking that breaks the fourth wall

by Oresti Patricios (@orestaki) Capitec, that innovative banking brand, has come up with a campaign for the social age. These YouTube ads talk directly to viewers with a quick hit that gets the message across in five seconds. For the curious — those who don’t click the ‘skip’ button and keep watching — hilarity ensues.

“Five-second ads — annoying, right?” That’s what one of the cleverly cast characters in Capitec’s three-part web ad series says in the bank’s new campaign. He’s right; we’ve become so used to hitting the YouTube “skip” button that it’s as much of a reflex as saying “Bless you” when somebody sneezes.

Capitec launched in 2001 and, in just over a decade and a half, has grown from a small bank to one of South Africa’s ‘Big Five’. The bank’s message to market has always been based on the KISS (keep it simple, stupid) principle. Never shy to challenge other banks on their high fees, Capitec has provided simple, low-cost banking for individuals. In response, most clients you come across will declare a loyalty one normally only sees in Apple Mac fans. This approach has appealed to a lot of first-time banking clients, for whom charges are a major issue, as well as ‘switchers’ who are not satisfied with their current bank’s service levels.

Fast forward, and Capitec still realises how to connect. In this latest series of web ads, developed and produced inhouse, Capitec plugs right into the zeitgeist of its consumer base. Youthful, ‘ordinary’ people are filmed against a white background. The first five seconds presents the ‘sell’: Ain’t nobody got time for queues, any more than for ads. Use the Capitec app instead. Five seconds: boom, done. 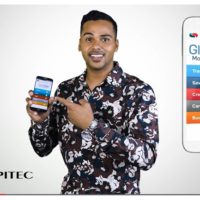 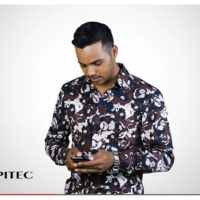 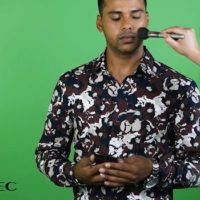 In each ad, the presenter points to the bottom-right corner and tells the viewer to skip after delivering the message. But what happens if you don’t? The camera continues to roll, and the presenter carries on doing their banking on the cellphone app. After a few seconds, there is a ‘glitch’ edit, the presenter looks up, and looks blankly at the camera. “Don’t watch me,” the actor in one of the ads says.

If you persist in watching, things get a little silly [in the best possible way]. The actor says, to the screen: “I’ve got banking to do. Come on, here we go, can you please skip?” In another ad, an actor gives the camera a really blank look and says: “Really, the ad is done. You can skip now. There’s nothing to see.” After that the actor returns to doing her banking on the app. 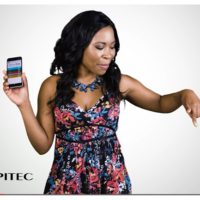 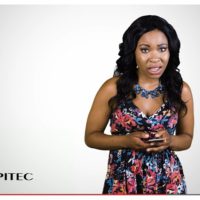 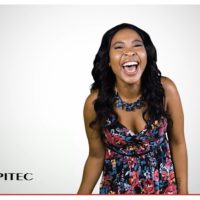 There is inherent humour in breaking the fourth wall — addressing the viewer directly without any of the artifice of an authoritarian voice. The personable presenters provide a sense of one-on-one engagement, but in a fun and humorous way.

Each of the ads has a different ending. In the first one, the man finishes with his banking app, says: “I’m done,” and disappears. In the second, the woman — clearly improvising — bursts into laughter, saying, “OK, I’m done,” and disappears. In the third ad, the man has his app banking interrupted by the makeup artist, as the background disappears to reveal a green screen. Then the crew start switching off the lights. “No, no, no!” he exclaims. Then, when the screen is black, he quips: “OK, take it and go.” 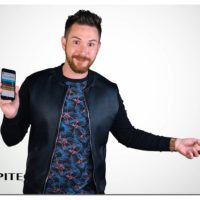 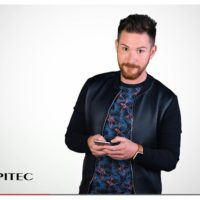 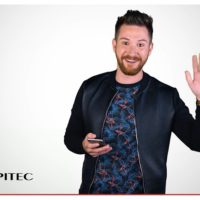 Each character has a distinct personality that is easily identifiable without being overly typecast. These are the kinds of people you might easily meet in a bank queue. But, of course, you won’t, because they will be at home using the app.

Capitec has shown itself to be an innovator, using electronic systems such as fingerprint readers to try and make sure clients move through the physical banking as quickly as possible. But, for most banks, it makes sense to get people to use an app for their day-to-day transactions. It cuts down on people needed to staff the bricks-and-mortar establishments, and it is convenient for clients to do what they need to do in their own time, and not waste time standing in queues.

It’s this forward-thinking that has won Capitec accolades from its users, and forced other banks to re-examine the way they deal with their customers. Moreso, Capitec has earned major brand loyalty and the kind of admiration from its clients that other brands would kill for.