Ad of the Week: No compromise

by Oresti Patricios (@orestaki) The Jupiter Drawing Room (Cape Town) takes us back to a time when the Windhoek Beer brewery had to cease production because the quality ingredients it needed were unavailable. A tongue-in-cheek vignette, directed by Marc Sidelsky of Bouffant, pays homage to the era and the spirit of this brand.

This new TVC for Windhoek Beer hits the nail on the head once again as it takes beer drinkers back in time while reminding us that the beer is brewed strictly according to the Reinheitsgebot, and that there is never any deviation from this tradition.

Reinheitsgebot. The first time I heard that word was when I was introduced to a beer brand called Windhoek Lager. Now, for those of you who don’t know beer([does anybody not know beer?), the Reinheitsgebot is a group of German laws that dictate the purity of beer. Over 500 years old, these strict rules dictate what can — or cannot — go into beer for said beer to have a guarantee of quality. This set of laws is, according the German Brewer’s Association, the oldest consumer protection act in the world.

After being told the story of the Reinheitsgebot and learning more about Windhoek Lager and the brand’s love of pure beer, I’ve created a strong mental association between the beer brand and this unique concept of purity. So much so that I can’t think of Windhoek Lager without thinking about the Reinheitsgebot. Windhoek’s brand consistency has had a lot to do with this, as has the brands marketing which has consistently, and cleverly, promoted this message over a long period of time. Remember the “Pure Beer Society”, and “What are you doing Dave? Keep it real” ads?

The mini-movie is set in a suitably Namibian landscape: a desolate brewery in the dry and deserted Namibian outback. The title appears, in suitably olde worlde style: “Based on Real Events — 1930s”. The music: a Spanish flamenco piece that evokes a sense of stillness and siesta. 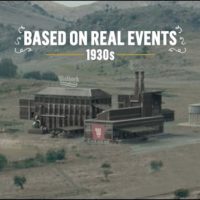 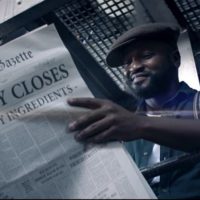 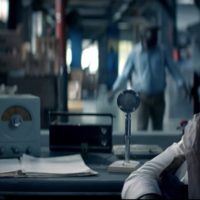 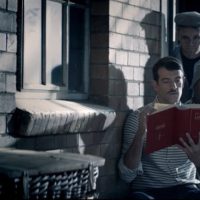 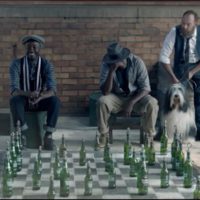 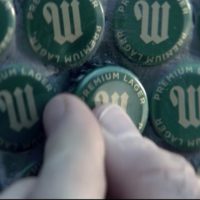 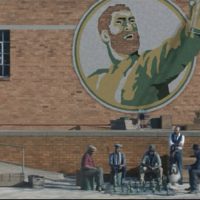 “Wait,” the narrator says. There follow a few scenes of factory workers doing just that — filling in time while waiting. One is playing tiddlywinks with bottle caps; another tricks a workmate into thinking he has squeaky shoes by making noises over the intercom; three men share a book called “In Search of Lost Time”. The narrator continues: “Wait… That’s what we did, when we couldn’t get our quality ingredients: we stopped brewing, and waited.”

The actors are all dressed as one would expect for people from the era, with peaky caps or trilbies, in shirtsleeves, suspenders and ties.

Two of them are playing chess on a makeshift board painted on the factory floor, with bottles decorated to denote the chess pieces. This scene cuts to a man sticking bottle caps on the wall and, when the scene cuts to the wide shot, we see he has been creating a mural behind the chess players of a man holding a beer glass aloft in a toast.

A distant truck-horn may be heard, and all the workers turn to look. The narrator says, “Until … we could.” 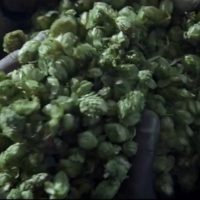 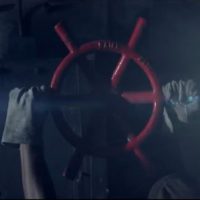 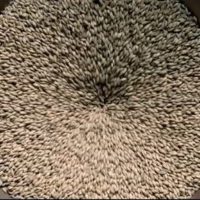 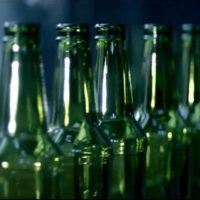 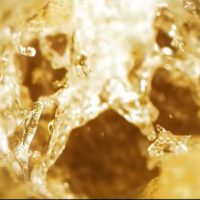 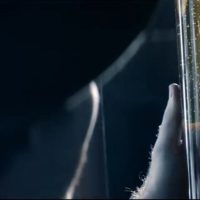 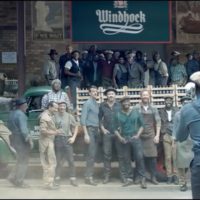 This signals a change in the workers’ mood and the pace of the editing, as the factory swings into full force. The trucks are offloaded, and the hops and barley are seen being fed into the stills. The music becomes a more-modern rocking tune, to go with the montage of steaming stills, beautiful golden brews being poured into gleaming green bottles, crates being loaded onto trucks and the workers all smiling and lining up for a group photo in front of the brewery.

The narration concludes with, “Here’s to a 100% pure beer. Here’s to never compromising. Not back then, not ever.”

If you go to the Windhoek Beer website, you’ll see that the brand has made a lot of changes over the years. For 90 years the beer, renowned for its purity, was brewed at the Felsenkellar (Cellar of Rock), on the corner of Sam Nujoma and Tal Street in Windhoek’s business district. But, in 1986, a new brewery, with a capacity of capacity of over 2.2m hectolitres per year, was completed just outside of Windhoek. Innovation was at the core of this move, as the plant sports a hybrid electricity system (solar and diesel), and harnesses water-saving initiatives. More recently, the brand has started growing its own barley to become sustainable and less dependent on imports.

But, as the brand modernises, it makes sense that Windhoek Lager remains as obsessive about the purity of its brew as it always has been. This is what sets it apart from other players in the market — it is at once the brand’s promise and differentiator. As Sven Thieme, the chairman of Namibia Breweries, writes: “It is always hard to make the changes, but the single most-important element remains constant — we will always brew our beer according to the Reinheitsgebot and it will always be crafted with the greatest care and dedication.”

One Response to “Ad of the Week: No compromise”