Following the First World War, two colleagues from the Deutsche Afrikabank, Carl List and Hermann Ohlthaver, set out to start a business partnership, Ohlthaver & List Ltd — where the legacy of Windhoek Beer began. In 1920, the two men used their business acumen to consolidate four existing breweries, together becoming the founders of South West Breweries (SWB). 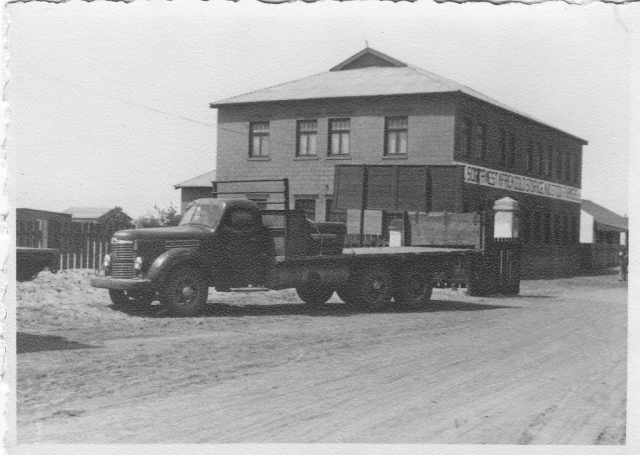 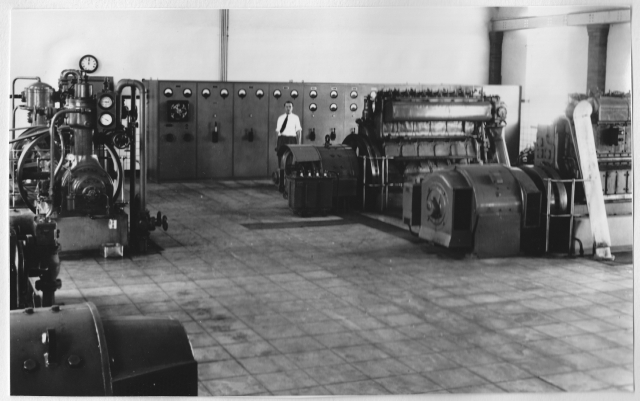 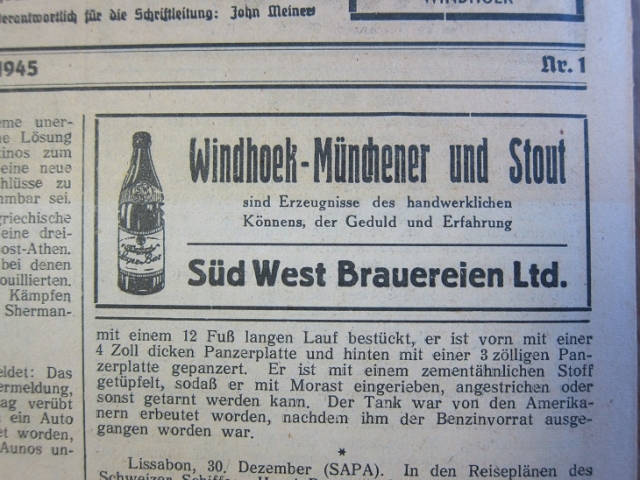 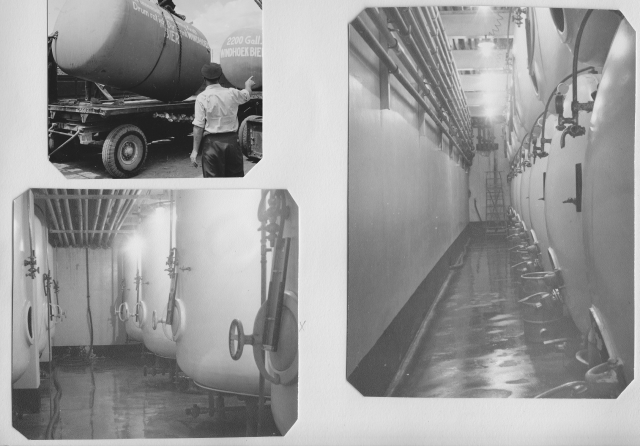 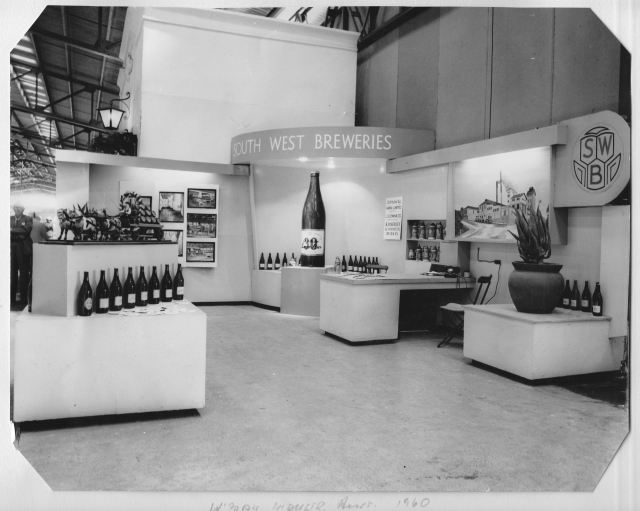 SWB has a state-of-the-art showroom in Walvis Bay 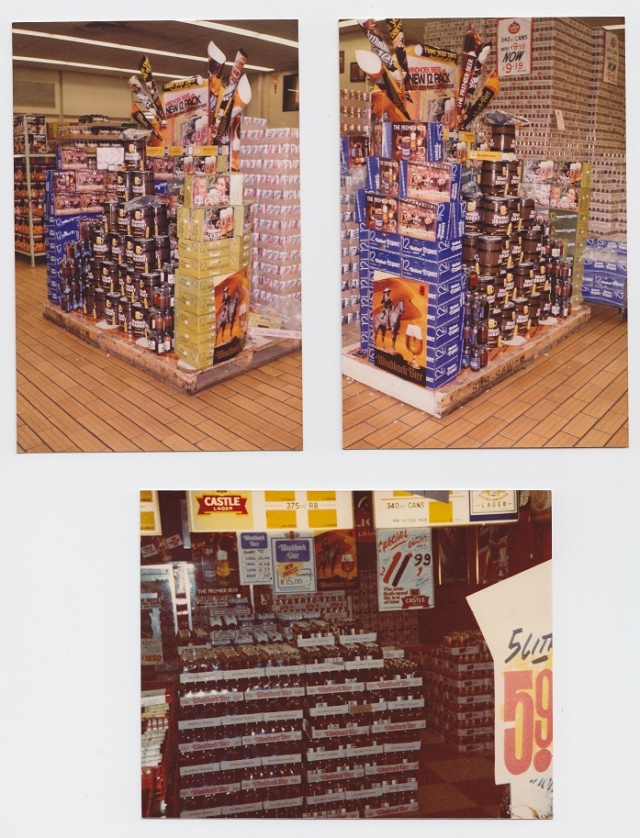 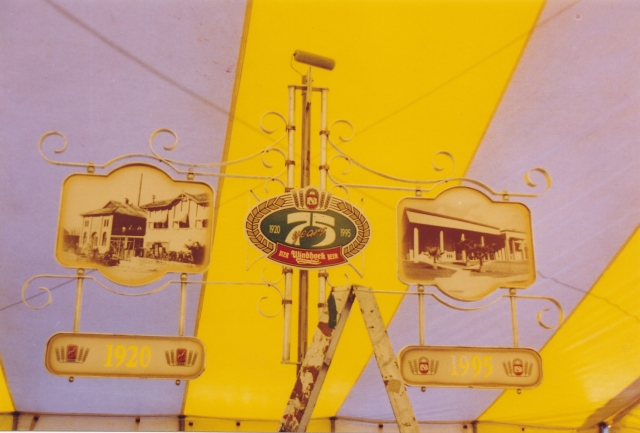 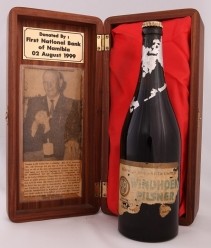 Description: Windhoek Pilsner was, in all likelihood, a variant produced by the Hansa Brewery in Swakopmund, which later became part of the SWB group. The label has the triangle SWB logo on the left. The Hansa Brewery was used to brew Hansa Pilsner (the rights of which were later sold to SABMiller), and hence the assumption that this originated from that brewery.

Description: An interesting icons on this label is the “50” watermark, which was put on the label to commemorate the 50th anniversary of the brewery. The SWB logo (South West Breweries) indicates that this label was used before 1990, when SWB changed its name (and icon) to Namibian Breweries Limited (NBL). This is a 750ml Returnable Bottle — the shape of which was only recently phased out.

Description: Affectionately known as “The Hand Grenade”, this was the bottle shape that most consumers would have been introduced to for the Windhoek brand. The short, stubby shape was quite common in SA at the time, and eventually was phased out when global bottle-shape trends moved towards taller, more slender shapes with longer necks. It was a 340ml Non-Returnable Bottle (NRB).

Brown glass was commonly used for beer, and it was only towards the mid-to-late ’90s that green glass came to define “premium” and most brands moved into green glass. Brown glass is, in fact, much better for the shelf-life of beer: it lets in less light and UV, and consequently the beer is less likely to become “light struck”, a condition whereby the beer acquires a slightly musty taste after exposure to strong light.

However, consumer preference is for green glass, hence the reason that Windhoek uses the darkest green glass that can currently be manufactured at scale in SA.

The watermark commemorates the 50 years that Windhoek Lager had been brewed, which technically happened in 1970. The precursor breweries to the current NBL were established in 1920. However, there was strong consumer resistance to any attempts to remove the “50” watermark, so it hung around for long after the 50th anniversary had come and gone!

The label shape was driven less by consumer preference or marketing insights than by production requirements, which dictated that you could have only one label shape across all products.

What is interesting is that there is no Reinheitsgebot symbol. While the beer was always brewed according to the Reinheitsgebot, this only became a central tenet of the brand’s positioning towards the late ’90s. This was also the first pack to show the “new-and-improved” NBL crest, which replaced the SWB brewery logo in 1990 when Namibia became independent.

Description: Referred to as the “Ecopack”, this pack was a returnable 340ml launched in Namibia. This was the first attempt to align the packaging across Namibia and other markets (primarily SA). Unfortunately, this bottle was short-lived: trade and consumer resistance to the smaller format and the hassles of managing returns led to it being discontinued within a few years.

This was the first introduction of the “racetrack” design that had become the standard in beer packaging across the globe. The slightl- off label shape was dictated by bottle shape, and the need to minimise label-application change parts. The design was developed by an in-house design team, and was also the first time the “Windhoek flourish” was rolled out in Namibia.

Description: This was a limited-edition bottle for the celebration of the fifth year of Namibian independence. Never really commercially available, it was used as a promotional tool.

This bottle is also a good example of how “The Hand Grenade” bottle shape was evolved to become taller, with a longer neck. It also signals the move to green glass, which was soon to become the norm for the Windhoek trademark.

From an iconography point of view, it is interesting to note the absence of the NBL crest or RHG shield. As this was a limited edition, we suspect there was less effort put into maintain consistency of the brand icons — especially the blue and red brand name!

What is significant is that this was the first use of foil on the Windhoek range — a practice that never really took off. This pack was only available in Namibia.

Description: This is another limited-edition bottle to commemorate the 75th anniversary of Namibian Breweries. By now, embossing had been brought onto the bottle.

Significant is the prominent RHG logo, which indicates the increased emphasis that was being placed on the “100% Pure Beer” positioning of the brand. This label is a later evolution of the same design that was applied on a square label; at some stage, marketing must have managed to convince production that they should invest in new label applicators, thereby allowing for die-cut label shapes.

By now, Windhoek was conforming to the internationally recognised “racetrack” designs of most European beers, and the Gothic script and double flourish were already well-established.

This pack was replaced by the current packaging of 2011.

Description: The current bottle shape for Windhoek Lager and Windhoek Light has been around for about 10 years. Windhoek was one of the first brands in SA that moved away from the short dumpy-shaped bottles to the long-necked bottle that has come to define the premium beer category. We think the rationale behind this shape is that the longer neck speaks more to ‘sophistication’ than masculinity, and has become a passport factor for any beers that want to play in the premium category.

Following up, Windhoek Draught was the first in SA to go with the “broad shoulder, narrowed waist” shape — a trend that many other brands have subsequently followed. The intention was to create a strong, masculine-shaped bottle that was still distinctive from all the others.

If a natural beer like Windhoek is exposed to sunlight, it very quickly develops a condition called “light-struck”, which gives it a “wet-cardboard” taste and smell. In order to minimise the impact of light, we have opted for the darkest green glass possible, specially formulated to limit the effect of UV rays and sunlight upon the beer.

In Brand View, the editors of MarkLives.com invite brand managers to share the visual and marketing history of their brands with readers. This column is by invitation only and is not paid for.