by Oresti Patricios (@orestaki) Big budgets and big brands have made their mark as MarkLives.com counts down the top 10 adverts of the year for 2016, but integration and clever social media have also won through. The judges’ votes are in — and here are the commercials we thought were the pick of the crop this year.

Which brands are among the top 10 ads of 2016? This year, we judges — MarkLives publisher and editor Herman Manson, MarkLives editor-at-large Simone Puterman, MarkLives associate editor Mandy de Waal, writer Jon Pienaar and myself — had a hard time choosing our top 10. After perusing all the ads, each judge had to choose their top 10, and then points were awarded accordingly. The results were incredibly close, so much so that five ads have tied for sixth place!

Here, then, is the quintet of adverts that came in joint sixth-place, in no particular order — next week, MarkLives.com will reveal which ads came in the top five. Congratulations to the brands and agencies mentioned, and our thanks for the innovation, craft and excellence displayed.

Joint #6. The Girl Who Rewrote Her Future by T+W for Absa and Afrika Tikkun

Absa made our Ad of the Week three times this year, testimony to the great quality of work being put out by the bank and its creative partners in a particularly challenging market.

The ad we liked the most from Absa — whose Prosper campaign has been running since 2013 — is “The Girl Who Rewrote Her Future”. Produced by T+W, the 3.5min mini-movie takes the form of a first-person narrative and is based upon a true story. Senanziwe Ndlovu, as a young girl, had to look after her siblings after her mother died. Unable to pay the fees, she was kicked out of school but, thanks to an international NGO called Afrika Tikkun, she was able to continue studying. Ndlovu went on to receive a bursary from the school and became head girl, and matriculated with exemption. She wanted to study further and, once more, Afrika Tikkun came to her assistance with a bursary.

Afrika Tikkun is supported by Absa, and it’s great to see the red bank investing in educational initiatives that help our country’s youth to prosper. This tale is heartwarming and inspiring, building the brand as more than a faceless financial institution.

Ogilvy & Mather Cape Town took the classic car test-drive to a new level for Amarok with an experiential campaign that did good while giving potential customers the best possible way of evaluating the car.

The idea was to get potential Amarok customers to take the 4×4 vehicle on a real-life test drive — but one with a purpose. The call to action asked people to apply not just for a turn to test the vehicle but to make a delivery to a worthy cause. This could be for school supplies, medical equipment, or even drinking water to a drought-stricken area.

The campaign used a microsite, socialtestdrive.co.za, to give more information and where people could sign up for a test-drive. This yielded a cool concept that got people driving the car brand, and also showed the power of the human spirit — people really can make a difference when they try.

As a campaign, it was really innovative thinking that provided positive associations with the brand.

Jet hit a homerun with its disruptive campaign for ‘Valentine’s Month’ that celebrated the diversity of women’s bodies and sent a strong message about body image to South Africans.

Joe Public’s integrated campaign for Jet’s fashion-for-every-body clothing line, which gained a huge amount of social media traction, used unconventional models: eight women of different shapes and sizes, some who were mothers, some young, some skinny, some well-endowed. Each model was dressed in lingerie, and given the opportunity to talk about their experience of body image. A graphic title was artfully added, and used the particular woman’s bra-size — with a creative twist. So, 40G became “40Gorgeous”; 32A was “32Amazing”; 32D was “32Divine”; 40F was “40Foxy” — and so on.

Videos shot behind the scenes were released on Facebook throughout the month of February. These shorts captured some of the fun that happened during the fashion shoots, and got each model to speak out about their personal experiences, both good and bad, as they came to love their own bodies.

With this campaign, Joe Public has cleverly positioned Jet as a champion of ‘real women’ in a market that is increasingly crowded. It’s a great way to differentiate the brand, and to promote self-love and body positivism. Kudos to all involved. 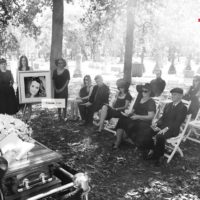 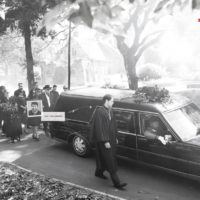 It is both ridiculous and unlawful for people to text or post on social media while driving. The risk to oneself, passengers, and others on the road is greater than many people think, as distracted driving may be fatal — if you take your eyes off the road for just three seconds at 60km/h, you have gone 50m. In just one second, barely enough time to glance at a GPS, and your 1.8 tonne metal box will have moved 17m. If a child runs into the road, or a car brakes in front of you, your impaired reaction time could mean death or serious damage.

Unfortunately, young people behind the wheel are more inclined to make a habit of texting while driving. Statistically, too, younger drivers are also worse at managing crisis situations in the traffic and are thus more prone to accidents. Aimed at this target market, DDB South Africa and Honda produced two print ads, beautifully composed and shot by David Prior, that use dark humour to illustrate the risks of driving and texting.

The copy of the one ad, called “Friends”, reads “Don’t post and drive”. The other ad, called “Followers”, features people following a hearse and reads: “Don’t tweet and drive”. Simple messages that hit home very powerfully, from a car manufacturer that clearly cares about road safety.

DDB South Africa and Glad created a very smart, well-integrated, and highly social-media savvy campaign that raised awareness not only of the brand but also of the international problem of food wastage.

The average American family throws away some US$1600 worth of food every year, or 25% of all food bought. I haven’t seen local stats but imagine that, in some households, wastage would also be high. Keeping food fresh for longer may prevent some of this, as plastic wrap keeps oxidising elements out and prevents the food from spoiling quickly.

The Glad campaign used Instagram snaps of food, as shot by foodies locally and internationally, that were then taken through a Photoshop process that ‘preserved’ them in plastic. Two days later, the pics were posted back to the original Instagrammer, tagged with #NoWastedFood.

Everyday food lovers, as well as chefs and food critics, along with food celebrities, were targeted in this fresh, innovative and light-hearted campaign. Many of the Instagram foodies replied with remarks, meaning that the interaction was seen by that Instagrammer’s followers as well.

Keep an eye out for part 2 next Monday, 12 December 2016, when I’ll be counting down the top five and revealing the ad that we’ve chosen as Ad of the Year!