Ad of the Week: How many friends, exactly?

by Oresti Patricios (@orestaki) Road safety is a difficult subject to communicate effectively, but DDB South Africa and Honda Motors Southern Africa have created two compelling print ads that bring home an important message, with just the right amount of gallows humour for the target audience. 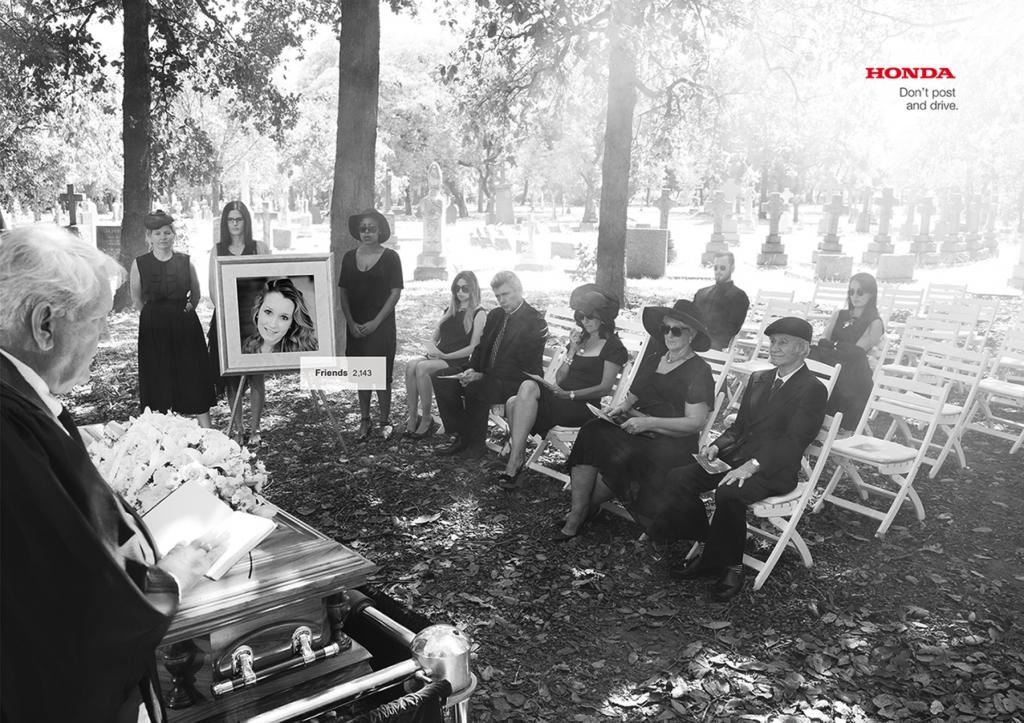 Young people are often obsessed with social media, and with the proliferation of mobile apps the danger of someone being distracted while driving has increased. And, while talking on the phone is distracting enough, texting while driving sends the statistics into even more dangerous territory. Now, with more social media channels coming online, and these all being housed in convenient mobile apps, added distractions abound. And while for some of us the idea of posting to your friends on Facebook or tweeting to your followers on Twitter while driving may seem quite simply unthinkable, there are many who admit to doing it.

The ad campaign comprises two beautiful photographs, both featuring aspects of a funeral. One is of a funeral procession: friends and family members walking behind a hearse. The second is a graveside scene: mourners listening to a priest with a coffin in the foreground. 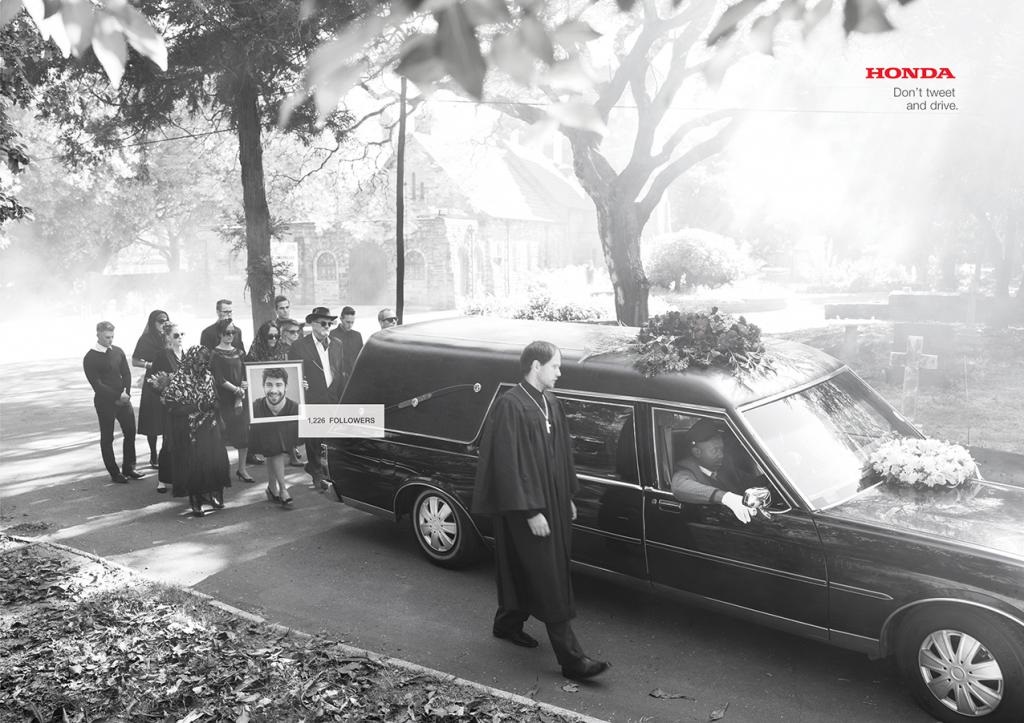 These are the sort of pictures that make you want to pore over the details. In “Followers”, the hearse is being followed by a group of about a dozen people. One of them is holding a framed picture of the deceased: a young, bearded man with a great smile. A graphic title floats next to the picture: “1,226 Followers”. The ironic message is clear — only a few of those who call themselves ‘followers’ would be there for you in a time of trouble.

In “Friends”, the message is similar. Although the smiling young lady in the picture has 2 143 ‘Friends’ on her profile, the seating at the graveside is depressingly empty — clearly more family than friends. If your friends can’t be bothered to pitch up at your funeral, then I guess they’re not really friends.

The photos, by David Prior, are masterful. The scenes are shot in deep focus, so one can see details of gravestones in the background of one picture, and a church building and yard in the other. The background is lit by sunlight, which is heavily diffused and slightly overexposed, creating an almost ‘heavenly’ mood. But the eye is drawn to the foreground scene, which places the characters in shade, but the lighting and exposure are balanced so that every detail may be seen. The art direction and casting are also to the point, and both photos are essentially a story in a frame.

It’s gratifying that a motorcar manufacturer is concerned enough about road safety to run a campaign such as this. It makes a difference from the all-too-common message from car makers about speed and excitement, which is not what driving in the real world should be about. Not that Honda has been guilty of this in any of the ads I’ve seen, preferring to focus upon other selling points, rather than speed and power.

Let’s hope this message makes it to those who are most at risk. It’s tough to get through to the late-teens/early-20s age group, and I hope the dark humour approach will work to make some people think twice about picking up that phone while driving.

Thanks to Honda and DDB for an ad aimed at keeping our younger folk safe, and please be aware of the dangers of using social media or a mobile phone, while driving.