by Oresti Patricios (@orestaki) Retroviral recently created an integrated campaign with an experiential focus for European banking service, Raisin.com, that has gotten people thinking and talking about their dreams.

I remember getting my first savings account as a child, and being taught about interest. It was exciting and magical to see my money growing towards something that I really wanted to buy. Popup origami installation, “Origami Art of Savings” captures this magic, drawing an extended analogy between origami and saving. (Origami is that ancient Japanese art-form of folding paper into a shape — a mini paper sculpture — traditionally without cutting or tearing it.) 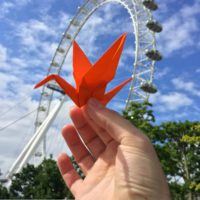 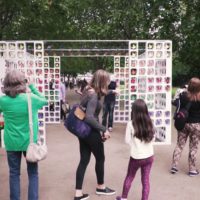 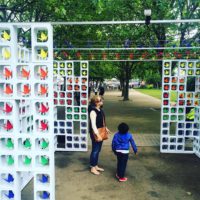 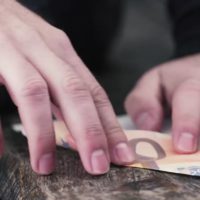 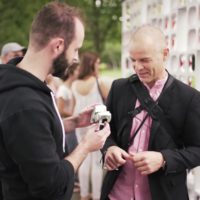 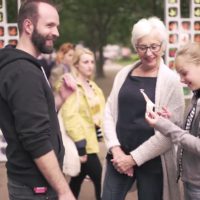 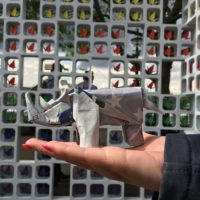 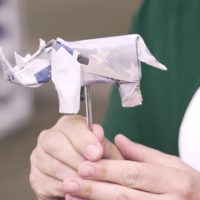 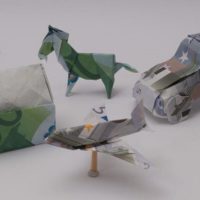 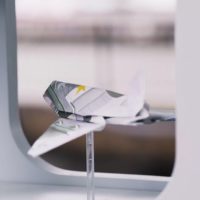 Raisin.com is an interesting disruptor in the fintech marketplace — it’s not a bank, but a service that maximises banking services for clients. In Europe — unlike South Africa, where moving money offshore is highly regulated — people may invest in a bank in any country in the EU. But it’s hard to choose which one, and then there is the hassle of signing on with identity documents and so on (we aren’t the only ones who have to deal with FICA-type regulations). But that’s where Raisin.com comes in. This online banking system offers clients an easy way of finding and saving at the bank with the best interest, wherever it is in the EU: it has affiliations with banks throughout the EU, and users only have to sign on once.

As the online video, which is just over two-minutes long and only being shown on YouTube, unfolds, it demonstrates how the overseas experiential activation took a lateral approach, starting off with a man folding origami in a park on a sunny day in London. Some of the origami sculptures seem to be made from Euro banknotes, while the voiceover speaks of an ancient Japanese legend that promises a wish to anyone who folds 1 000 origami cranes.

Wider shots reveal a large installation: a white structure, made of white boxes that are open, like breeze-blocks, creating a tunnel that people can walk through. Inside each block is a brightly-coloured origami crane. The camera focuses on people passing by, as they look at the cranes, and it seems to create something magical for them — a spot of bright colour in the lush greenery of the park. The narrator, who is South African origami artist Ross Symons, talks about the magic of money — how it can help one achieve one’s dreams. “We’re all saving for something,” he says, “A home, travel, education, all of the above, or none of the above.”

In the following scenes, Symons interviews a few people, asking them what they are saving for. “A small Italian car,” says one. “A house in Italy,” says another. “We’ve just saved lots of money to come here, and we’d probably do the same again,” says another.

Then the origami artist excuses himself and asks the interviewees to wait for a few seconds. He rapidly creates some original origami sculptures, which he presents to the interviewees — but this time it’s made from a banknote: a tiny car, an aeroplane (to represent travel), a house, a rhino, a giraffe. The banknote origami represents the first step in saving for that dream, no matter what it is. Symons, who has over 100 000 followers on Instagram, creates a little magic for young and old alike, and helps to make the abstract idea of saving into something tangible, believable and achievable.

The campaign extends across social media with the hashtag #RaisinDreams, asking people to describe what they are saving for. For more details on how the activation was produced and a CSI link, read last week’s Shelf Life column.

I love this campaign because it’s not what you’d expect from a financial institution, and it’s a refreshing approach to what’s normally a boring subject — getting people to remember that childhood magic of growing your money towards something special. It also shows how SA creative is up there internationally. Congratulations to Mike Sharman and the Retroviral team — this one’s got wings!