Motive: Eight things I learnt presenting in a foreign country

by Ross Chowles (@Kyffen) I recently did a One Show presentation on “How to Brainstorm” at the Art Directors Club Festival in Hamburg, Germany. Other guest presenters for these Lunch Labs sessions included people from Microsoft, Twitter and Google in Germany… Was I invited because they wanted updates on their holiday homes and favourite wine farms? No, it’s because South Africa produces world-class work and we can teach people a thing or two about our process…and our wines.

The Art Directors Club is the German equivalent of the Loeries, only it has ‘chapters’ in the major cities and each chapter gets a turn to host the event, which this year took place 22–23 April 2016. It’s incredibly well-supported and what added to the experience is that the festival took place in St.Pauli stadium — a great venue.

With regards to the Lunch Labs sessions, these look at trends, strategy and best practice, and are an opportunity for personal interaction on a small scale. While hearing judges talk about the process, I realised award politics is everywhere, as is the love of a great idea.

Here are my learnings from the experience:

When I was asked if I would do this talk, I assumed the presentation would be on a stage, in front of the industry. It wasn’t. It was a ‘breakaway’ lunch presentation to 40 people. Which is fine. Only my presentation was geared to a large audience and not an intimate one. I had 1000 cheat sheets printed for 40 people. 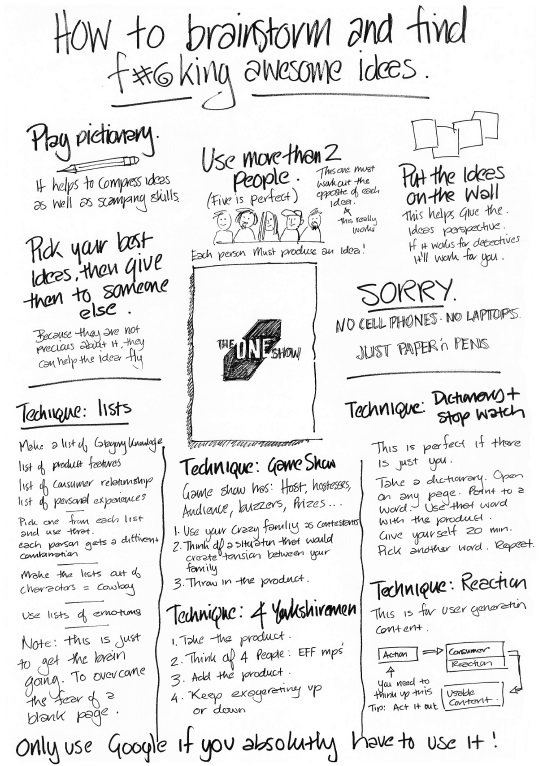 One Show presentation by Ross Chowles

My talk was filled with English humour and English reference points. Though the Germans speak English very well, I could feel that my thinking was a little alien. I had to constantly say, “This is f#@k funny in South Africa.” The basis of the talk was to drive you to find the illogical before you return to the logical. I got the feeling they couldn’t understand why you would want to not be logical.

I attended the awards show. It was dry and very straightforward. I was expecting a real ‘show’; this is Europe after all. The Loeries seem like you are in Baz Luhrmann’s Moulin Rouge compared to what the ADC show delivered.

I thought they wouldn’t have much to say about a country at the bottom of the continent of Africa. I was mistaken. Most knew a lot. Politics. Geography. Many had visited Cape Town and Johannesburg. They only had good things to say about our country.

There is a whole generation of young creative people who have not heard of The Jupiter Drawing Room.

Previously, when I travelled, as soon as I announced where I was from, there was a look of respect and recognition. Though this is still the case with the older generation, the younger stared at me blankly.

I visited the Reeperbahn, where The Beatles kick started their career, as well as meeting Astrid Kirchherr, who changed their hairstyle and changed the world at the same time. It was a magic feeling.

7. Travel has to be the best way to feel alive

(After falling in love and jumping out of an airplane.) However, to experience the magic, you have to be open to the magic a city offers. You need to get lost, take wrong turns, and avoid McDonalds, etc.

8. Expect to get mugged

Not by some local down-and-out but by any airport you travel through. It’s OBSCENE, the prices at airports. They know you are trapped and thus can fleece you. R150 for some nuggets and a coffee in Dubai airport. R650 for two whiskies and a burger in Singapore. It’s outrageous and we all accept it. Well, I didn’t. I made a fuss. I raised my voice (I did point out that it’s not the staff’s fault). The manager came to placate me. 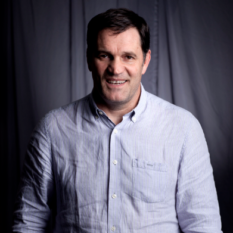 Ross Chowles (@Kyffen) has spent tens of years in advertising trying to perfect the art of persuading consumers to part with their money, 14 of those years spent at the usual gambit of multinational agencies and the rest as a founding partner of The Jupiter Drawing Room (Cape Town). He has judged a host of international awards shows, including Cannes, One Show, Art Director’s Club of New York, Clios and the Gecko awards in Namibia. He also secretly fantasises about being a teacher and has been involved with One Show’s annual education initiative in China — he is currently the only South African board member of The One Club.