Dissident Spin Doctor: Innovation in PR — so what’s the deal?

by Emma King (@EmmainSA) Last month I wrote about how everyone in the wider advertising and communications industry is innovating — except, it seems, us PR people. I felt there was just too much cookie-cutter, dullsville farming out of crappy media releases for many of us to be considered credible players in the communications industry. Quite rightly, I was then asked: what is the answer? How should we be innovating?

I think the answer will be different for each agency or consultant, depending upon their experience and where their passions lie. But looking at what is happening with bigger agencies overseas, and from what I can see happening here, there are some interesting territories that we, as modern agencies, could (or should) be considering doing to survive the long term.

Most PR people are pretty much jack-of-all-trades. We’re copywriters, strategists, media-relations gurus, industry schmoozers and general dog’s bodies all in one. It means, though, we can’t offer much except that. And a decade ago it was OK to send out a bunch of press release and let other people do all the work.

But it’s not good enough now — in a time when everyone is consuming information across a million different platforms in a million different formats. There’s no reason that we shouldn’t be taking on briefs to develop videos, emailers, design and visual identify projects and other collateral. And, instead of outsourcing it, we should be looking to hire that talent and build those skills into our offering. Why should that go to the ad people?

So many PR agencies, especially in this country, lump all kinds of PR together. If we’re lucky, there may be some kind of focus or specialisation in corporate vs consumer-facing work, or perhaps a couple of social media managers making up a “digital” team. But, again, I think we’re missing a trick by just focusing upon using our skills in traditional old media relations.

The exciting agencies overseas have taken their skills and developed business units or specialised offerings that focus in on a tight understanding of a niche area. Some have sponsorship arms that focus upon clever management of brand assets and faces of brands; others have research teams that develop clever insights that media campaigns may be built around. Still others have rolled out events teams that do more than simply manage activations that hand out product samples — they are teams that understand that value of news creation, and so their events and stunts are clever enough to make headlines.

Imagine how much more interesting we could be instead of just drafting those dull old “thought leader” pieces?

A smart entrepreneur once told me that the secret to success (and millions in the bank, one assumes) was not in creating many businesses, but rather in creating one which had several income streams.

Again, the ad and digital people have worked this out: the big ad agencies have incorporated income-producing business units (such as media strategy and buying teams) into their offerings, while the digital folks are cleverly using their talents to create passive income streams through apps and digital innovation.

And what have we PR people been doing meanwhile? Not much except blithering about whether AVE is a good measurement of success (pro tip: it’s not) and patting ourselves on the back because we learnt how to do a Facebook promoted post.

Personally, I’ve been thinking about some ways in which to develop new income streams which work alongside our PR business (which I’m obviously not going to share in this forum yet — at least until they have been wildly successful and I’m reclining in my private island in the Bahamas). But here are some thought starters-I’ll chuck in for free. Why aren’t PR people being publishers? Could we commercialise a model based around global-asset management for brands — managing the creation, development, licensing and issuing of collateral to news outlets on their behalf? Or what about developing a shit-hot media monitoring, contacts and measurement tool that actually works? The possibilities are endless…

PR agency of the future

Much has been spoken about the “ad agencies of the future”, but not that much about what the PR agency of the future will be. It won’t be much different to that we are seeing now, unless we, as an industry, get out of our little boxes and start to take more risks.

We need to be trying new ways of doing things (even if we fail a couple of times along the way) and we need to become proper consultants who counsel at leadership level, instead of being purely implementers. For me, this means that PR agencies need to radically change from being simply “media-relations specialists” to start looking closely at how they can build their offering to deliver clever insights, creative execution, and innovative offerings and products.

Only then will we still be relevant enough to see in the next couple of decades. 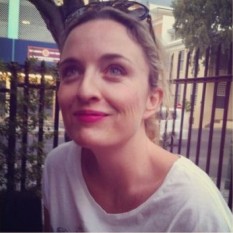