Motive: The Euro code [Design Plus]

by Mark Tungate (@MarkTungate) With the “Brexit” poll looming and the European flag fraying at the edges, I set out to find out who designed the logo of Europe. My investigations unearthed controversy — and perhaps even a conspiracy.

The subject of Europe’s flag is topical again because the British will vote this summer on whether or not they will stay in the European Union. More recently, the Netherlands and the Czech Republic have also suggested that they might want out.

The European flag looks distinctly limp right now. But who actually designed it? A little internet sleuthing unearths his name: Arsène Heitz. Never heard of him? That’s hardly surprising, because he was a humble bureaucrat working in the Council of Europe’s postal service.

The story began in 1949, when the Council of Europe was founded at the prompting of Winston Churchill. Its goal was to avoid future conflict by taking a united stance on human rights, democracy and the rule of law. Discussions about a European flag began as early as 1950. Inevitably, a committee was set up to study the matter.

Now another character enters the fray: Paul MG Lévy, the council’s director of information, who was put in charge of sourcing and evaluating designs. Lévy was no artist, so he approached Heitz, whom he knew had some talent in that area. Heitz submitted several designs. Lévy liked the look of one featuring 15 stars on a blue field. It resembled a similar proposal from the Spanish diplomat, Salvador de Madariaga, who had suggested a constellation of stars on a dark blue background.

The committee approved Heitz’s design, but not the choice of 15 stars — reflecting the number of states on the council at the time. As the number was likely to change and the flag was supposed to be symbolic, 12 stars were chosen.

Lévy had the exact design drawn up and the flag was officially adopted on 8 December 1955. A statement described it: “Against the blue sky of the Western world, the stars represent the peoples of Europe in a circle, a symbol of unity. Their number shall be invariably set at twelve, the symbol of completeness and perfection.” The flag’s status as the symbol of European unity was confirmed in 1992, when it was adopted by the European Union (established by the Maastricht Treaty to replace the European Committee).

Now let’s get to the dramatic stuff. Various sources claim that, in 1987, Heitz revealed that the supposedly secular flag had religious undertones. A Catholic, Heitz said his design had been inspired by representations of the Virgin Mary wearing a crown of 12 stars. Pious Catholics in 19th century France wore medials depicting that exact image. He supposedly made a similar claim in Lourdes magazine, a publication run by a branch of the Catholic church at the pilgrimage site.

Repeating the anecdote in 2004, The Economist suggested that one of the roots of the “British wariness of the European Union” is the suspicion that it is “a Catholic conspiracy”, shared by Margaret Thatcher, among others. It added that “many of the moving spirits of post-war European integration — Konrad Adenauer, Jacques Delors, Alcide de Gasperi and Robert Schuman — were devout Catholics”.

Conspiracy theorists are fond of pointing out the date of the European flag’s adoption in 1955 coincided with the Catholic Feast of the Immaculate Conception of the Blessed Virgin Mary.

Conspiracies are fun, but rarely stand up to scrutiny. The magazine where Heitz is said to have made his original claim, the Catholic journal Magnificat, did not exist in 1987. And by the time of The Economist’s article — which refers to Heitz’s “recent” claims — the flag’s designer had been dead for five years. Lévy himself, who helped choose the design, denied any religious connection.

Why 12 stars then? The number does seem to have a special significance: 12 months of the year, which give us 12 signs of the zodiac. But also the 12 apostles, the 12 tribes of Israel, and the 12 Tables of Roman Law.

When the architect, Rem Koolhaas, was approached in 2002 to suggest an alternative to the European flag, he sensibly banished the stars completely. Instead, he came up with a striped version (above right) comprising the colours of every European flag. It looked like a cross between a bar code and the logo of UK fashion designer, Paul Smith.

The design had a brief moment of glory as the symbol of Austria’s EU presidency in 2006. But, beyond that, the proposal has not been adopted. 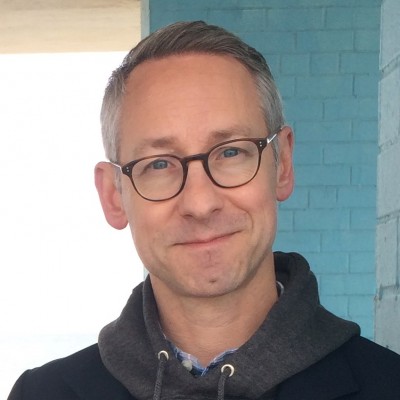 Mark Tungate (@MarkTungate) is the editorial director of the Epica Awards (@EpicaAwards), the only global creative prize judged by the specialist press. In a new series of articles called Design Plus, Epica is highlighting creativity in the design field.