Motive: Circulation to certification — name change is sign of the times

The decision we have made to replace the “circulation” in our name to “certification”, after over 50 years, is not just a trivial one and a bid to keep our well-known acronym the same, though that factor is not to be ignored. Our name change is more than that, but reflects the evolution of media business-models worldwide and, more appropriately, points to an increasingly digital future.

No longer fit for purpose

The old institution of the ABCs — Audit Bureaux of Circulation — which the media industry has come to know, love and maybe even fear a little, was no longer fit for purpose. The term “circulation” has become archaic and synonymous with our print-bound past. It simply does not reflect how the explosion of digital media consumption worldwide has irrevocably shifted or the way that publishers have recognised they must not just engage, but, so much more crucially amidst ongoing economic pressure, must make money from new channels.

The identities of published media-brand owners are no longer simply defined by print publications, but have now evolved into wider media brands with multiple products — not just newspapers and magazines, but events, seminars, conferences, apps, videos, podcasts, webchats and more. The recession has made entrepreneurs of media owners and, for those fortunate enough to possess that perfect corporate mix of creativity and commercial nous, the sky’s the limit.

In these hard times, the media industry has fully realised the need to grasp the opportunities thrown up by change, and some may argue that it has still not successfully achieved this transition, as financial statements show. And we, as the governors of accurate, transparent and accountable reporting of media performance, have also recognised the need to future-proof ourselves in support of our members. Certification, rather than only circulation, can much more nimbly represent not just copies issued but viewers reached through multiple devices, online editions, digital publications, measured by newsletter subscribers, monthly uniques, active views and daily views, to name only a few. And even further, as some audit bureaux have done, into hot industry topics such as brand safety and viewability.

Members across our representative countries worldwide have already demonstrated proficient measuring practices under a model of certification beyond circulation. In Hong Kong, for example, mobile-app publishers can audit not just downloads but, by platform, number of app visits, app-visit duration, page views and social platform followers. It has been a journey, but both the buyer and seller sides of the market are now in agreement on metrics and standards, which allows all parts of the ecosystem — media owners, advertisers and advertising agencies — to have the confidence to invest further in app-based advertising.

In the UK, our work with broadcaster body BARB’s Project Dovetail is a world-first, in response to fragmenting patterns of viewership and the proliferation of platforms, channels and catch-up services, and similar opportunities may arise in other markets. We are providing an independent, industry-standard audit of viewing on broadcasters’ media players, both linear and VOD. ABC’s role has been to help develop census-measurement standards for this type of viewing, check the system setup and to verify that the data being collected from each individual broadcaster are consistent. This new data source is vital to properly measuring all ‘TV’ viewing, not just that via the TV set — a fast-growing opportunity for both media owners and advertisers.

In Spain, the OJD has recently passed a set of rules to determine the metrics and reporting for out of home, which includes both traffic and audience impression for media properties that have a face-recognition system installed. This new framework provides a consistent accounting method to understand the real audience of digital signage, rather than just trusting audience data based upon samples.

And, in Brazil, the IVC has rolled out independent ad-campaign auditing, fully operational on the AppNexus exchange, with around 10 campaigns currently being audited on a monthly basis. Large global and local advertisers are now starting to require this independent level of campaign analysis in their procurement processes.

Brazil has also developed its own web-analytics tag to provide an independent source of evidence. It has shifted all digital auditing to this methodology, with the result that around 80 websites are crunching data of more than 2bn page views monthly. The easy implementation has allowed publishers to correct their web analytics, improving some numbers by 20%. The same technology has been adapted to also audit apps.

Our move to certification beyond circulation has fuelled a drive for greater consistency across global standards — not an easy job when you consider the over 100 years of combined practices across all 36 markets in which we operate. It enables a greater sharing of best practice and learning across markets, which strengthens each part of the value chain to be greater than the sum of its parts.

Media owners, fundamentally, can make money from each and every one of their different products far more effectively with the ability to highlight the growing diversity and reach of their products through independent certification — and, as in Hong Kong, make the case more credibly for investments in new forms of advertising. Media agencies can compare different media vehicles more consistently — offering to brand clients greater levels of trust, transparency and accountability in their advertising investments, and confidence in new formats. Advertisers in turn can be better assured that they are not just getting what they pay for, but will generate the ROI they and their stakeholders are demanding.

The words “circulation” and “certification” are but letters apart — but in a now digital-centric world, where consumer behaviour continues to shift exponentially, our approach to media measurement is light years ahead of where we began in 1963. 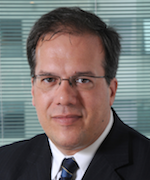