by Oresti Patricios (@orestaki) The UEFA Champions League is considered the world’s premier club football league, and gets international coverage, including in South Africa. But it’s not just European expats who follow it; while SA football fans are loyal to their own clubs, many also follow the European league.

This year, Bayern Munich met Barcelona in the final, and it was much-anticipated match. M&C Saatchi Abel decided to do a branded content piece for Heineken, one of the sponsors of the Champions League. Tagged as #ChampionTheMatch, the idea was to bring the world of the Champions League closer to South African fans. The concept? To stage a fanzone event in Pimville, Soweto, for local fans.

The TV promo that was shot to promote the event cleverly used footage from the activation, combined with a fictionalised backstory that included local celebrities DJ Euphonik and comedian David Kau, as well as a surprise international guest.

The story in this ad revolves around Mxolisi Soka, a Soweto resident and soccer fan who is looking forward to watching the final with friends at a township venue. But when he arrives at his local — a pub that adjoins a carwash — he is disappointed that the TV set has bad reception, so it seems as if the event he were looking forward to is going to be a washout. 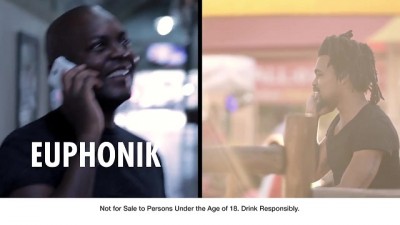 But then he gets a brainwave, and calls two friends, Euphonik and Kau. “I’ll send him a message — Ronaldo’s friend,” Kau says on the phone, which is the first hint of what is to come.

The text on the screen is “Mxolisi calls one more star” — and a twin-cab emblazoned with the Heineken star pulls up, filled with soccer balls, beers and a green couch. The three friends jump into the bakkie and set off down the highway. 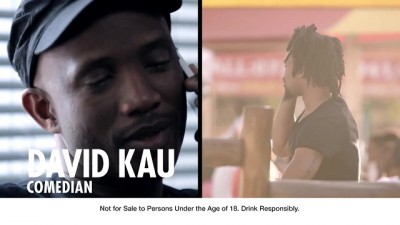 “Do you think he’s going to come?” asks Euphonik. Exactly who ‘he’ is is still a mystery.

“Do I think he’s coming?” says Kau, looking in the rearview mirror. There is a shot of a green container truck with the slogan “Champion the Match” on the side. “Yep, he’s coming,” says Kau.

In the following montage, the container is taken off the truck and set up at the carwash/pub venue. This was the actual event created for the residents of Soweto to view the match and meet a mystery star. The evening begins with people jiving to the sounds served up by Euphonik, and climaxes with the big reveal. 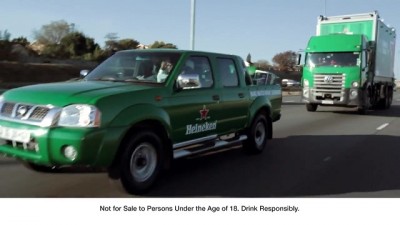 The container opens, and out steps Deco, one of the few soccer players to have been in two winning teams in the UEFA Champions League: in FC Porto in 2004, and in FC Barcelona in 2006. The footage of people’s reactions is fantastic — everyone is clearly very excited to meet the famous footballer ‘in the flesh’.

Inside the container is the green couch, and the floor and stage have been outfitted with astroturf, so Deco can show off his legendary ball-control skills — and watch as some of the locals try and impress him. 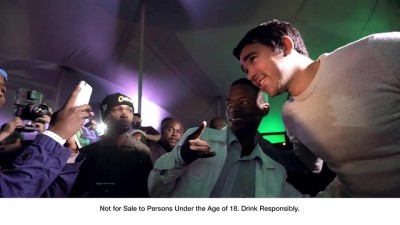 “No matter where you are in the world, make match night legendary,” is the text on the screen. There is a big screen set up for everyone to watch the match, and the TV spot ends with Mxolisi giving the camera a big thumbs-up. Clearly a good time was had by all.

The motto “Think global, act local” comes to mind. Heineken understands its customers, and offers them psychological visibility by providing a pop-up ‘fanzone’ for an event that is dear to the hearts of the brand’s potential consumers.

Local SA soccer is ‘owned’ by other beer brands, so Heineken is capitalising on its sponsorship of the Champions League, with a clever activation. It’s also aligning itself to local celebs such as Euphonik and Kau. 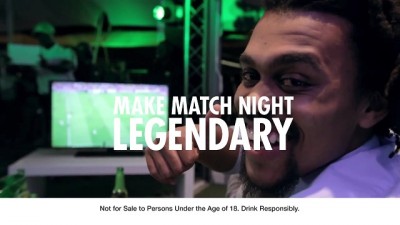 The narrator of the video, Mxolisi, is a sort of ‘aspirant everyman’; he is successful, but still goes back to the township on the weekend, where he can get that sense of community.

A bold campaign, with a bold and exciting execution: something different and insightful from M&C Saatchi Abel. Laduuuuma!