Ad of the Week: Lions with lightsabers [Oh yes!]

by Oresti Patricios (@orestaki) Now the cat videos that dominate them interwebs usually depict domestic cats, with their strange positions of sleep or cute play, but this doesn’t mean we don’t love the big cats. And this week’s ad is all about the big ’uns — those kings and queens of the jungle — Panthera leo! 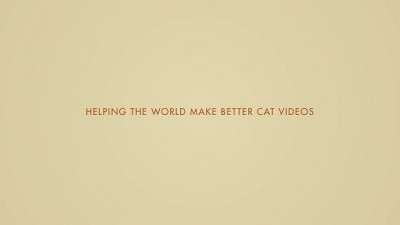 The internet’s obsession with cats — cat memes, cat videos and cat photos — is something that is hard to explain. It’s one of the few things about the internet that’s constant, and who knows if it will ever go away?

When Terry Stein was at New Republic some years back, she tried to explain this phenomenon. “We’ve come to accept that cats play an outsized role on the World Wide Web, our understanding of why that’s the case still lags,” she opined in an article entitled: Why Do Cats Run the Internet? A Scientific Explanation.

Stein points to the deep fascination that humanity has had with cats since the dawn of time. Philosopher of art at the University of Kent, Michael Newall, is quoted by Stein as saying that our “inordinate interest in cats may derive from their formal resemblance to our offspring.” The cute button noses. The dome heads, the big eyes. Maybe these are what trigger a nurturing compulsion?

Anyway, FCB Cape Town decided that big cats would be a great theme for a campaign for client Safari Link, a gateway for people looking for safari destinations in South Africa. The agency produced two ads that manage to mash some of the internet’s favourite memes, including cats, Star Wars, a famous gerbil and cats… did I mention cats?

The first ad, “Dramatic Cat” is a reference to a much-viewed, imitated and re-uploaded video from some seven years ago, called “Dramatic Look.” This is a five-second clip of a gerbil that turns and stares into camera with a really strange look in his eye. What makes it funny is the dramatic music that has been added.


So FCB found a video of a lion turning its head and staring into the camera in much the same way, and it added the same dramatic music. For anyone who has seen the gerbil video, there is instant recognition — an ‘aha’ moment that is bound to create a laugh. The second ad, “Saber Cats”, refers to something that just about anyone should recognise: the Star Wars lightsaber. The clip of two lionesses squabbling over some food has been enhanced with some special-effects software; instead of just snarling and snapping at each other, the lionesses also have lightsabers, and their movements are carefully matched with the clashing of these futuristic weapons. The payoff line for both ads is “Helping the world make better cat videos.”

The ads were placed as ‘pre-rolls’ before some of YouTube’s most popular cat video compilations. This is clever targeting; instead of a scattergun approach, it’s more likely that animal lovers will watch all the way through and get the message.

The pre-roll is a smart move. It speaks directly to our current, collective attention-deficit disorder. We want to be entertained now, damn it, but only for a couple of seconds. On YouTube, too-long ads are quickly culled with a click on the ‘Skip Ad’ enticement.

Lions with lightsabers — it’s a no brainer that this is a win. It’s a meme. It has all the makings of virality. It is an ad intelligent of message and medium. FCB — you clever, clever people. Roar!