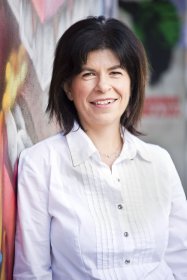 What are your key findings and expectations in terms of media revenue growth in South Africa, Nigeria and Kenya respectively?
Vicki Myburgh: South Africa’s entertainment and media (E&M) market is forecast to be worth R190.4bn in 2018, up from R117.1bn in 2014, increasing at a compound annual growth rate (CAGR) of 10.2%. By far the largest segment will be the internet. Within the internet segment, mobile internet access spending will take in the most revenue, adding over R40bn to E&M spend over the forecast period. This will be driven by the increasing number of South Africans who are becoming mobile internet subscribers — forecast to rise from 15 million in 2013 to 35.2 million in 2018.

Mobile internet access will also prove to be a great enabler for growth in other segments, such as consumer spending on online games and digital music downloads.

Television, however, remains very popular and will remain the second-largest segment. A growing middle class with greater disposable income will lead to a rise in pay-TV households. This, along with the perennial popularity of television as a mass medium for advertisers, will account for the forecasted 5.2% CAGR.

Nigeria’s E&M revenues will reach an estimated US$8.5bn in 2018, more than doubling the 2013 figure of US$4.0bn, at a CAGR of 16.1%. This represents one of the fastest growth rates in the world. As in SA, internet will be the key driver for Nigeria, in a country where the number of mobile internet subscribers is forecast to surge from 7.7 million in 2013 to 50.4 million in 2018.

Mobile internet access alone will add more than US$2.2bn over the forecast period, while mobile also dominates internet advertising revenue. Outside of internet access, the star of the consumer market is video games, and mobile gaming revenues in particular. The video-games segment is forecast to grow at a 20.1% CAGR to 2018. One major driver of this, of course, is the rapid growth forecast in the number of mobile internet subscribers, but another major facilitator is the nature of mobile and online gaming.

Consumer revenues in Nigeria are hampered by piracy. In the book-publishing industry for instance, the photocopying of books is widespread, while the World Bank estimates that 90% of DVDs in circulation are pirated, which prevents filmed entertainment revenues from taking off further.

Kenya recorded US$1.7bn in E&M revenues in 2013, and this is forecast to rise to US$3.1bn in 2018, as mobile internet access, in particular, moves from being a luxury purchase to an affordable essential for the country’s growing middle class.

Kenyan pay-TV households are forecast to double to 2018, but the bulk of television growth will come from advertising on terrestrial channels. Television and radio will account for R1bn plus of revenues in Kenya at the end of the forecast period.

While print ad revenue continues to grow, you note that SA newspapers have had limited success in generating similar amounts of ad revenue online. Do you believe paywalls are an effective revenue generator? Take-up seems to be so limited that they seem to be getting increasingly ‘leaky’.
VM: The newspaper-publishing business has endured significant challenges in recent years. The rise of digital media, spurred by the increased adoption of smartphones and tablets, has seen the content market flooded with competition for consumers’ media time. In many parts of the world, the newspaper industry — which once enjoyed high-profit margins and esteemed status — has been in prolonged decline. New digital modes of consumption and entirely new demands for consumers’ media time have significantly disrupted newspaper publishers’ traditional business models.

In emerging economies, such as SA, improving education, consumer-spending power and an increasing thirst for need-to-know news are driving a steadily growing demand for newspapers. Advertisers are following, eager to bring word of their products to this previously untapped group of consumers. SA’s relatively low broadband penetration means that publishers are, to an extent, less disrupted by the digital disruption seen elsewhere.

Digital circulation revenues globally seem to be slowly taking off but, despite a few individual publishers reporting improved fortunes, these won’t prove transformational. Publishers rightly welcome the addition of new paid digital consumers where there were previously none. The digital payment’s tipping point is, however, not on the horizon globally, and very [far] from it in SA, ensuring that publishers will want to continue to develop and maintain both digital and print revenue streams well into the next decade.

What are your expectations in terms of the satellite-TV market and online VOD services in the countries you covered?
VM: In SA, despite the perceived threat of OTT services delivered via the internet and the changes in consumer behaviour that these services are promoting, the subscription-TV business continues to successfully build its subscriber base and increase its revenues. As the new middle class emerges, so does the opportunity for operators to sell subscription-TV services, especially those that are adapted and improved to meet changing consumer expectations.

The SA TV sector has seen growth rates slow down since 2010, although both subscription and advertising revenues continue to rise, although at more modest rates. The value of the TV sector reached R30.7bn in 2013. It is expected to fall just short of R40bn in 2018, representing a CAGR of 5.2% over the forecast period. The outlook for pay-TV remains bright as incumbent TV services have moved quickly and successfully to counter the potential threat of OTT and other disruptive influences.

OTT video has been gaining ground across the developed world and although SA has not yet been shaken up by the service, companies should be, and indeed have been, adapting to the world of on-demand content.

The proliferation of more advanced TV services, such as multiscreen and VOD, will continue to be limited by the low broadband penetration. Although significant progress will be made, by 2018, fixed broadband penetration is projected to be just 13.2%. Mobile internet adoption will continue to grow more rapidly, and certain operators have responded by making some of their content available via mobile phones.

As with many African markets, satellite TV remains the leading pay-TV platform. The focus of growth will be satellite TV, while paid DTT services are expected to make an impression from 2014 and offer a viable alternative to cable and satellite, serving a round 200 000 by 2018.

You expect tremendous growth in the money people will be spending on data. How did you get to these figures and what are we cutting back on to fit it into our budgets?
VM: Despite operator concerns that the likes of Google and Facebook will take the lion’s share of the value from the internet opportunity, consumers will still need internet access to use their services. As more and more aspects of their social and working worlds are conducted online, consumers will increasingly view access as a necessity.

As a result, consumer spend on internet access will continue to grow until 2018 to generate more revenue than any other single media product or service over the next five years. For the most part, it’s a simple equation: thousands of households and millions of people will subscribe to services for the first time.

Mobile-internet access revenues and subscribers will far outpace those from fixed broadband, both in terms of growth and overall size. The central challenge for operators in emerging markets will be financing costly infrastructure rollouts, and then making devices and services affordable enough for vast numbers of lower-income consumers, while remaining profitable.

A concern for content providers is that spending on internet access may be taking share away from spending on content and services. This reflects the fact that, while internet access is primarily an enabler, for some consumers it is almost a substitute for spending on entertainment and media content — with a resulting impact on revenues.

In SA, as is the case in Kenya and Nigeria, mobile broadband services are still expensive for consumers. In SA, nearly 0.5% of a SA consumer’s average GDP per capita goes towards mobile-broadband services. Operators need to continue to assess their pricing strategies for broadband services, which impacts negatively on growth.

Were there any stats that took you by surprise?
VM: Although there is a dramatic change in the way consumers spend their money, digital revenues remain relatively small and, outside of internet-access revenue itself, digital revenues will still only account for a fraction of the overall E&M market in 2018. Without internet access included, digital-consumer revenues will increase from 2.1% of total consumer revenue to 2.7% in 2018.

The future may well be digital in SA, as with the rest of the world, but progress will be gradual and there are still plenty of opportunities for ‘old’ media yet.