by Angela Haarhoff (@ANGtheHOFF) South African radio is probably in one of its most interesting phases in recent years.

Not only have we seen the arrival of various digital platforms, introducing listeners to new ways of consuming radio, we have also seen the adoption by listeners of mobile radio. This is making radio more personal and more on the move than ever before. Although 93% of people listen to radio in a home environment, 26% are listening while on the move.

The August RAMS March-June 2014 release has come at an interesting time, so let’s take a look at the latest data: 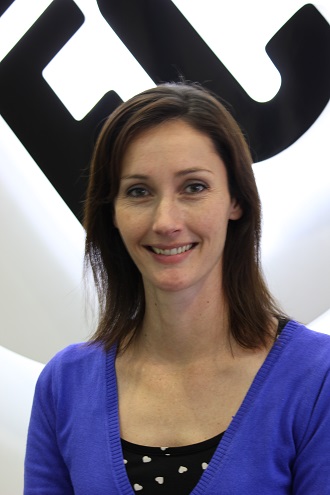 Globally, we are seeing shifts in media consumption behaviour. Radio is not immune to this.

Locally, changes in listening behavior follow adoption of new media and changes at station level such as those at 5fm.

Some large lineup changes, including the re-shuffle of DJ Fresh to a new timeslot and the very much publicised move of Gareth Cliff to more digital pastures, means that people are dealing with a mix of new voices and faces, which inevitably leads to a well-mixed recipe for station switching.

Although CliffCentral’s listenership figures may not yet be looking rock-solid, the birth of this channel has very probably given listeners a kick in the shins and allowed them to experiment and venture into new media and station areas.

Unofficial figures show that the downloading of podcasts, after the broadcast, has been the biggest area of interest for listeners of CliffCentral, allowing them to further control the content they want to listen to and when they want to listen to it. This also bypasses the issue of high-data costs, in that they can download content at a time when they have access to free or cheaper data, rather than at the time of live on-air flighting.

According to RAMS, people are listening to around two-minutes-less radio per day, which takes your average daily listening time down to 3hr 28min. The Western Cape market spends markedly less time (2hr 50min) listening to radio, when compared to other provinces, while Limpopo spends the most, at over 4hr per day.

As listeners shift their behavior, they are dipping their toes into the previously unlistened-to territory of other stations, as well as adding to their repertoire of chosen stations.

Community radio stations remain an important medium for a vast majority of South Africa. Relevant community content and reach or accessibility have ensured that these stations remain close to people’s hearts, with 23.6% collectively listening.

There have been 15 new stations, both commercial and community, launched in 2014 alone. Impressive!

With regards to the big fish, Ukhozi FM remains the largest station in SA, with 7.6 million listeners. One would think that 5fm as a media giant would be sitting within at least the Top 5, but instead just squeezes into eighth position, with 1.9 million listeners, for this diary period.

Jacaranda is an impressive regional player, with over 2 million listeners.

Very noticeable, however, is the strength of ALS stations. They make up a vast bulk of the Top 10 stations in the country, pulling very stable and solid listener bases.

KwaZulu-Natal station Vuma 103 FM has grown significantly between recent diaries, which is positive, considering how new the station is.

Although off a smaller base, new entrants into the radio arena are definitely not being pushed aside as we watch interesting growth trends emerging.

So, what does this mean for marketers, who had previously allocated spend to the trusted giants? Only that we are going to have to work harder to get the same audience to pay attention.

Radio in SA has a very important place — the success and domination of ALS stations is testament to this — and this should be duly considered.

It’s an exciting time for radio as interesting shifts in a previously ‘big-players-rule’ landscape has put the pea under the mattress of comfort and is keeping these big players awake at night.

By Invitation Only – Motive, Featured, Media