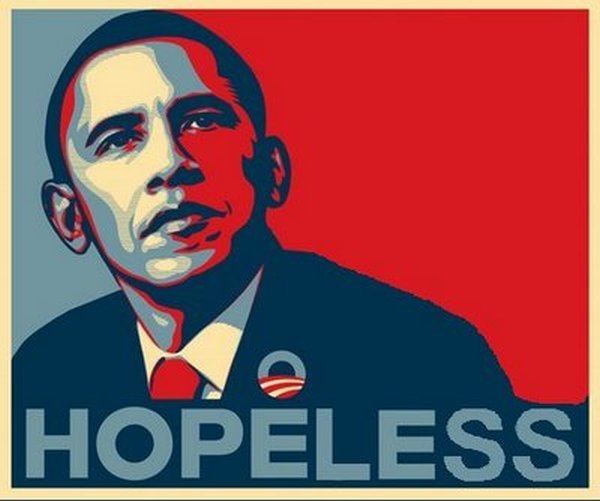 by Kevern Verney, Edge Hill University An illustrious predecessor of Barack Obama once wrote: “I am a great believer in luck, and I find the harder I work, the more I have of it.” But Thomas Jefferson didn’t have to live with today’s 24-hour media cycle – and while there’s no evidence that the current US president’s capacity for work has in any way dissipated in recent months, his luck – and more importantly his knack for media management – appears to have.

[pullquote]Over the past five years, the narrative offered by the Obama administration has often been less than appealing. As I wrote a few weeks ago on this site, the President’s defence of drone strikes and his twin failures to make any real progress on gun control and the closure of Guantanamo Bay prison have put his love affair with the liberal media in the US under a great deal of strain.[/pullquote]

Take Obama’s recent visit to Africa. The only news anyone really wants from Africa right now concerns Nelson Mandela. The symbolism of Obama’s visit to Senegal’s slave ports has been swallowed up in the bedside vigil the whole world is keeping for Africa’s greatest statesman.

The situation is fraught with risk for the US president. Any visit to Mandela’s bedside risks being seen as a cynical move by Obama to boost his flagging popularity, while his speeches will be analysed for signs that he is trying too hard to link his own civil rights credentials to those of South Africa’s first and most beloved black president. Meanwhile, away from Mandela’s hospital bed, Obama faces hostile criticism of US trade policies and a “NoBama” campaign organised by South Africa’s biggest trade union. (For an alternative view read this)

Hitting a wall in Berlin

In recent months, Brand Obama has taken a few knocks, prompting speculation as to whether he has somehow lost his mojo. Nothing illustrates this as well as the president’s recent visit to Berlin at the time of the G8 summit.

When Obama first visited Berlin during his 2008 presidential campaign he enjoyed the kind of adulation normally reserved for Hollywood “A”-listers or rock stars. His abilities as an orator were matched by a personal style that became known as “Obama cool”. A crowd of 200,000 gathered to hear him speak.

This time around, when Obama made his Brandenburg Gate speech, he did it to an invited audience of just 4,500. Speaking from notes, because of a faulty autocue, and visibly perspiring in the heat, he looked anything but cool. The press reaction, both at home and abroad, was muted.

Some commentators, like British journalists Louise Boyle and Nile Gardiner, and George Will and Ed Rogers in the Washington Post, were downright hostile. Another media event had backfired on the president. So what went wrong? Team Obama can’t be blamed for the technical problems or the weather. But they can be expected to have foreseen that Berlin was always going to be a difficult gig.

For a start there was the venue. The Brandenburg Gate is a reminder of the East-West divide in the city during the Cold War and is an important symbol of western democratic values and American ambitions.

In 1963 it was where John F. Kennedy gave his Ich bin ein Berliner speech pledging American support to West Germans against communism. It was there in 1987 that Ronald Reagan challenged Soviet leader Mikhail Gorbachev to “tear down this wall”. Living up to that sense of occasion was always going to be a big ask.

Revisiting the scene of a personal triumph was also going to be problematic. Although Obama was already a US Senator in 2008 he had only recently emerged on the international stage. That sense of newly discovered talent no longer applied in 2013. Obama’s opening remark that he didn’t “look like previous German and American leaders” may have been true, but it was a line his audience had heard before.

In 2008, when he spoke at the Victory Monument in Berline’s Tiergarten, Obama generated impossible hopes of a new era of American leadership if he was elected. He appeared to offer solutions for all the world’s problems, from the wars in Afghanistan and Iraq to the global economic crisis and climate change. Once in office it was inevitable he would disappoint.

Over the past five years, the narrative offered by the Obama administration has often been less than appealing. As I wrote a few weeks ago on this site, the President’s defence of drone strikes and his twin failures to make any real progress on gun control and the closure of Guantanamo Bay prison have put his love affair with the liberal media in the US under a great deal of strain.

Nothing has tarnished Brand Obama more than the recent revelations about the US National Security Agency’s Internet surveillance programme, PRISM.

During his Berlin visit German Chancellor Angela Merkel questioned Obama about online surveillance of German citizens. The president met with headlines in one Berlin newspaper challenging him to “open this gate” alongside a picture of Guantanamo. Amnesty International organised a protest against the base near his hotel.

Meanwhile there were some un-Obama-like gaffes: at the G8 summit in Northern Ireland the president embarrassingly forgot the first name of the British Chancellor of the Exchequer, George Osborne, repeatedly calling him Jeffrey. Jeffrey Osborne is one of the President’s favourite soul singers.

And, of course, a failure of luck – as when the landmark decision to begin talks with the Taliban, announced while Obama was in Northern Ireland with other world leaders, was greeted by the object of this concession with a fresh round of violence in the Afghan capital Kabul.

Gallup’s Obama approval poll, which has rated the president’s performance since he took over in 2009, has shown his public approval falling steadily over the past five years, from 68% the day after inauguration to 50% now. Disapproval has also risen steadily – from 12% to 43% over the same period.

Perhaps Obama isn’t so different from other American presidents after all.

Kevern Verney is a Co-Investigator of the Arts and Humanities Research Council funded Research Network on the Presidency of Barack Obama.