Ramsay shapes up to sell

by Herman Manson (@marklives) Ramsay Media is being whipped into shape in preparation for the sale of shares currently held by the Ramsay family (mostly through a family trust). Ramsay Media, publishers of popular magazine titles such as CAR, Getaway, Leisure Wheels and Popular Mechanics, was established 1933, and has seen four generations of Ramsay family members employed in the business.

The last members of that generation has however now left the business to pursue other career and business interests, and the family, minus 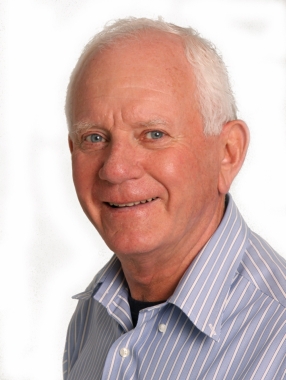 direct involvement in the business apart from Alan Ramsay (who turns a fit 71 next week), its chairman who took back the day to day running of the group at the end of last year, feels it’s time to sell.

Ramsay took a firmer hand in running the business after Ramsay Media MD Stuart Lowe left at the end of 2012. His replacement, yet to be appointed, will probably be a private equity manager with media experience who will be tasked to put the business on surer financial footing and make it more appetising for possible investors.

Ramsay says the business had a very tough 2012, but had stabilised significantly in the last few months, with budgets exceeding targets. Even in the digital age publishers need to keep their eye on fundamentals such as distribution, marketing, sales targets and of course the content of their titles, notes Ramsay.

Some internal restructuring has now taken place to give each of the major brands in the stable more agility and control over how it functions. Each now has a focussed team, rather than having to share resources, while the smaller brands have been clustered together. The events arm, which manages popular events for Getaway and CAR, will be boosted significantly, possibly through an acquisition.

In terms of the failed deal to merge Ramsay Media with content marketer Highbury Safika Media (HSM), Ramsay explains that the initial proposal was put together by Caxton, which owns a 30% stake in Ramsay. The combined business would have been a formidable presence in the publishing trade with a good footprint in both the consumer and custom publishing markets.

Caxton, who would have financed the deal, would have owned a significant stake in the combined business. Ramsay says the deal failed when both businesses questioned whether their corporate cultures would have matched and possibly doubts by HSM to add a new stakeholder (that would be Caxton) in their own business.

Ramsay says Caxton has not increased its direct stake in Ramsay Media as it is focussed on acquiring and absorbing digital assets.

Ramsay says the tough economic environment in general, and for print media in particular, affected the business quite badly last year. He also feels that the content the company produced were not meeting market needs as efficiently as it should. The scale of the business had also changed. Getaway and CAR once featured circulations of over 100 000 each. Today the websites have breached that figure while print has dwindled (Getaway to 55,424 and CAR less dramatically to 89,620) – but it hasn’t managed make up in digital for disappearing print revenue. All together it contributed to a bad financial year in 2012 – not the best time to sell a business in any case as Ramsay freely admits.

The company has also lost a number of senior personnel over the past couple of months. These include Lowe and Getaway publisher Jacqueline Lahoud as well as Robyn Daly  (contract division). Ramsay argues new talent motivates business change – and that the business would ultimately benefit.

Financial figures for March and April looked great, with a renewed focus on sales, and improvements in the advertising market, says Ramsay.

Going forward the business will maintain its investment in print, increase its investment in its digital properties and develop its events business further. Focus will remain on existing brands and Ramsay promises the company will work harder to make its content great. The reward, he believes, will benefit staff and shareholders alike.