by Masingita Mazibuko Her ascension seems instantaneous. In fact, it is as if she was never gone. I recall all the girls seeking her out.

She dominated all conversations, and all wanted her in their homes. She was a part of all childhood games such as house, dress-up and the like.

[pullquote]This re-emergence of brands deserves consideration, for there are those instances when it has been botched, and those when it has succeeded stunningly.[/pullquote]

Now she is back in my world, winning my four-year old daughter’s heart. Her name is Barbie and my daughter is steadily becoming an avid 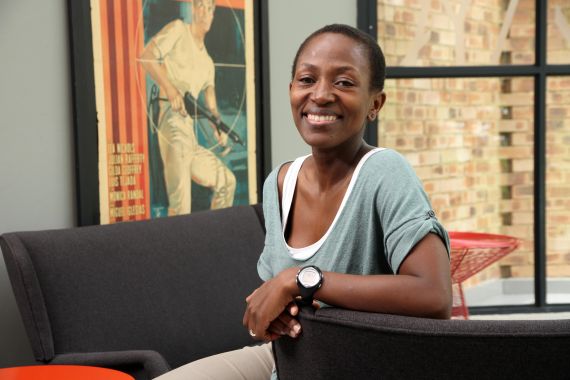 Whether it is heroes of the silver screen, toys or clothing, many a brand of yesteryear is making a resurgence and winning a place in our hearts all over again.

We seem to be inundated with yesteryear brands, those one may have considered old and gone but are today seemingly gaining increasing presence. A classic example movie goers and comic buffs will be familiar with is Marvel’s Iron Man. There’s also been the Avengers, Batman … and Star Trek.

This re-emergence of brands deserves consideration, for there are those instances when it has been botched, and those when it has succeeded stunningly.

For instance, when Mini came back to the fore in the United States, it flew in the face of a SUV trend. It managed to grow brand awareness through a clear articulation of its target audience beyond demographics to psychographic qualities that embodied the Mini mindset and coupled this with an innovative take of traditional media; for instance, the Mini riding atop SUVs as outdoor.

Think Sean Combs, a.k.a. Puff Daddy of Bad Boys records, who released the song ‘I’ll be missing you’ based on the 1983 Police hit, ‘Every Breath you take’. This evoked sufficient nostalgia yet was able to have the necessary present day appeal. Or think the TKZ hit, ‘Palafala’, which sampled Joni Mitchell’s ‘Big Yellow Taxi’.

For example, Converse All Stars are highlighted as tapping into a sense of authenticity and simplicity. In South Africa, All Stars have always been known as quintessentially township, popularly worn by Pantsulas. You always kept your pair slightly dirty to reflect a level of authenticity.

Interestingly, Converse All Stars currently has a campaign highlighting that ‘shoes keep it clean, sneakers get dirty’ thus tapping into a social dynamic.

The third element is the need to stay true and contemporise. In the evolution of any brand’s positioning, it is necessary to ensure that the brand’s root strengths are understood and are used a foundation for present day.

Audi has remained true to its ‘Vorsprung durch Technik’ as the way it does things from functionality to the way in communicates. It has managed to pull through its strengths to broaden its appeal today – the same brand with a new flavour to it.

The last element entails building a community. Communities are social constructs and brand communities emerge when the interests of the community and the brand’s behaviour and interests dovetail.

Consider Harley Davidson and the number of bikers one sees on the open roads on sunny Sunday afternoons. Think Nike and its Run Jozi events, which have created a community where aspiring runners can urge each other on.

So, one may think that a brand is dead, but at times it is worth taking a second look. Who knows what can be ignited.