Who is Dr Iqbal Survé – future owner of Independent Newspapers?

by Gill Moodie (@GrubstreetSA) Who is Dr Iqbal Survé, the man who is about to become South Africa’s  newest media proprietor if the sale of Independent Newspapers  goes through?

Yesterday it was announced that the Irish owners of Independent Newspapers had agreed to sell their  South African division  to Sekunjalo Independent Media Consortium led by Survé for R2-billion.

The deal, said a story in Business Report,  is still subject to the final agreement being signed by both parties, shareholder approval by the Irish owners and approval by the Competition Commission. 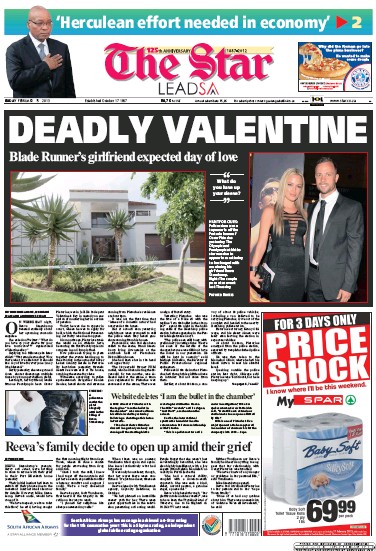 Independent Newspaper is the biggest collection of English newspaper in the country and includes The Star, Cape Times, Cape Argus, The Mercury, Daily News, Pretoria News as well as publishing phenomenon, the isiZulu Isolezwe.

This is not Survé’s only venture into media ownership and Grubstreet revealed last week that his company, Sekunjalo, was backing a new medium-wave radio station for Cape Town,  Magic AM.

The station is also backed by Cape Media, the B2B company  that publishes Leadership magazine, and is being guided through the licence application process by broadcasting veteran Tony Sanderson. The station is yet to have its licence approved by the regulator, Icasa.

Grubstreet was not able to get an interview with Survé last week or this morning but  this extensive Leadership profile of him from July  last year tells us that  he  grew up in a poor family in Cape Town and studied medicine at the University of Cape Town.

In the apartheid years, he went on to become known as the “struggle doctor” as he was close to the Robben Island prisoners  who were receiving treatment at Groote Schuur Hospital.

Having attracted the attention of the apartheid authorities because of this, he studied sports medicine so that he would not have to work in the hospital system and later he went on to to work with Bafana Bafana and the Indian cricket team.

His close association with the top ANC leaders as a doctor and adviser continued into the 1990s and beyond.

“He has accompanied presidents Nelson Mandela, Thabo Mbeki, Kgalema Motlanthe and Jacob Zuma on state visits as a captain of industry,” said Leadership, “and participates in many prestigious presidential, ministerial and public institutions and advisory boards.”

Survé and other partners started Sekunjalo in the late 1990s and it was listed on the JSE in 1999. Controversy was to follow and as Leadership writes:

From its inception, Sekunjalo only purchased controlling stakes in companies, hoping to empower black workers. In 1999, it had purchased a 11% stake in LeisureNet, a white-owned and -run South African company that operated health clubs globally and was seeking a BEE partner. As a result of an over-ambitious international expansion and two CEOs who were charged in 2000, the company went under in one of the biggest corporate scandals in South African history – resulting in Sekunjalo, as a passive investor, losing R160-million along with major investors such as Investec, Coronation, Sanlam and others. In one day, Sekunjalo’s stock dropped 44%.

Dr Survé, already a very public figure in South Africa, had to decide what to do, particularly what to tell his loyal employees who had invested so much in Sekunjalo’s mission. “It was the most difficult year of my life so far,” he admits. “At times, I wondered whether I shouldn’t simply return to the medical profession. I saw very little of my family. I worked nearly 20 hours a day that year.

“Many observers thought we wouldn’t make it. Companies of more or less the same size as ours had collapsed in similar circumstances, but we succeeded in surviving.”

And survive it has; in fact, Sekunjalo has mastered the saying: ‘What does not kill you makes you stronger.’ At the Inaugural Annual Meeting of the New Champions held in Dalian, China in 2007, Sekunjalo was identified as one of the 125 Founding Members of the Community of Global Growth Companies.

This has allowed Dr Survé to pursue other ventures – with his family, his philanthropic ventures, the numerous other boards on which he sits, and wonderful initiatives such as the Clinton Global Initiative and the WEF.

According to the July Leadership article, Sekunjalo has more than 130 investments, primarily in Africa – chiefly in oil and energy, mineral resources, defence, telecommunications and power, and is the shareholding partner to Siemens AG, Nokia Siemens Networks, British Telecom and Saab AB in their African businesses.

He has a reputation as a philanthropist internationally and the Survé Family Foundation has supported 168 projects throughout the world.

Sekunjalo was at the centre of a controversy last year about questionable tender processes involved in an R800-million contract for maintaining eight state-owned research and patrol vessels.

The government announced an inquiry into the matter. However, in April last year it emerged that the ship-maintenance tender inquiry was to become a  general commission of inquiry into the overall effectiveness of the fisheries department while the Public Protector said it would investigate the matter.