A new event concept has arrived in South Africa through the efforts of Nicola Staines – a Brit with over 12 years experience in the online and marketing industries. Staines, who worked on brands such as Microsoft, Vanguard Rental, Disney and O2, is launching TheRoom into the South African market based on the successful Econsultancy Digital Cream events.

Designed to facilitate face-to-face communication between high-level executives, allowing them to interact with their peers and discuss issues and share learning relevant to their sector, TheRoom gets to picks the delegates, while sponsors pick up the tab.

MarkLives: What is the aim of holding an event like TheRoom?

Nicola Staines: What I really wanted was for people in the same area of expertise to be able to get together and share their experiences. Being able to discuss openly with your peers what your issues and challenges are, as well as the potential opportunities is refreshing for people.

I went to a few of this style of event run by Econsultancy called Digital Cream and I loved them. It was the only event 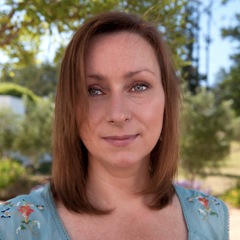 type I would choose to go to in the end. I was at O2 at the time, the largest telco in the UK. You would think that we should have known it all, and many delegates at the table thought the same. I was there to share but I also went to learn something from the likes of Amazon.

I was surprised to learn something from a small charity whose main engagement model was through social media, and they did it so well. I was even more surprised to share something with Amazon which they didn’t know. Who would have thought? This is the aim of TheRoom.

MarkLives: How did the concept for TheRoom come about and what format will the actual event take?

Staines: I began talking to Econsultancy two years ago about doing something in South Africa. Ultimately, and 18 months later, they decided that they did not have the bandwidth to support us in a partnership deal so allowed me to take the concept of Digital Cream away and run with it.

As I wasn’t allowed to use the name Digital Cream, my husband and I, who is my Marketing and Creative Director, created the brand TheRoom. The format allows people in the same area of expertise – and this first one is for digital people – to discuss together what’s going on in their line of work. They choose four roundtables to join, each roundtable hosts a different topic. At TheRoom in January we have ten topics so ten roundtables at each location, in the Western Cape and Johannesburg.

MarkLives: You are turning the traditional ‘delegate pays’ conference model on its head. How does that change the dynamics of the event?

Staines: It’s important that delegates don’t pay for the event because it means we can select those people we feel should be there. It makes it more exclusive but it also means that the content which comes out of it is ultimately much more useful than standard conference material. It’s more in depth, and it’s certainly more real. The delegates will talk about issues that arise in their working life; it is not a platform for organisations to put up the standard slides and present the ‘tip of the iceberg’ stuff. I think it makes the day more engaging. The content which comes out of it is also richer and this stand to benefit everyone involved.

MarkLives: How are you selecting delegates – I know you have limited seating available.

Staines: I started with the organisations. I know that there are some companies who are prolific online and they are the obvious choice, but there are also a vast number of companies out there who are not so obviously online, or who want to be online, who will benefit a great deal from the day.

Within those companies I have selected people who are responsible for digital presence, operations and marketing. The delegates range from Marketing and Brand Managers to Online Heads, and in some cases we also have Directors.

Some of the companies we have coming are Woolworths, Pick n Pay, Kalahari, Groupon, Comair, Media24, L’Oreal, ABSA, DSTV and Engen.

The delegates are senior level influencers and decision makers in their organisation. The space is indeed limited so the selection criteria is quite rigorous. We are also reviewing suppliers and agencies but as we have so many applications, preference will have to be given to client-side delegates.

MarkLives: You are planning to finance the event through sponsorships. Why would a company want to sponsor free access to The Room for delegates?

Staines: Sponsorship, or hosting as we call it, is key to the success of the event. There are really only three sides to the event; delegates, facilitators and sponsors. The circle isn’t complete without the sponsors.

The reasons they would host the event are very tangible. Clearly they will have substantial brand visibility amongst these very influential people in business, and they will be able to network with them knowing they are decision makers and influencers. As host to a roundtable a sponsor is able to send a representative to the event to sit on that roundtable during the day.

This affords the sponsor organisation the opportunity to introduce themselves and their company, but to also be as wholly involved in the discussions as the delegates are. From this they can gain market insight and information to help them extend or improve their client offering.

After the event we will produce a report from the tables’ insights which will be branded by the sponsor. With four sessions during the day and up to 30 organisations joining in the discussion, the insights will make great content, from trends to key issues and opportunities.

We will send this report out to all the delegates and the sponsor will be able to use the document to share with their clients. And of course there is the marketing before and after the event! I can’t reveal to much about our hosts, but I can say the first company to sponsor us was Adobe.

MarkLives: You are offering Econsultancy reports to delegates – where do they fit in with TheRoom?

Staines: Econsultancy want to support the TheRoom as much as they can, and a free report from them for attendees is a real benefit. This report is given to all attending delegates and is worth over R3,500. Even our sponsors will be able to take advantage of this offer. We can also offer the African market 20% off Econsultancy membership. They are definitely invested in the market and we intend to provide more from them as time goes on.

MarkLives: In terms of the range of topics up for discussion – which proved of particularly interest to potential delegates during this initial registration phase?

Staines: It’s interesting that the range has been quite close which suggests that the topics were a good choice. But there were some which stood out, in particular Analytics, Content Strategy, Social Media and Customer & User Experience.

Choosing analytics and content strategy is no surprise really, as these are areas which become ever more important to an organisation’s digital planning. Social Media is always popular, I think we all know why! TheRoom will be hosting a day on Social Media in July to really drum down in to the key topics which will come out of the discussions at January’s event. Customer & User Experience is gaining more interest now which is exciting to me, it’s a passion of mine and also a future event; TheRoom is planning to host a day on Customer Experience in June.

MarkLives: Who will be some of the facilitators at the different discussions?

Staines: We have engaged some really great people to facilitate and I am excited that they have jumped on board with no hesitation. Our list is nearly complete for the Western Cape day, including Kath Sharfman, MD of Fast & Remarkable, Jess Kuppan who owns HXN Digital, Jon Atwell from Zando, Kate Wolters of Added Value and Sarah Blake, an independent Digital and User Experience consultant. In Johannesburg we are pleased to have Amanda Sevasti from Ogilvy on board, as well as Heidi Brauer of heidibeeee and Mel Attree from Cerebra. We are talking to some other great people too. I have chosen the facilitators carefully, wanting people who are passionate about the digital space and invested in being part of something new, fresh and exciting. These are people who know their stuff and that’s important in a facilitator because they will need to direct and provide stimulus to the conversation, as well as understand capture the key issues and opportunities coming out of the conversations.

The first of TheRoom events will be held in January. To apply to attend or to become a host, contact nicola at jointheroom.co or visit www.jointheroom.co for more details.