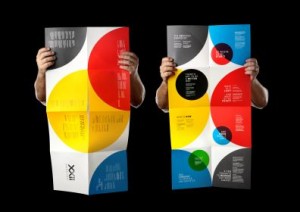 and moved in with the launch team of money management service 22seven.

The brainchild of Christo Davel, best known for his work on 20Twenty, the ground-breaking online bank that folded alongside Saambou, the Derrick team had been commissioned to move into the new start-up for a two week stint that made them feel like part of the start-up (and worked them just as hard!) rather than an agency apart.

22seven needed things to happen fast, in real time, and the procedures and processes in place at ad agencies was going to be a hindrance. So it all got tossed out the window. And while it was an exciting ride it did highlight vulnerabilities on both sides of the client/agency divide.

Tronchin says the view ‘from inside’ provided quite a different perspective on the business and it was wonderful not be bogged down with all sorts of internal corporate machinations – access was direct and quick. At the same time it did make it harder to keep perspective – as would be expected from living and breathing a project with such intensity.

The advertising/communication was evolving alongside the product, says Tronchin, leaving the team take much greater responsibility for its 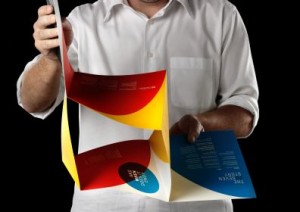 ultimate success, and turned them all in salesmen for the new service.

An embedded agency requires physical and structural flexibility. Hoppé says it also requires a brave client who is sussed in how creative teams work and who subscribes to a collaborative work model.

In a start-up you work with a blank sheet and a slimmed down management structure. It’s very much a trust relationship that is built between the agency (now part of the launch team) and the CEO, something Derrick enjoyed with Davel, who shared sensitive intellectual property with the trio.

Embedding an agency with a client means leaving your own culture at the door, says Hoppé, and adapting to the culture prevalent in the new work environment. Reviews no longer take place inside the agency but directly with the client, something Hoppé says is in the best interest of the client in any case. The agency also take on a different level of responsibility and is now closely associated with the perceived success or failure of the launch of a project.

Embedding the agency meant it could do in three-four weeks (two weeks inside, two weeks back at their own offices) that which would normally have taken three to four months, says Hoppé, as creative talent runs at its full potential dedicated to a single project and the team cuts out ‘time destroying stuff’.

Derrick was involved in the pre-launch phase of 22seven which included communication to beta users as well as the actual launch. It had to explain to beta users what 22seven does while the product was essentially still in development – something achieved through gamification.

Tronchin says by embedding the agency it built emotional links to the people they worked with (and for). “That’s a good thing and I wish we could do that with all the brands we work on,” says Tronchin, who is careful to add that this will only work with certain, and certain kinds of clients.

– News you’ll make time for. Sign up for our free newsletter!